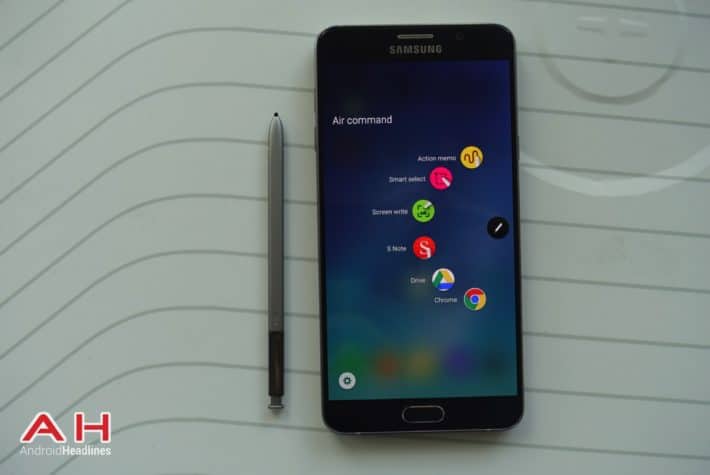 The Android 7.0 Nougat update for the Samsung Galaxy Note 5 started rolling out in Canada, as some owners of the 2015 phablet took to Reddit to confirm they're now receiving the new software. Initial reports of the update launching in Canada emerged early on Monday, with both Bell and SaskTel being confirmed as carriers that are now distributing the software. It's currently unclear whether other mobile service providers in the country have already started pushing out Android 7.0 Nougat to Galaxy Note 5 units on their networks or when are they planning to do so if they aren't. Regarding Bell and SaskTel, both companies are distributing the new software package as an over-the-air (OTA) update that's being rolled out in stages and will likely take several days to become fully available throughout Canada. Regardless, the update is now definitely on its way, so Canadian owners of the Galaxy Note 5 won't have to wait too long before they get to enjoy a newer version of Google's operating system on their devices, at least if they use either Bell or SaskTel.

Galaxy Note 5 users who are keen to install Android 7.0 Nougat as quickly as possible can always opt to search for the new software build manually, which can be done through the Settings app of the device, i.e. the "Download software updates" option located in the "About device" section of Settings. Naturally, that course of action isn't necessary as your Galaxy Note 5 will periodically scan for new updates and prompt you to install Nougat once the software package is available for download. Previous reports of Nougat build for the Galaxy Note 5 rolling out in other countries revealed that the update is well over 1GB in size, so make sure you have enough free storage space on your device, connect to a Wi-Fi network, and ideally let your phone charge while it's downloading the update or at least don't start the installation process before you have at least 50 percent of battery left.

Seeing how the Galaxy Note 5 initially launched in August 2015 running Android 5.1.1 Lollipop, the upgrade to Nougat is almost certainly the last major iteration of Google's OS that this particular model will officially receive from Samsung and its wireless carrier partners.