Android Nougat has now increased to being on 4.9% of all devices for the month of April of 2017, which is a 2.1% lift compared to the Android Distribution numbers for March which saw Android Nougat at 2.8%, which was made up mostly of Android 7.0 at 2.4%, while the remaining number was Android 7.1 at 0.4%. For this month, Android 7.1 Nougat has stayed stagnant and is at the same exact percentage of all devices but Android 7.0 has seen a jump from 2.4% to 4.5%, making the increase come entirely from this version of Nougat.

While Android Nougat devices are increasing in number as more and more manufacturers continue to push the software update out to the devices which they have confirmed and scheduled to see the version bump, Android Lollipop still commands the highest number of devices, with a total of 32% between versions Android 5.0 and Android 5.1. Android 6.0 Marshmallow is still mostly the same for this month, although oddly enough it decreased from the 31.3% of device share it had in March of 2017 to 31.2% this month, showcasing that more Android 6.0 devices were being upgraded to Android 7.0 than Android 5.0 and 5.1 devices were being upgraded to Android 6.0.

Android KitKat, Android Jelly Bean, and Android Ice Cream Sandwich all went down in device share percentage, although not by a huge margin. This month, Android KitKat has dropped down to 20% of devices compared to last month’s 20.8%, while Jelly Bean is now only on 10.1% of devices, where last month it was slightly higher with the total amount between all versions of Jelly Bean sitting at 10.6%. Lastly, Android Gingerbread also decreased, though again, not by much as it only went down from 1% to 0.9% of devices. As Google gets closer and closer to releasing a public version of the next Android software update, which is currently being referred to as Android O, Android Nougat adoption will continue to increase as Android O likely won’t be out until the Fall, and that’s a good five to six months away and plenty of time for manufacturers to send out their Nougat updates, and at which point a handful of the devices that are currently on Android 7.1 Nougat will move off of it to Android 8.0. 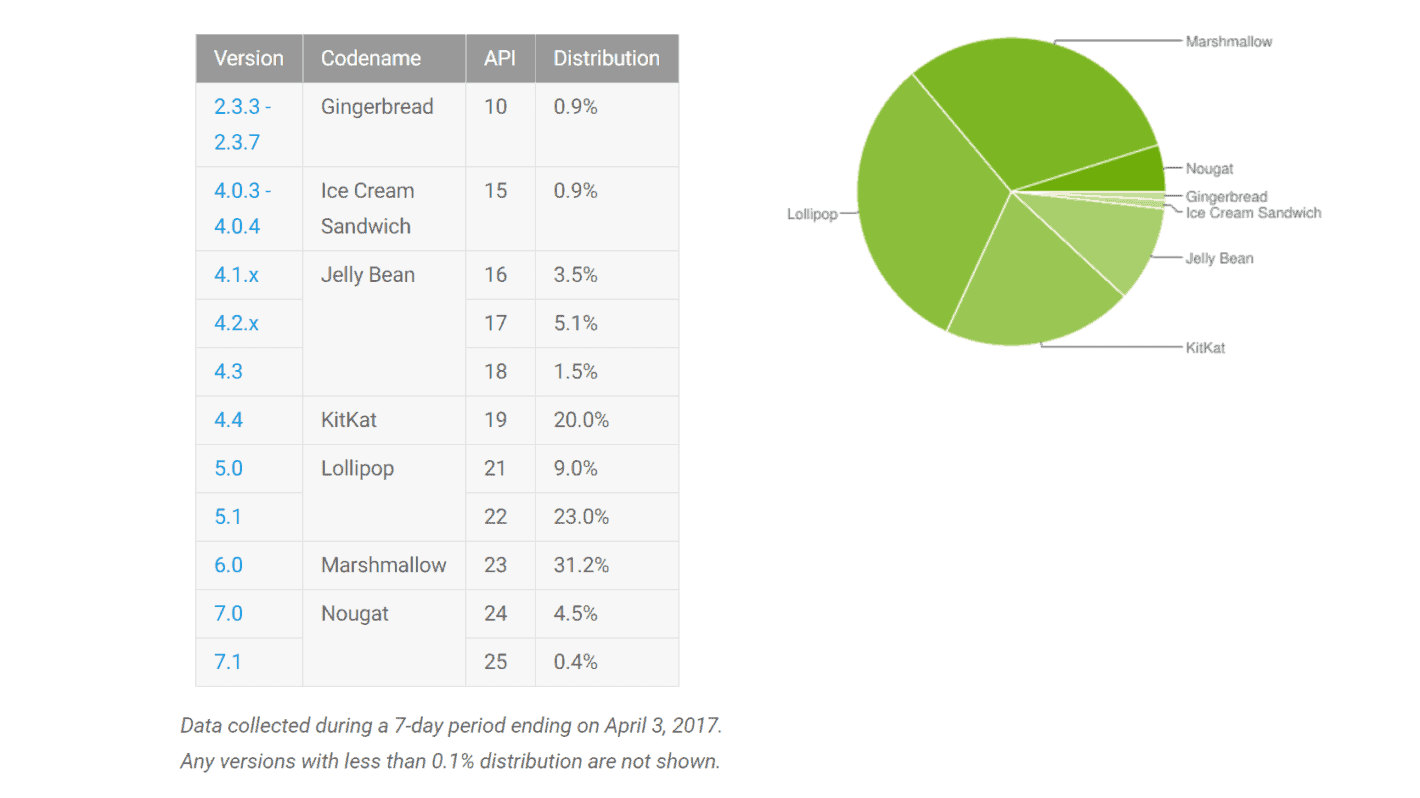