Samsung's biggest flagship devices are still on Android 7.0 (Nougat) as of right now, including the demo units of the yet unreleased Galaxy S8 and the Galaxy S8 Plus, but the results of an APK teardown of two Samsung apps seem to imply that the Android 7.1 could be hitting Samsung devices soon in one way or another. The apps in question are S Health and Game Tuner, both of which already boast support for the Galaxy S8 and Android 7.1, which makes it all the more certain that Samsung will be getting their newest flagships onto the latest non-developer version of Android soon, and other Galaxy devices may be getting an update in the near future as well.

Regardless of the evidence provided by recent APK teardowns, more than a few questions remain. For starters does Android "7.1" meant to denote Android 7.1, 7.1.1, or the newest 7.1.2 version that recently hit Pixel and Nexus devices? A slightly older version is certainly a possibility since Samsung has a tendency to stick with older software versions for a while and simply port in features from newer ones. Another question is exactly when this update will hit the newest Galaxy flagships. Since the phones are scheduled to hit store shelves with a slightly outdated version of Android, an on-release update could be in order, but there has thus far been no word on the matter from Samsung.

A bigger question is which devices, if any, will be updated to Android 7.1 alongside Samsung's upcoming pair of flagships. The newest version of Android brings a number of performance improvements and subtle tweaks over Android 7.0, but many devices in Samsung's portfolio are yet to even receive the update to Android 7.0 or have just recently received it. The Galaxy S7 and the Galaxy S7 Edge come to mind, as their carrier variants in the United States just finished their update cycles back in February. The Galaxy Note 5 is also a possibility, though it's still awaiting Nougat in the US on every network except Sprint. All of this leaves the timeline for Android 7.1 updates for older Galaxy devices quite hazy, though more details on the matter may follow soon. 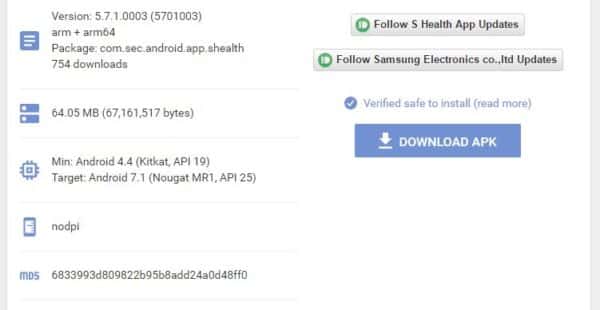