Amazon’s Prime Exclusive Moto G4 is now receiving the jump to Android 7.0 Nougat. As it is a major update, you can expect a lot of changes in terms of software. Android 7.0 Nougat brings a redesigned user interface and also a number of new features have been introduced including split screen mode, one-handed mode and others to the Moto G4. The update package comes with the build number NPJ25.93-14 and it is rolling out to Moto G4 units which carry the model version XT1625, which is the Prime Exclusive variant from Amazon. Other than the Android 7.0 Nougat update, the changelog doesn’t mention any improvements or fixes, and there is also no mention of the latest security patch.

As the package is being rolled out as an over-the-air (OTA) update, it might take a while before all users receive it. The system will automatically prompt you to download and install the update when it is ready for your device. However, if you can’t wait, you can manually check for the update by simply heading to the Settings app. From there, tap the “About device” option and then select “Software updates.” If the update is indeed ready for your device, you will be given the option to download it. According to Motorola, it will take approximately 30 minutes to install the Android 7.0 Nougat update. It is also best to download the update package while connected to a Wi-Fi network as it is a pretty sizable update.

The Moto G4 was launched back in 2016 and it happens to be a mid-range device. It packs a 5.5-inch 1080p IPS LCD display which is protected by Corning Gorilla Glass 3. Under the hood it is powered by a Qualcomm Snapdragon 617 processor while graphics are handled by an Adreno 405 GPU. Memory wise, the Moto G4 runs on 2GB of RAM and sports 16GB / 32GB of internal storage which is expandable via a microSD card. For optics, it sports a 13-megapixel camera on its rear assisted by a dual-LED flash and it also has autofocus. Selfies are handled by a 5-megapixel shooter on the front. Keeping the lights on is a 3,000mAh battery which is non-removable. 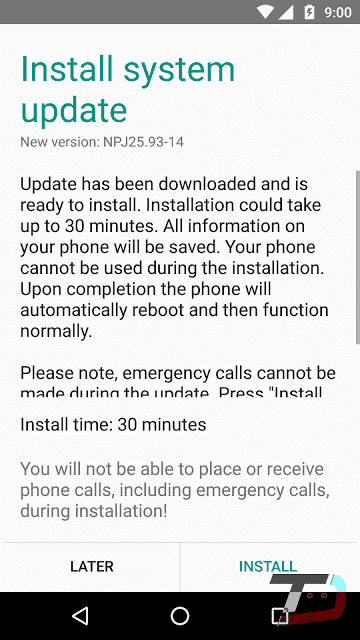