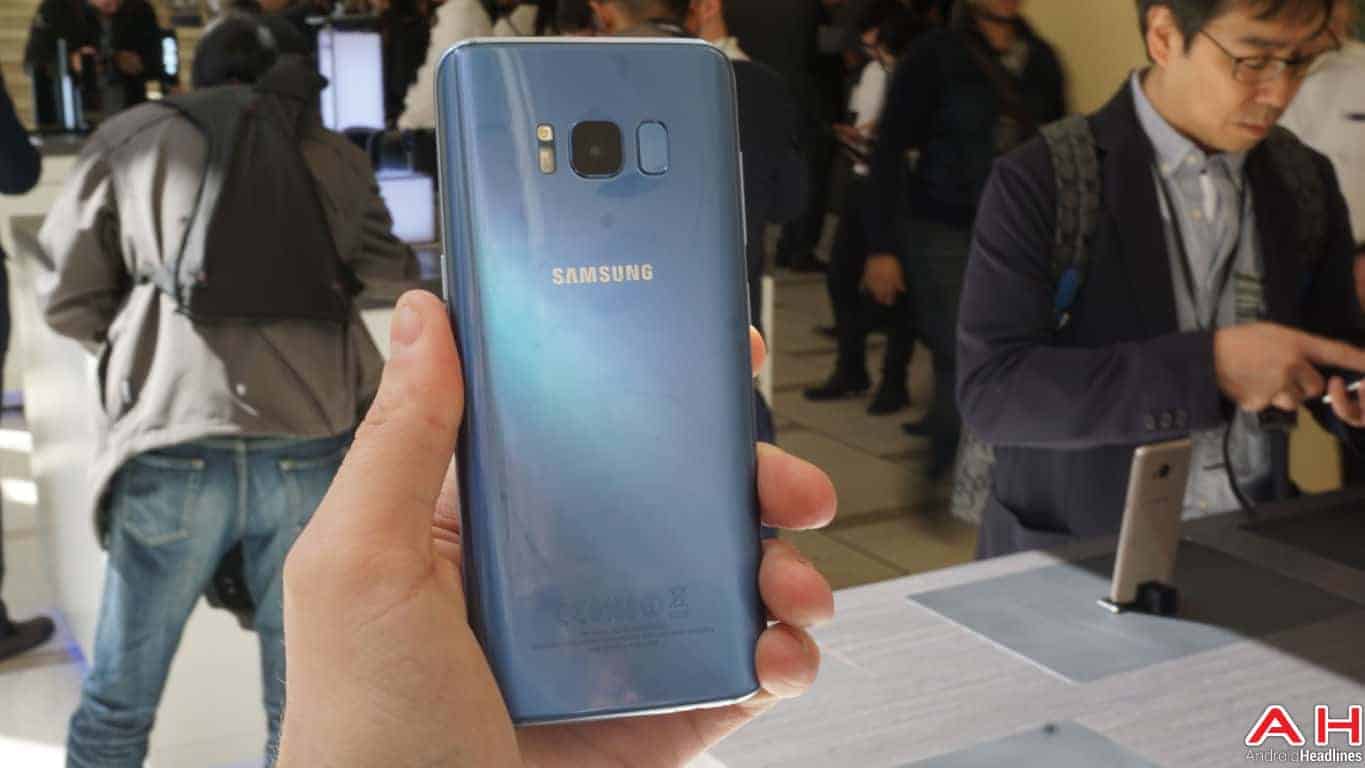 Samsung’s Galaxy S8 and Galaxy S8 Plus are a pair of beautiful devices, which means that somebody has to see what it takes to render one or both of them ugly and shattered, and the first person to do so is TechRax. The design of the Galaxy S8 is complex and nuanced, with twin glass panels forming a natural, easy-to-hold panorama centered around the infinity display. The whole thing converges around the user interface to create a natural, premium experience, and apparently shatters pretty wickedly from a five-foot face-down drop onto concrete. A good case and screen protector may be a good idea.

The Galaxy S8 was chosen for the test, rather than its larger sibling, but the Galaxy S8 Plus would likely meet a similar fate, given the circumstances. Both without a case on them, a Galaxy S8 and a special red iPhone 7 were both dropped onto concrete from five feet up. The first drop was on the side of the device; the iPhone 7 fared okay, with just a few dings to show for it, while the Galaxy S8 came out looking almost brand new. Things took a much more cringe-inducing turn when the devices both met the pavement head on. Samsung’s new flagship came out of the affair in pretty rough shape. The screen was completely shattered in multiple places, and the back and sides were well worn. The phone did still work, though; the damage was purely cosmetic, aside from decreased water resistance. The iPhone 7, on the other hand, met its maker, becoming fully inoperable and unresponsive on top of numerous cracks.

It shouldn’t exactly come as a surprise that Samsung’s newest glass sandwich is roughly as durable as the previous one. Luckily, with Samsung’s Galaxy S lineup being as popular as it is, multiple accessory lineups were trotted out before the phone was even released, and more are sure to come; whether you’re looking for barely-there protection against the occasional brush with the ground, or you need the phone to come hiking with you, the right accessories are either already out there or will crop up in the near future.