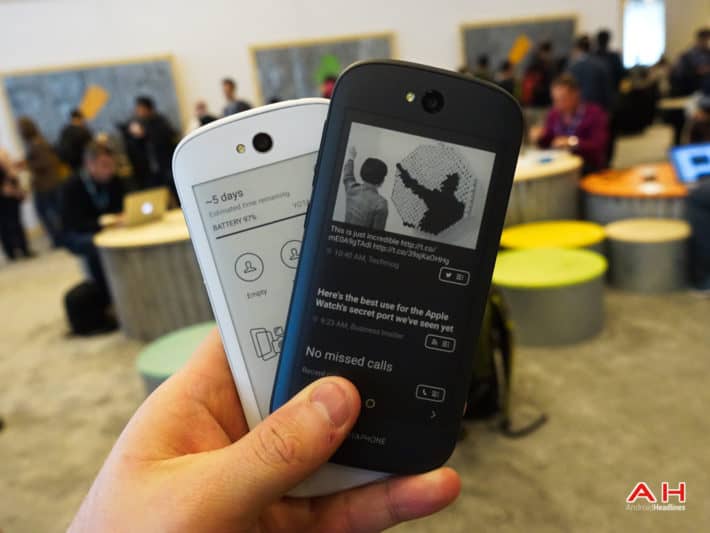 It seems the YotaPhone 3 is still on the way, according to a recent message sent out on Instagram by the official YotaPhone account. The message explains that the company is still “developing the third generation of the smartphone” although no firm details on when the YotaPhone 3 will become available were provided. Instead the social media message simply asks those interested, to stay tuned.

While the YotaPhone 3 was not mentioned specifically, the translated message does clearly state that this is a 'third generation device' which does lead to the assumption that it will be the YotaPhone 3, in contrast to the first of a new line of smartphones from the company. Not to mention the fact that the message came through the YotaPhone dedicated account specifically. Although, it is worth keeping in mind that this is a smartphone that has seemed to be in development for quite some time now. In fact, very little has come through on this phone since 2015. Back then, during May of 2015, Yota did confirm that they were indeed working on the YotaPhone 3. Although by September of the same year, there seemed to be some discrepancy as to whether the YotaPhone 3 would run on Android or Jolla. In either case, the suggested arrival time was being touted as ‘in 2016’. Although in spite of it now being near the end of Q1 in 2017, there has been little to no news coming through on an upcoming YotaPhone. That is, until this message.

The YotaPhone range is one which garnered considerable attention when the first devices launched, as unlike most other devices at the time, the YotaPhone and YotaPhone 2 had a very unique selling point – it came with two displays. And not like two displays that you will find on the likes of the HTC U Ultra or the LG V20. Instead, the YotaPhone range came with a standard LCD display on the front and an e-ink display on the rear. Which made these very unique looking and functioning devices. Needless to say, a third-generation smartphone boasting a similar feature with updated specs and capabilities, would likely garner just as much attention if and when it is released. In the meantime, and as Yota mentioned, those interested in any new developments – might want to stay tuned to the company’s social media accounts for further details.