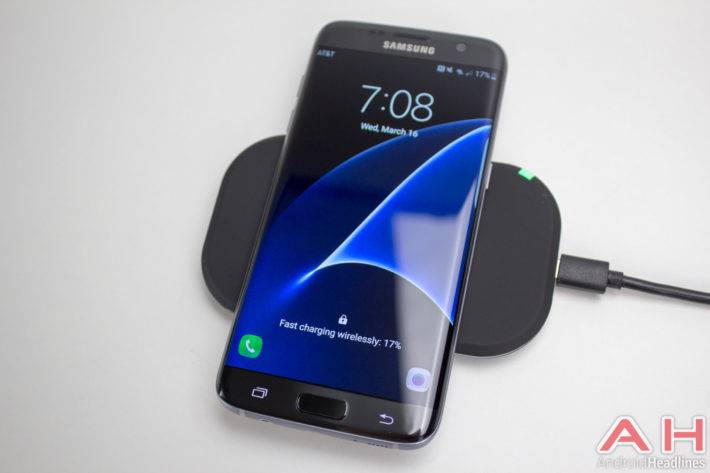 It would seem that wireless charging technology is slowly but surely becoming a standard in the smartphone world. Manufacturers like Samsung have implemented wireless charging in their flagship phones for the past couple of years, and Apple is also expected to switch gears and implement wireless charging in its next flagship phone in the second half of 2017. However, progress in this area has been rather slow on account that current wireless charging solutions don’t see eye-to-eye with unibody metal chassis. This is one of the reasons why Samsung’s latest flagship phones flaunt a back panel made of glass as opposed to metal: to allow electrical current to travel from the charging station through the smartphone’s body and into the charging coil under the hood. This change in design philosophy appears to have increased the demand for glass and ceramic-based smartphone chassis, and component manufacturers are reportedly looking to improve yield rates and costs by implementing a new manufacturing process called PDC. According to the source, the PDC manufacturing process is a lamination method based on chemicals used to etch nanometer holes onto the surface of raw material including glass and ceramic. In turn, this allows manufacturers to use an injection method of laminating materials with plastic.

Reportedly, this new manufacturing process can drastically improve yield rates and diminish costs, and the source goes on to mention that an unnamed US-based smartwatch vendor already adopted PDC technologies in creating its products. Additionally, several unspecified smartphone manufacturers in the US, Japan, China, and Taiwan have reportedly already shown interest towards PDC technology, indicating that they may be looking for cost-effective solutions for implementing wireless charging capabilities into their future smartphones. Could wireless charging represent the turning point of smartphones switching from metal unibody designs to glass and ceramic chassis? Only time will tell, but in theory, PDC would at least allow more smartphone makers to use a wider range of materials in constructing their devices.