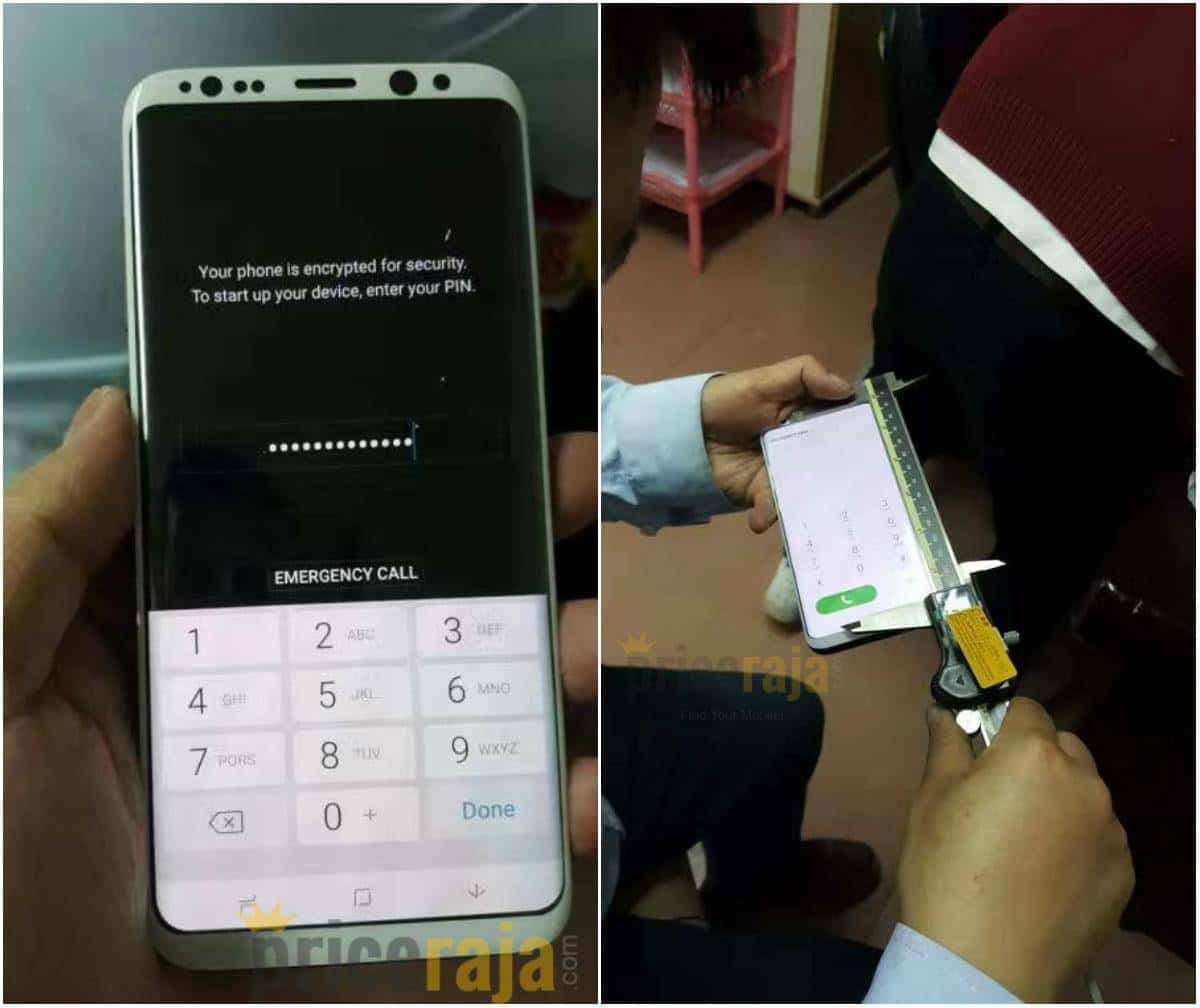 The Samsung Galaxy S8 leaks are constantly coming in, it has been that was for months now, and two new images just surfaced. This is actually the second Galaxy S8 leak of the way, as three images surfaced earlier today and gave us a great look at Samsung's upcoming flagship. That being said, this time around we get to see the device yet again, This seems to be the device's white variant, and along with the phone's design, we get to see its on-screen buttons, and a dialer. The phone is being measured in the second image down below, but the image is too small, and the device is too far away in order to see its exact height / length.

This design goes hand-in-hand with a number of other Galaxy S8 leaks we've seen recently, and considering how many identical designs surfaced over the last couple of weeks, we're pretty sure this is the upcoming Galaxy S8, this is its final design. As you can see, there are quite a few sensors above its display, the front-facing camera, proximity and light sensors are up there for sure, and perhaps even the front-facing LED flash, though we'll have to wait and see what exactly did Samsung include there, we're only guessing now. In any case, this phone's display corners will be curved, similar to the ones on the LG G6, and as you can see, very thin black bars are present around the display. Speaking of the display, we're looking at a slightly curved panel here, the display will be curved on its sides, though it seems like it will be less curved than the Galaxy S7 Edge's panel.

Samsung will introduce this smartphone on March 29, and chances are that the Galaxy S8 Plus will be announced next to the regular Galaxy S8 model. Samsung already confirmed that they'll host an Unpacked event on said date, so that info is official. The Galaxy S8 will be fueled by the Snapdragon 835 in some regions, while in other regions Samsung will almost certainly pack in their very own Exynos 8895 SoC. The Galaxy S8 is rumored to sport a 5.8-inch display, while its 'Plus' variant will ship with a 6.2-inch panel. We're looking at QHD Super AMOLED displays here, in case you were wondering, and both of these phones will sport Android Nougat out of the box, with Samsung's very own custom UI on top.

Advertisement
Trusted By Millions
Independent, Expert Android News You Can Trust, Since 2010
Publishing More Android Than Anyone Else
42
Today
58
This Week
550
This Month
3062
This Year
104541
All Time
Advertisement