Samsung’ Gear VR Controller may not be entirely new since the announcement actually happened in February, but at that time the price information of the controller wasn’t released. Now that Samsung’s Unpacked event is over with there is more detail on the controller and what consumers can expect to pay to pick one up, as well as when they can make the purchase, and now that the pricing and availability details are out in the open it’ll be interesting to see if the controller has an effect on the number of people who end up wanting to grab the headset and whether that number stays the same or whether it increases.

The controller will end up costing consumers $39.99 if they wish to pick it up separately from the Gear VR itself, but it will also be available in a bundle with the headset for those who don’t have one, and this total price will be $129.99. It launches on April 21st so there are still a few weeks ahead before consumers can buy one, but that will be plenty of time for them to consider the notion of diving into VR and it couldn’t come at a better time with the release of the Galaxy S8 and Galaxy S8+ just around the corner. The Gear VR hasn’t had too much trouble becoming popular with consumers, and this shouldn’t be too much of a shock as its software is powered by Oculus and now provides a fairly rich user experience, and the hardware is handled by Samsung and it actually has a quality build as well as an affordable cost compared to the more high-end alternatives. Despite the quality build though, navigation on the headset is not the best and this is because before now you were left with either using the integrated touchpad on the headset or connecting a Bluetooth gamepad, which, is less than ideal when it comes to the form factor, at least compared to the Gear VR Controller. 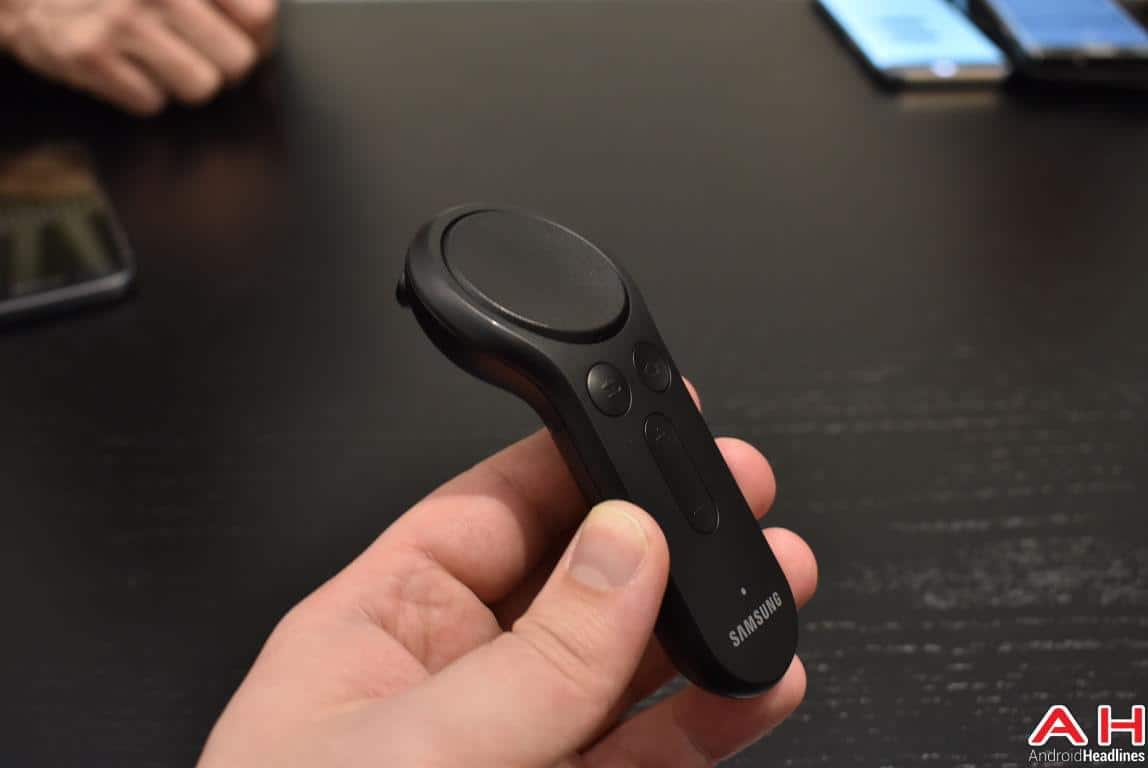 The nice thing about Samsung’s controller is that it feels much more ergonomic and much more comfortable and natural to hold. It allows for a more seamless user experience as every button you need is right there in one hand. The touch pad for scrolling and clicking it for selecting content, the volume buttons for managing the audio, the back and home buttons for easily going back a screen or getting right back to the new Oculus Home interface, and there’s even a trigger button on the back which will surely come in handy for games where you might need to hold a weapon and shoot at enemies. Of course there are sure to be many other uses for the trigger too. The controller is also lightweight and it shouldn’t be uncomfortable even after extended periods of use, so with things now heading towards being this easy in regards to navigation of content and with Samsung’s new phones on the way, perhaps the Gear VR will get a boost of popularity and adoption by more consumers.

There’s no doubt that Samsung has helped to popularize the VR market in terms of getting more consumers interested in the platform, as they’ve provided an affordable entry point that can reach more people. The question is whether the release of the controller will either get more people to buy into the headset or get more people to engage more with the ones they already own now that they have an easier and more enjoyable way to interact with the interface.