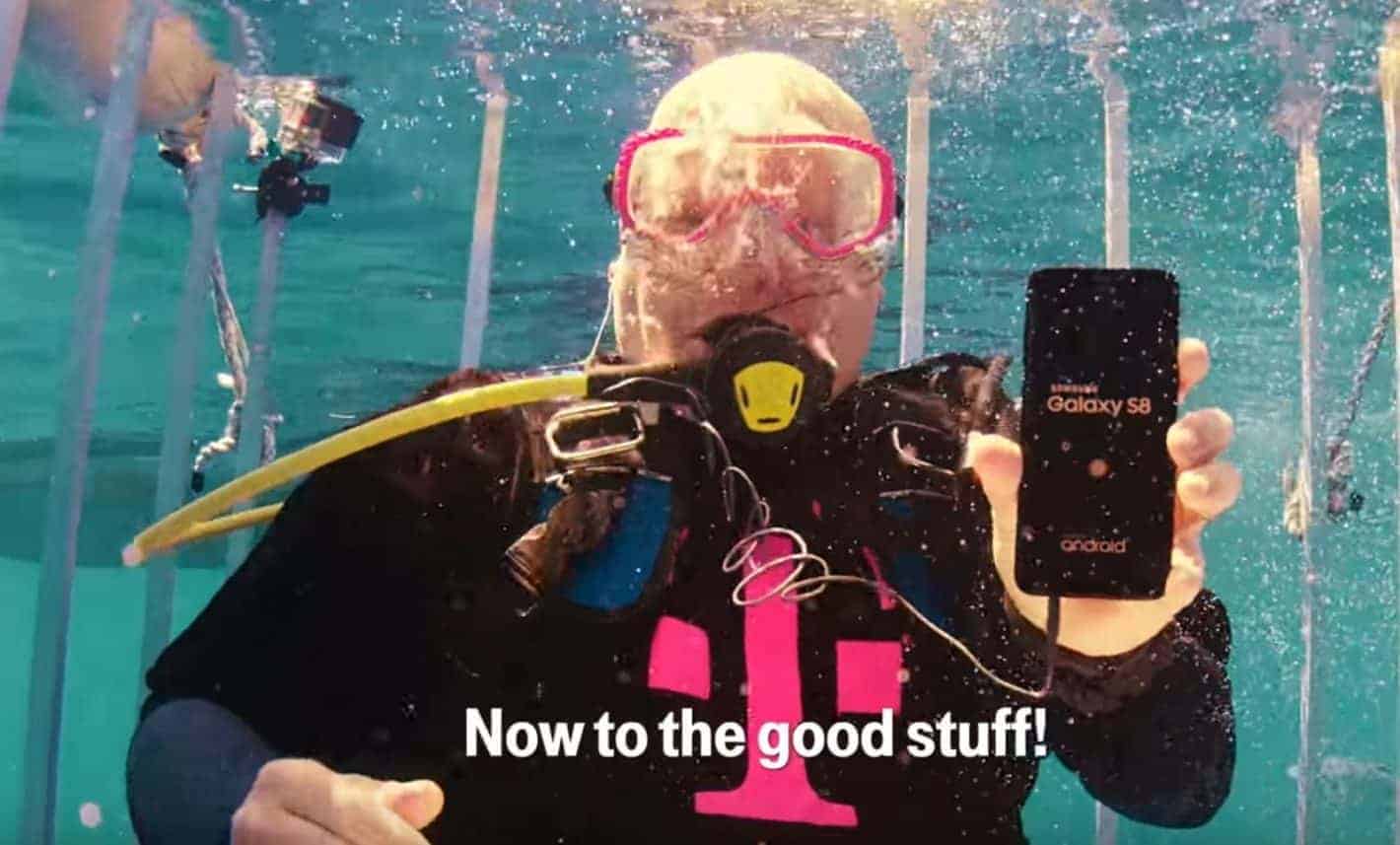 T-Mobile just published a video of its Senior Product Manager Desmond Smith unboxing the newly announced Galaxy S8 underwater, surrounded by sharks and some less menacing fish. Filmed in Wes Palm Beach, Florida, T-Mobile’s latest promotional video isn’t particularly concerned with offering a good look at Samsung’s latest Android flagship as much as it aims to entertain, but that isn’t a huge issue seeing how the Seoul-based company already revealed virtually every important detail about the Galaxy S8 and the Galaxy S8 Plus. Regardless, Smith, i.e. the person who subtitled the video did manage to mention some key features of the latest high-end Android phone, including its Infinity display, facial recognition capabilities, and the 12-megapixel rear camera that even recorded some footage used in the video. You can watch T-Mobile’s Galaxy S8 underwater unboxing video below.

While the Uncarrier will officially start shipping Samsung’s latest flagship duo on April 21, it wouldn’t be unprecedented if some early buyers receive their smartphone even before that date. Regardless, both the Galaxy S8 and the Galaxy S8 Plus are expected to be big hits among consumers that will help Samsung bounce back from the Galaxy Note 7 debacle.