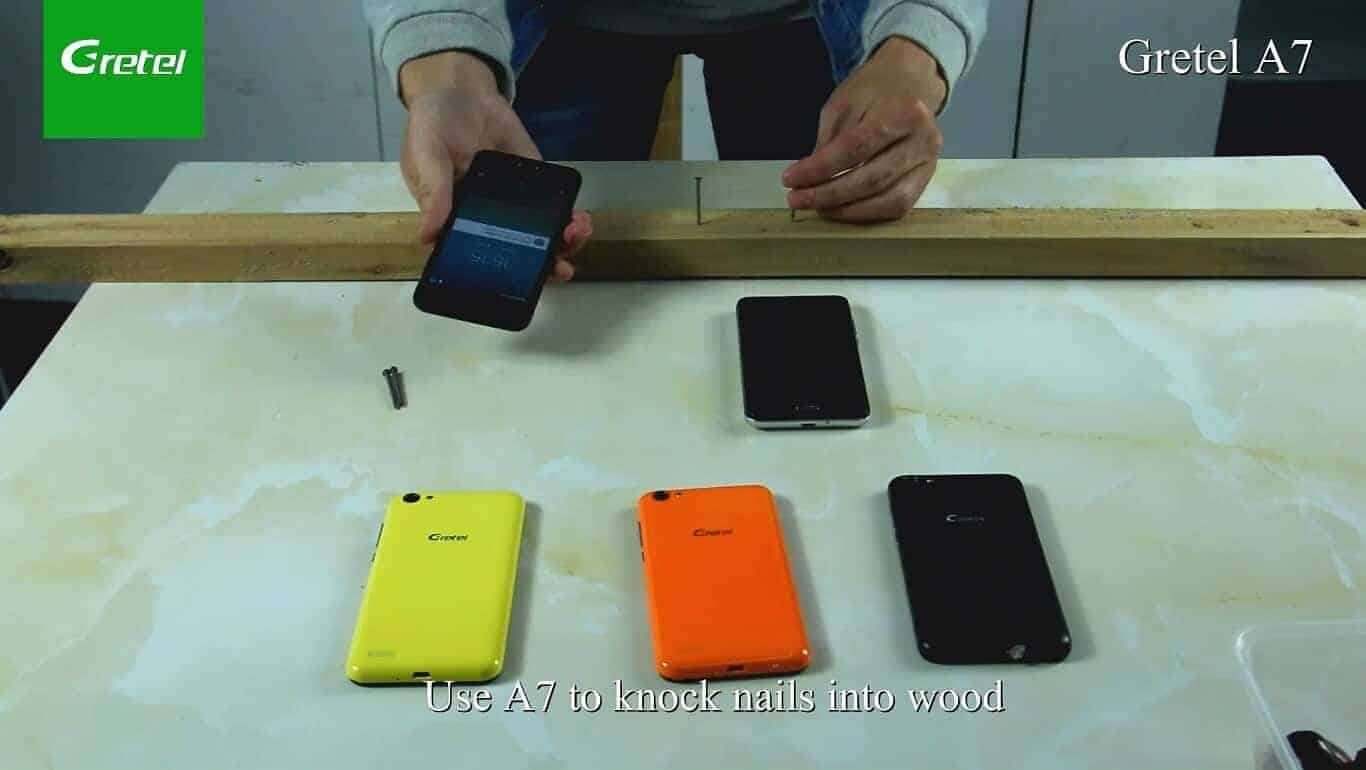 While Gretel already has a new device currently in a pre-order status, the Gretel A9, it now seems as though the company is preparing to release another new model, the Gretel A7. The big selling point with this one clearly seems to be its durability, as a new video of the Gretel A7 has come to light which highlights the smartphone surviving a number of durability tests.

Unfortunately, besides the durable build quality and protected glass, not a lot else is currently known about the Gretel A7. Likewise, very little else can be drawn from the video. Although the video does provide some insight into some of the design aspects of this upcoming smartphone from Gretel. For instance, the device seems to be a smaller sized smartphone and does include a home button on the front panel. So it is likely that the Gretel A7 will be positioned as a smartphone that is ideal for one-handed use. It is also being said that the Gretel A7 will be the first 3G smartphone to come equipped with a Samsung camera sensor. That is, in addition to the included Corning Gorilla Glass and JDI touch-equipped display shown off in the video. Those interested in seeing how the Gretel A7 holds up during the various torture tests, can check out the video in full below.