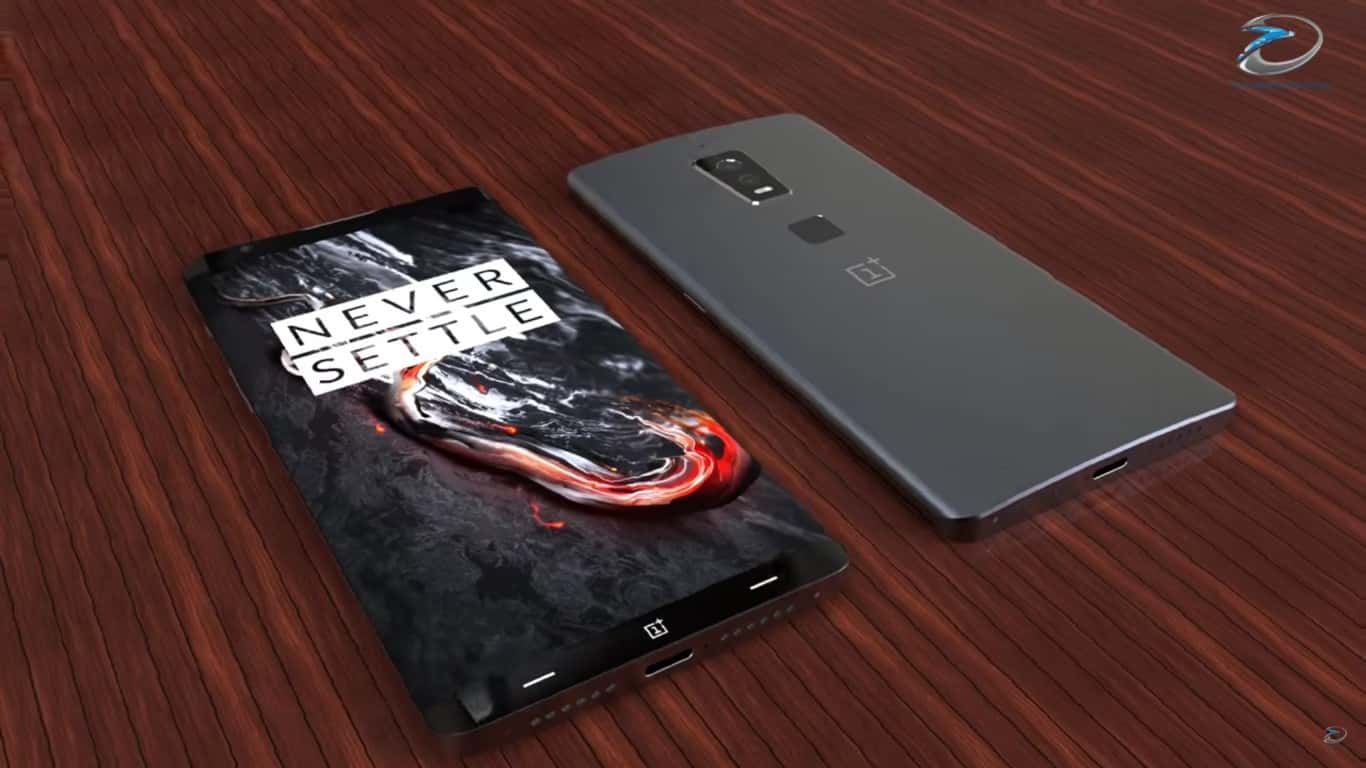 We have already seen one OnePlus 5 concept back in February, and a new one surfaced recently. Last month’s OnePlus 5 concept came from a YouTube channel called ‘Concept creator’, and this time around ‘TechConfigurations’ YouTube channel shared their very own version of the OnePlus 5. The source’s imaginary smartphone is called the OnePlus 5 Edge, and it looks quite nice, while it also packs some really powerful specs, read on.

This concept design leaked in form of a video, of course, it comes from YouTube after all, so you can take a look at the video down below if you’re interested. In any case, the phone pictured here comes with a curved display on the sides, similar to some of Samsung’s phones, and it actually features three capacitive buttons below the display. The OnePlus 5 Edge’s home key is actually OnePlus’ logo which lights up, while its back and overview (multitasking) buttons are actually represented as horizontal lines which also light up. The phone’s alert slider is once again located on the left, while its power / lock button can be found on the right. This imaginary smartphone comes with a dual camera setup on the back, with the upper camera being larger, it seems, and a dual-LED, dual-tone flash is placed below those two camera sensors. This phone, similar to the OnePlus 3(T), comes with a camera bump as well. Interestingly enough, the source only mentions specs for one of the rear-facing cameras, they’ve envisioned a 23-megapixel rear-facing shooter which comes with both OIS, EIS and PDAF, while a 12-megapixel shooter lies up front (ultra wide-angle lens).

This smartphone is made out of metal and glass, and Corning’s Gorilla Glass 5 protects its display. A Type-C USB port is placed on the bottom of the OnePlus 5 Edge, and this phone also features a bottom-firing speaker. Its fingerprint scanner is placed on the back, and the display we’ve mentioned earlier is actually a 5.5-inch QHD AMOLED panel. The source envisioned 6GB and 8GB RAM variants for this phone, which come with 64GB and 128GB of storage, respectively. A 4,100mAh battery is also included here, with OnePlus’ Dash Charge fast charging solution. Qualcomm’s Snapdragon 835 SoC is fueling this smartphone, and interestingly enough, this phone doesn’t seem to sport volume up and volume down buttons. In any case, if you’re interested in checking out the concept video for this phone, you can do so via the embedded link down below.