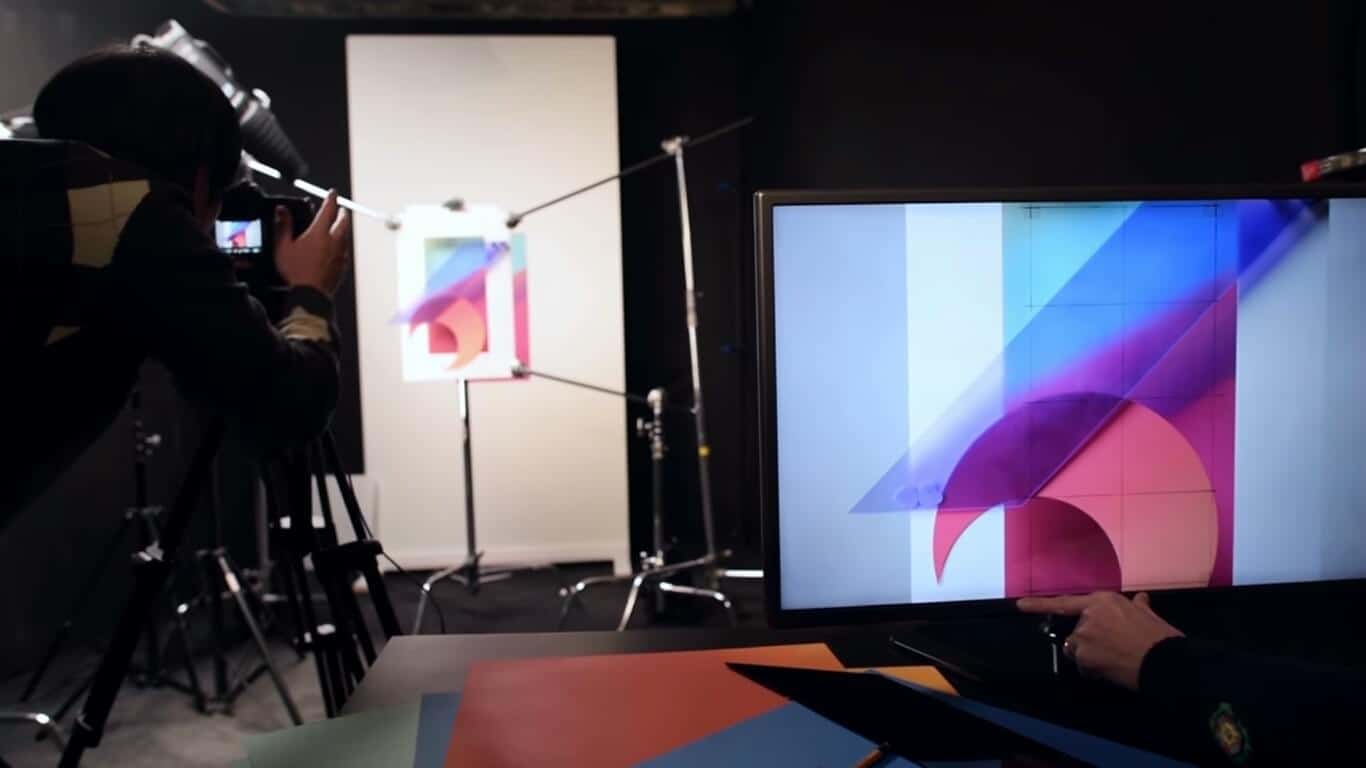 LG has just released a new 'making of' video, though it's not making of the LG G6, but its wallpapers. As you all probably already know, LG released the company's all-new flagship smartphone a couple of days ago during the Mobile World Congress (MWC) in Barcelona, the LG G6. We talked at length about this smartphone, and have also shared its official wallpapers. Well, LG has just released a short video clip which shows us how they create their material, artsy wallpapers that come pre-installed on the LG G6, and the video is embedded down below.

Now, LG made such wallpapers in a really interesting way, from actual physical sheets of card stock. Based on this video, creating such wallapers took quite a bit of work on LG's part, but it definitely paid off, as those wallpapers look really nice. LG essentially cut various sheets of paper and applied various colors on them, while they also had to organize all that into a frame and what not. All in all, the company did a really nice job with those, and you can always check out the video if you're interested in checking out LG's behind-the-scenes video. Speaking of wallpapers, they come in an 18:9 ratio, as LG included a 5.7-inch 2880 x 1440 FullVision display on the LG G6. That is a rather odd display ratio for a smartphone, but the LG G6 has really thin bezels all around, and initial impressions are mostly positive.

The LG G6 is a premium device which is made out of metal and glass, and its first scratch test actually surfaced earlier today. The device is fueled by the Snapdragon 821 64-bit quad-core SoC by Qualcomm, and it packs in 4GB of RAM, along with 32GB / 64GB of native storage. The LG G6 also ships with two 13-megapixel rear-facing cameras, and a 5-megapixel front-facing shooter. Android 7.0 Nougat comes pre-installed on the LG G6, and on top of it you'll be able to find LG's very own LG UX 6.0 skin. LG did not share any info regarding the phone's global pricing just yet, but we do expect to get some info about it in the near future, so stay tuned for that.