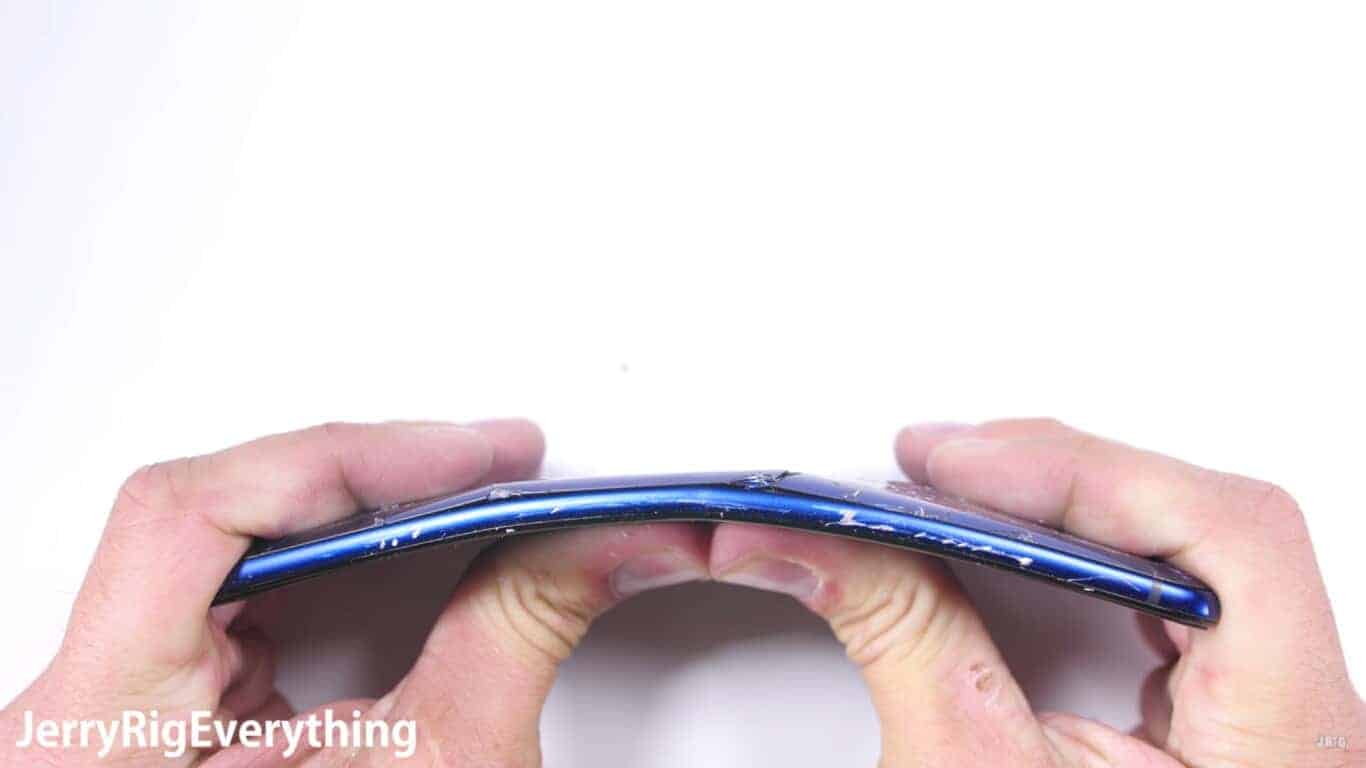 Jerry kicked things off by scratching the phone's display, and it ended up being scratched by a level 6 pick, which is a standard for the Gorilla Glass 5 protective panels. The source also proved that the phone's fingerprint scanner does not offer glass protection or anything of the sort, it's made out of a rubberish plastic material, and it scratches easily, but it will continue working even if you scratch it. The phone's back is well protected by glass as well, same goes for the phone's front and rear-facing cameras. The LED flash on the back comes with a plastic top, though, unfortunately. The device's side-facing physical keys are made out of metal, and so is the phone's metallic trim, which is always good news. Now, this phone's display managed to recover after a 10-second flame exposure, and the phone's earpiece does not fall out easily, it's made out of metal. That brings us to the bend test, and this is an area in which the HTC U Ultra really didn't do all that well, as Jerry managed to bend it quite a bit, even though the phone did not break entirely. Now, compared to the HTC 10, which was HTC's flagship for 2016, this phone doesn't stand a chance, as the HTC 10 was a much tougher smartphone, and did not budge at all.

The HTC U Ultra is a smartphone made out of metal and glass, and it's quite huge. This smartphone sports a 5.7-inch main display, and a 2.05-inch secondary panel. Qualcomm's Snapdragon 821 SoC fuels the device, and the phone ships with 4GB of RAM on the inside. A 12-megapixel OIS snapper can be found on the back of the HTC U Ultra, while a 16-megapixel camera is placed on the front side of the HTC U Ultra. If you'd like to know more about this phablet, visit our HTC U Ultra device page.