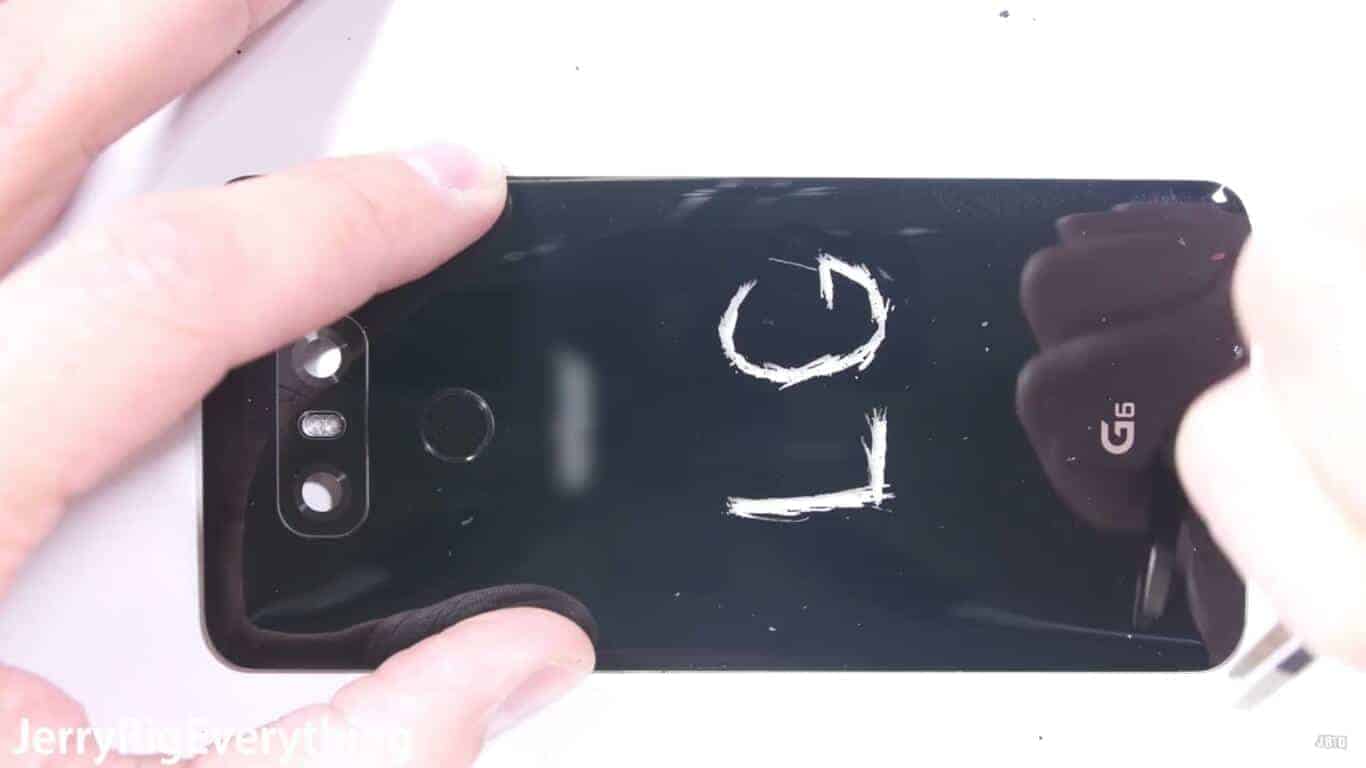 The LG G6 was introduced quite recently, during the company's press conference in Barcelona, and JerryRigEverything already managed to get his hands on the device and disassemble it. Most of you have probably already heard of a JerryRigEverything YouTube channel, we often find smartphone durability tests on that channel, and also some teardowns. Well, LG decided to give Jerry an LG G6 unit, so that he can disassemble it and give us a look at what lies on the inside, while he also puts it back together afterwards, read on.

If you take a look below this article, you'll notice that a video is embedded, well, this video lasts about 9 minutes and if you're interested in checking out the full LG G6 teardown, you'll need to fire up that video. In any case, the LG G6 is a really sleek smartphone, and considering how thin its bezels are, LG really did do a good job in terms of the design. The company needed to pack a lot of stuff into this phone, and in order to commence the teardown procedure, you'll need to heat up the phone's back side in order to soften the adhesive that holds the back plate firmly attached to the phone's frame. After that, you'll get access to the inside of this smartphone, after which you'll need to remove some screws, after which you'll get access to the heart of the device. There are a number of steps that the source needed to take in order to fully disassemble this smartphone, so it is definitely not recommendable that you do this on your own, especially considering the fact that it will void your warranty, which is not something you want to do with such an expensive phone.

For those of you who didn't know this, the LG G6's back cover is made out of Gorilla Glass 5, while its front glass panel is actually Gorilla Glass 4. Interestingly enough, LG opted to utilize Gorilla Glass 3 when it comes to the phone's camera lens protection. The LG G6 is quite an interesting smartphone, as its display sports an 18:9 aspect ratio, while the phone is fueled by the Snapdragon 821 64-bit quad-core SoC, and packs in 4GB of RAM. The LG G6 also comes with a 3,300mAh battery, which is not removable, and the aforementioned display actually measures 5.7 inches. Android 7.0 Nougat comes out of the box here, and on top of it, you'll be able to find LG's UX 6.0 user interface.