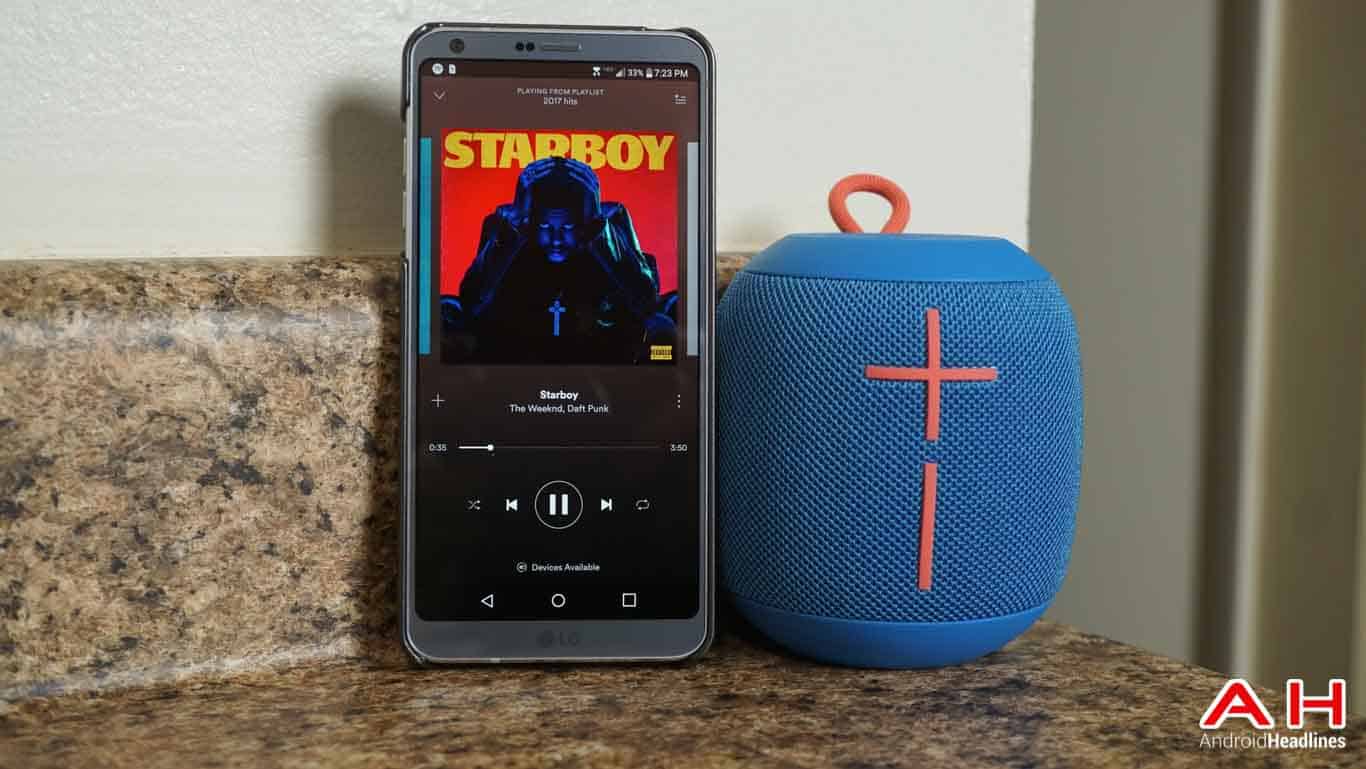 Ultimate Ears, which is part of Logitech, already has a slew of 360-degree speakers in their lineup, and now they are looking to target a new crowd with their new WONDERBOOM Bluetooth speaker. The WONDERBOOM is a pretty small speaker from Ultimate Ears, and the entire reason behind the company launching this model is to get new users into using Bluetooth speakers, by offering a low price, great sound and making it portable and easy to use. Unlike other Ultimate Ears speakers, there is no app with the WONDERBOOM. Everything is done over Bluetooth and via the buttons on the actual speaker.

On the front of the WONDERBOOM you'll notice that there are volume controls, on the top of the speaker there is a UE logo, a power button and a Bluetooth pairing button. The power button and Bluetooth pairing button do as you'd expect, but the UE logo is actually a button as well. Press the logo once to play or pause the music, double-press it to skip to the next song. It's just that easy. At the back of the speaker, you'll find that there is a micro USB connector behind a flap. There's no 3.5mm input on this one either. Now there is a flap there because this is a water-resistant speaker. It's rated at IPX7, which means it can be immersed in up to one meter of water for up to 30 minutes. What's neat about the WONDERBOOM is that it actually floats, so you can toss it in the pool and watch it float while playing your music.

Ultimate Ears is touting that the WONDERBOOM features a 100 foot range for Bluetooth connectivity. It also has 10 hours of battery life to boot. Now that time will depend on your usage of the speaker, but judging by Ultimate Ears' other speakers, it should last at least 10 hours if not longer. The WONDERBOOM is available in six colors, these include Stone, Phantom, Fireball, SubZero, Cashmere and Lilac. The WONDERBOOM is available beginning in April in North America, Australia and select European countries. It'll make its way over to Asia in May. The asking price for the WONDERBOOM is $99, which puts it below the UE BOOM 2, and the UE ROLL 2. Ultimate Ears says that they are not replacing the UE ROLL 2 with the WONDERBOOM, but rather adding another great speaker to their lineup.