The Sapphire Blue Moto G5 from Lenovo is exclusive to O2 in the UK, and the phone is also now live for purchase on their website accompanied by a small message below the main image for the listing that clearly states “only on O2.” The news of this particular discovery comes from Roland Quandt on Twitter who is known for leaking specific details about various devices in the mobile market, including the first images of the Sapphire Blue Moto G5 before it was confirmed to be an officially available color variation of the device.

For those that are in the UK and are considering switching to O2 to pick this device up, or are already O2 customers and were waiting on this device for an upgrade, the phone will cost £0 for an upfront cost for qualifying customers and £19 per month on top of the monthly phone bill cost. If you prefer a prepaid plan, then O2 is also offering the Sapphire Blue Moto G5 for prepaid plans with an upfront cost of £139.99 for the phone with a qualifying prepaid tarrif, though it’s worth noting that this particular version of the device is only available in a 16GB internal storage model, so if you need more space and you want this color of the device, you’ll need to rely on the expandable storage function via a microSD card to get more space than the phone has built-in. Also worth mentioning is that O2 only seems to be offering the Sapphire Blue option of the Moto G5 at the moment, so if you were wanting another color you won’t be able to pick it from O2, at least for now. 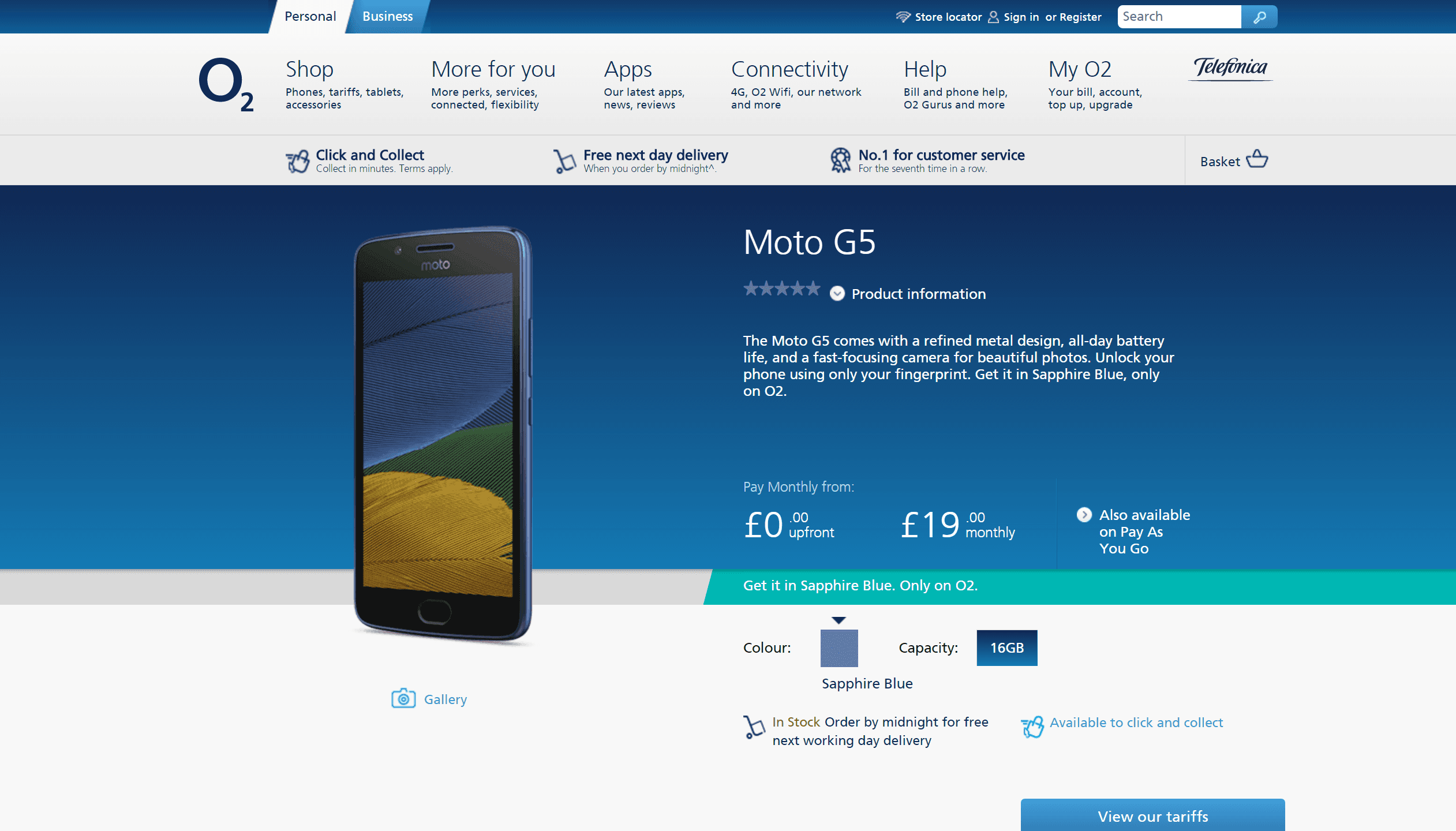