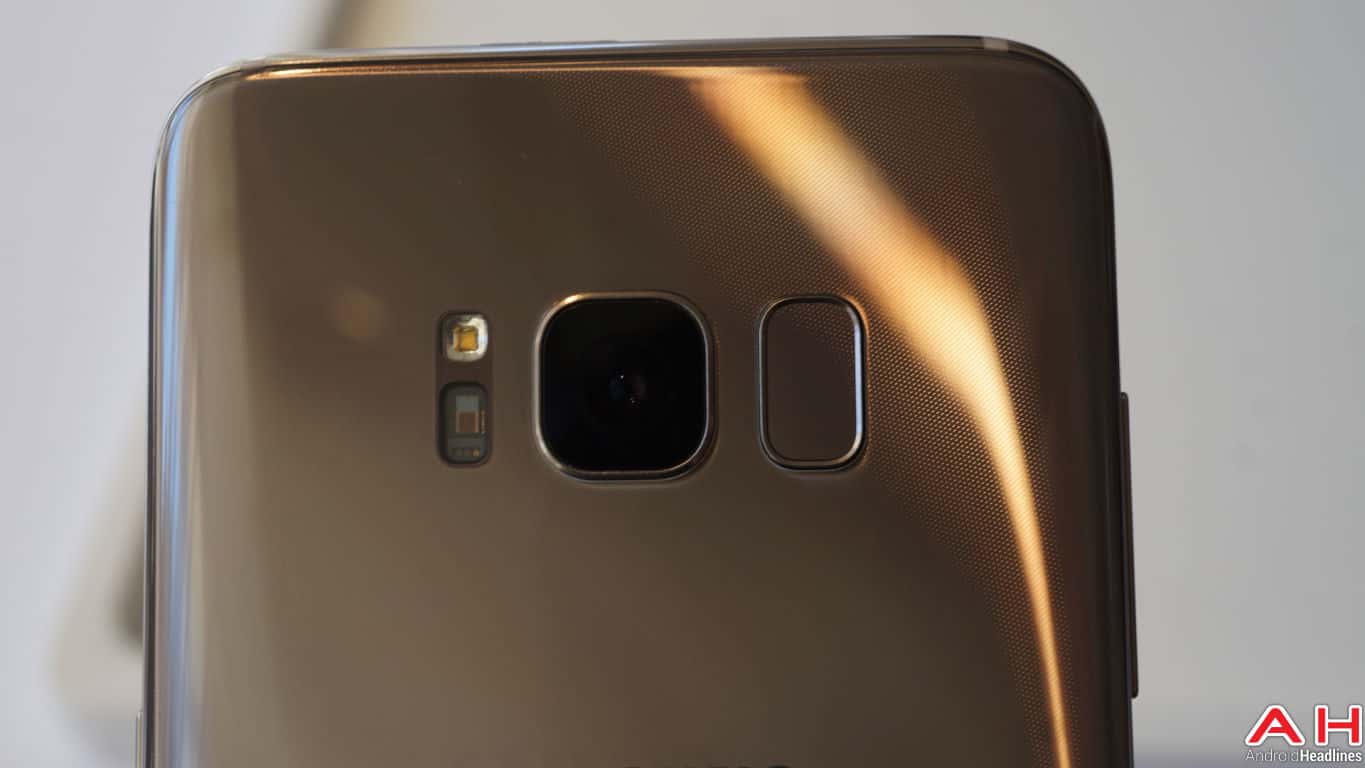 Despite the overall brilliance of the latest additions to Samsung’s Galaxy S family of devices, the company’s Galaxy S8 and S8 Plus may already have at least one design flaw owing to the chosen location for the devices’ fingerprint scanner. Fingerprint scanners are commonplace in modern phones and have many different placements depending on what any given company decides is best ergonomically. Unfortunately, at least in Samsung’s case, the best placement for that scanner was determined to be directly next to the main camera located on the back of the device. In fact, it resides in such close proximity to the main shooter’s lens that Samsung felt inclined to create and include additional software that senses the presence of skin-based oils and debris. If any such obscuring substance is detected, the camera software will advise a user that a “clean lens makes for better shots” and to clean the lens “to keep taking better pictures.” While this particular possible design flaw may seem small, it could easily become a bit irksome to have that message repeat every time the camera fires up for any user who chooses fingerprints as their primary authentication method.

Fortunately, the message reportedly only begins showing after fingerprint authentication is chosen by the user as the preferred security measure. The fingerprint scanner is also not the only method a user can choose to log into his or her phone. Both of the newly announced flagship smartphones boast iris scanning and facial recognition software capabilities. So, at the very least, that means there are alternative security measures available should any user decide that the message or lens cleaning grow to be too big of an issue – or if any user decides not to chance it to begin with.

To Samsung’s credit, the overall design of the phone and the placement of the fingerprint reader had most likely been decided long before any issues with placement were caught and the software workaround does at least try to address the problem. Aside from the fingerprint scanner location, there are not yet any known problems with the two devices Samsung introduced to the world today. That issue will also likely not be a deal-breaker for most users, so it looks as though Samsung has really knocked the ball out of the park with the Galaxy S8 and Galaxy S8 Plus.