Skip to content
Advertisement
Trusted By Millions
Independent, Expert Android News You Can Trust, Since 2010
Publishing More Android Than Anyone Else
22
Today
197
This Week
458
This Month
6225
This Year
116203
All Time
Advertisement T-Mobile today announced the release of new technology designed to protect consumers from scams and unwanted phone calls. According to T-Mobile’s Chief Technology Officer, Neville Ray, fraudulent calls are a problem and the company is taking measures to deal with it, in the form of Scam ID and Scam Block. Neither Scam ID or Scam Block need to be downloaded or require the installation of any new apps, as the technology is all handled through the network. T-Mobile has already begun to roll out the new features and states that new T-Mobile ONE users will be able to activate the features on April 5. Non-prepaid customers will also be able to enable Scam ID by dialing #664# from their phones. While Scam Block (which stops these calls from coming altogether) can be activated by dialing #662# and deactivated by dialing #632#. Customers are able to check the status of Scam Block by dialing #787#.

Once activated, when a T-Mobile user receives a phone call, the network picks up the signal and it is analyzed by T-Mobile. In less than a second, the network compares the data to information contained in a worldwide database of numbers known to be used by scammers. T-Mobile notes that the database is constantly being updated in real-time, as the network analyzes incoming calls and searches for matches. If a match is made, the network tags the call and alerts the customer of the potential threat.

Many of these scam calls are operated by people using robocalling and spoofing technology that allows them to avoid being blocked by networks and make thousands of outbound calls in less than a minute, and there are countless varieties of fraudulent calls ranging from scammers pretending to be the IRS and even scams involving Medicare. Other examples often encountered involve scammers offering free travel passes and credit activities. So this is an issue and one which many carriers and service providers are looking to combat. For instance, Scam ID and Scam Block are the latest in an ongoing effort to combat robocalls and other fraudulent activities in cooperation with the FCC, who says that such scams cost Americans millions of dollars each year. 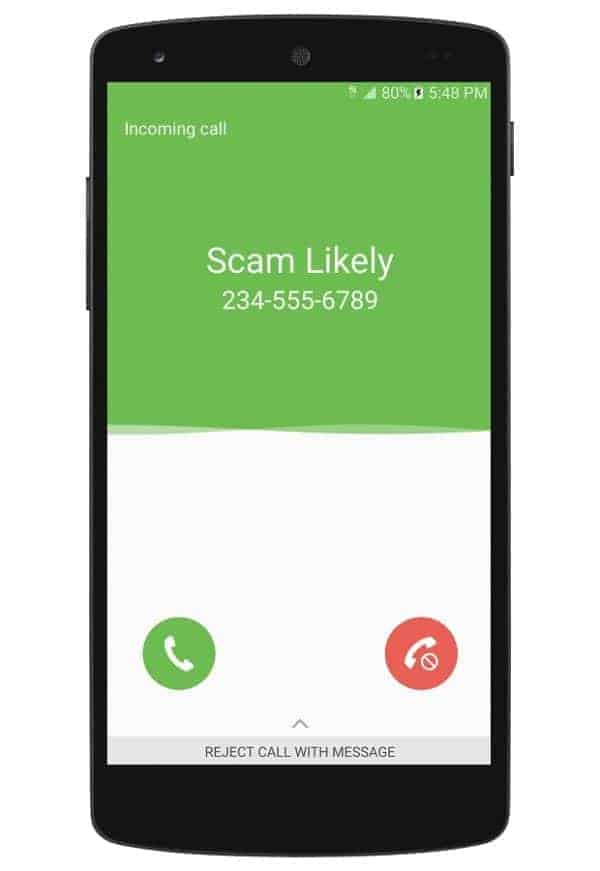