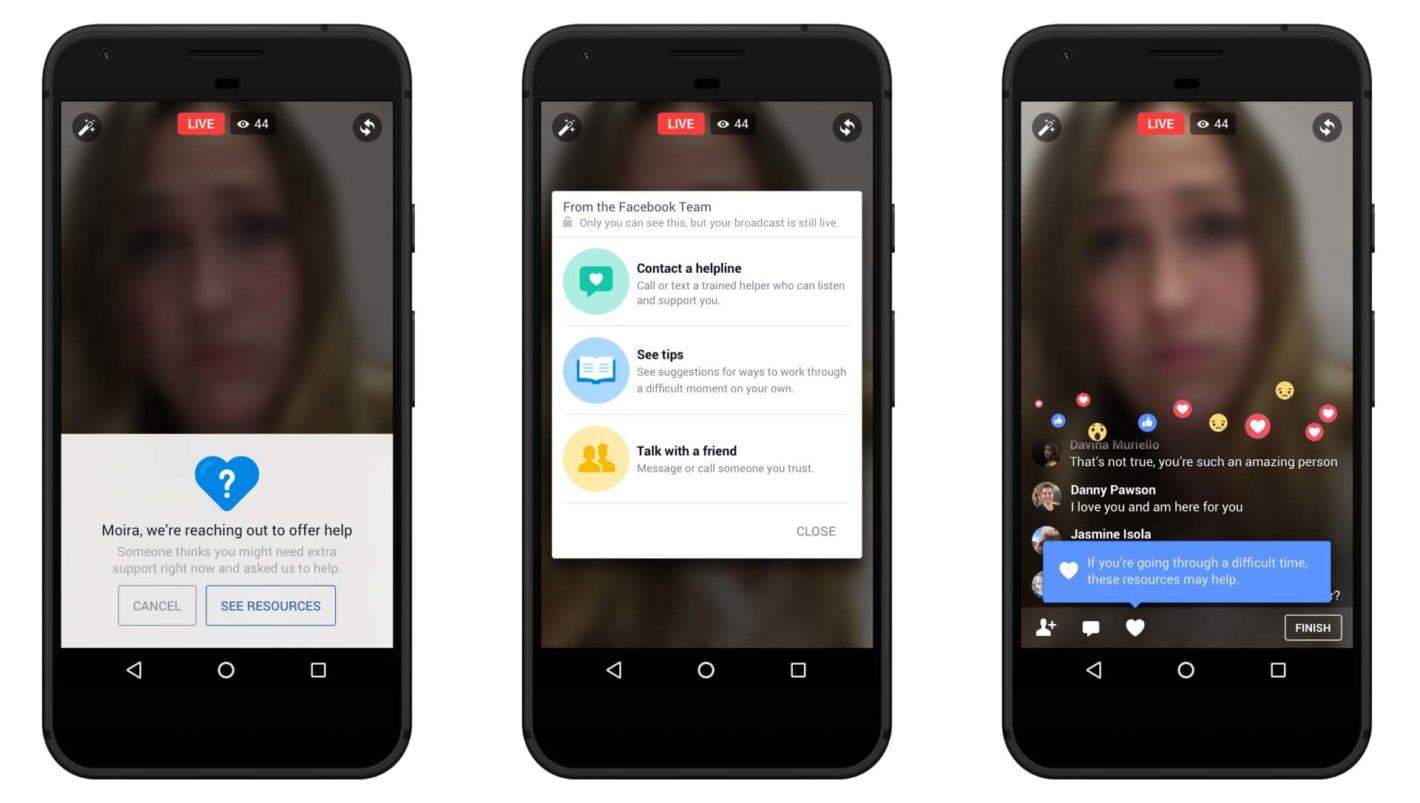 As of today, Facebook Live will allow people to directly reach out to a broadcaster if they're concerned about them. Apart from reaching out, the new tools will also provide users with a simple option for reporting concerning Facebook Live streams. The person who reports the video will also be provided resources that can assist them in helping their friend, Facebook revealed. Likewise, people broadcasting on Facebook Live will also be able to use a set of features designed to reach out to a troubled friend or ask for help. The aforementioned AI-powered reporting feature was primarily designed to highlight the option to report a post that Facebook's algorithms identify as possibly concerning.

The new additions to Facebook Live and Messenger are an extension of Facebook's existing efforts to combat suicides. Facebook users were already able to report concerning posts and other content posted by their friends who they suspect may have suicidal thoughts. The Menlo Park-based company has long employed teams that are monitoring those reports 24 hours a day and are reaching out to people they suspect may harm themselves. The teams primarily aim to connect troubled people to support groups and start a conversation with them with the goal of combating their possibly suicidal thoughts. Facebook has been developing its suicide prevention tools for over a decade in collaboration with various crisis support and mental health organizations and the company will likely introduce more features aimed at preventing suicides in the future. This latest addition to Messenger and Facebook Live is also somewhat similar to a set of suicide prevention tools that the Facebook-owned Instagram debuted last October. The gallery below contains first screenshots of the new functionality.