Substratum is the custom ROM theming tool of choice for most aficionados, and this crowd will be happy to hear that the app's newest update, version 621, is already starting to show signs of preparing for the next version of Android. Android O developer preview users who have achieved root privileges won't find full support just yet, but reportedly should be able to at least try using the service and get some results. The new update also brings back the previously removed DirectAssets mode, which means that overlay items in a given theme are picked out from the APK directly for compilation through Substratum, rather than having to rely on the overlay's APK file having the correct file layout and system calls.

Along with fledgling Android O support and the reintroduction of DirectAssets mode, the newest version of Substratum includes a large number of under the hood fixes and tweaks. Some potential memory bugs are fixed by implementing some tweaks to how errors in overlay compilation are handled. The newest version of the app also brings support for a new type of theming space, and no longer allows themes to try to override the app's core values. Logging of errors has been tweaked to provide more comprehensive diagnosis and cover more types of errors, and the built-in ROM support check is disabled. Finally, the way Substratum handles rescue archives is different, which means that users who have archives sitting ready to use will have to build new ones.

All of these changes mean that users can expect a bit of a smoother experience, and those using the Android O developer preview can finally try their luck, though odds are good that something will break, something won't compile right, or the whole package will just outright refuse to work. Some changes to the app's user interface are also coming, and should coincide with the rollout of full Android O support. The inside and out facelift for Substratum makes it one of the more viable theming tools for Android right now, and its nearly universal compatibility puts it in a great place to become the de facto theming tool for Android O custom ROMs like it has for Marshmallow and Nougat. 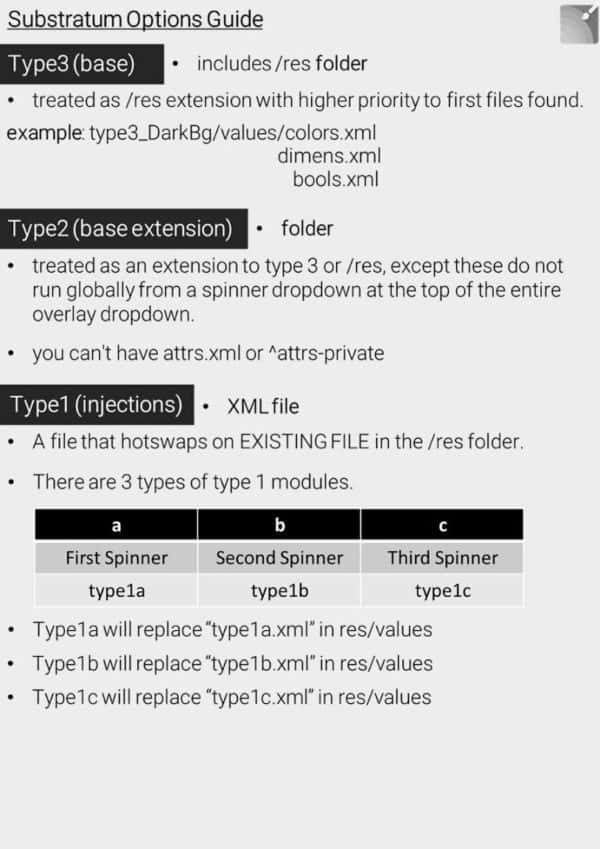