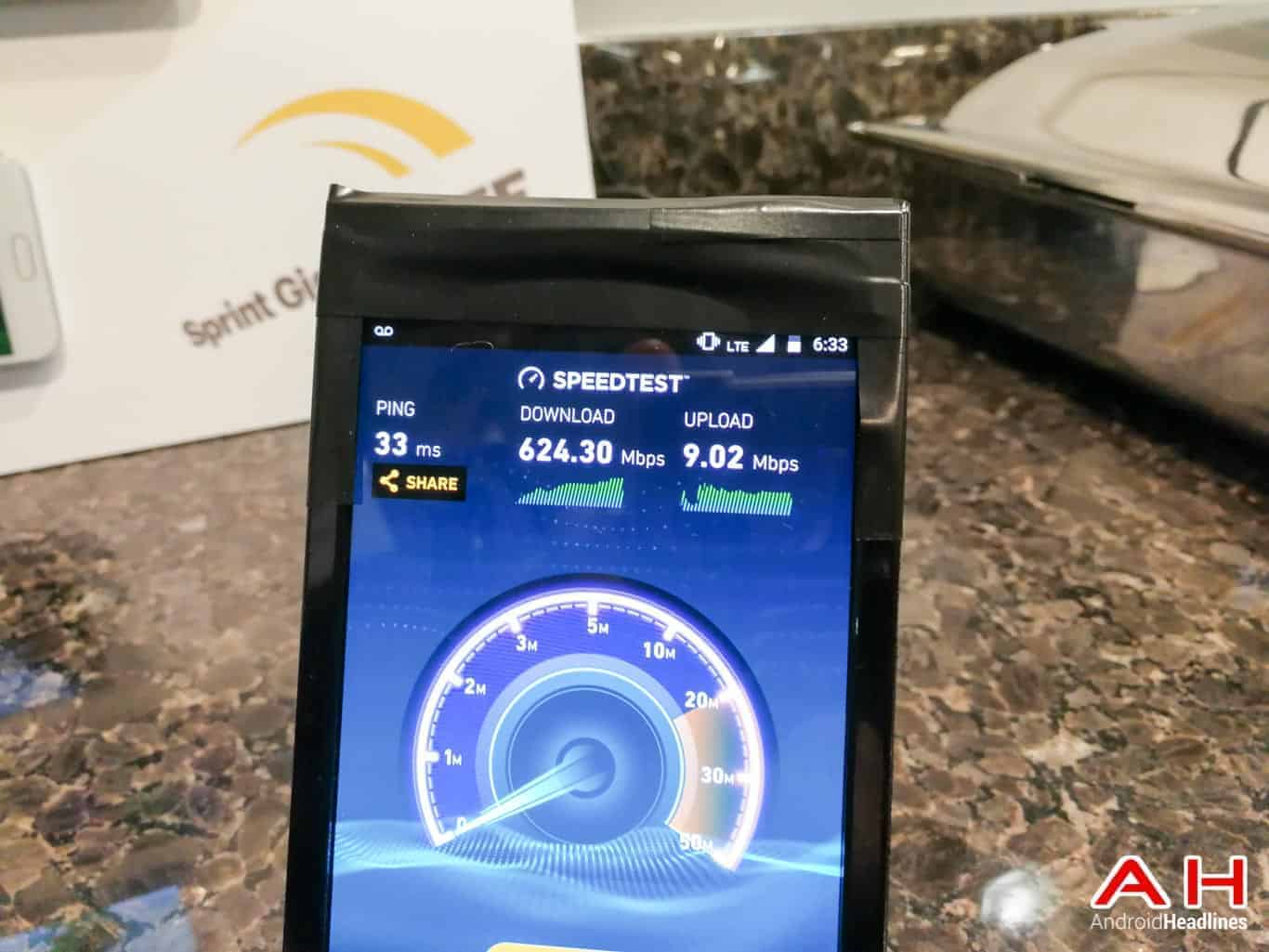 In New Orleans, Sprint along with Qualcomm and Motorola, showed off Gigabit-Class LTE, on a brand new Motorola device that will be out in the near future. Motorola wouldn't state what the device was, or any specs about it, in fact it's in a case and covered with tape, so it can conceal its identity until they are ready to announce the new smartphone. We do know that the device is running on the Snapdragon 835, and using the X16 LTE Modem from Qualcomm, which is what gives this smartphone Gigabit LTE speeds.

According to Sprint, Gigabit LTE uses a variety of technology to produce some massive speeds. It uses three-channel carrier aggregation which is available in over 100 markets right now, and Sprint will be bringing it to many more before the end of the year. Additionally, they are using 60MHz of their 2.5GHz spectrum along with 4×4 MIMO and 256-QAM, which gives them Category 16 LTE speeds on an existing TDD Network. Now technically, this isn't Gigabit LTE since, it doesn't hit over 1Gbps in speed most of the time, also the Ookla Speedtest.net app they are using to test the speeds can't really handle speeds this fast. But we were able to get a multiple speed tests of over 100Mbps, and a few over 600Mbps and some as high as 800Mbps, which is pretty impressive for a mobile device.

Sprint will be using their 2.5GHz spectrum in high-traffic locations across the US for Gigabit LTE, and it's part of their foundation for a 5G network. While their competitors are focusing on 5G, Sprint is focusing on Gigabit LTE first, and many may wonder why. Well since Gigabit LTE is still so fast, users will be able to fall back onto Gigabit LTE from 5G and not really notice a difference. Think about when 4G LTE first came out, and users had to fall back to 3G, there was a huge difference when it comes to speed and even reliability. With Gigabit LTE and 5G that shouldn't be an issue.

John Saw, Sprint's CTO noted that "only Sprint has enough licensed spectrum to deliver this level of capacity and performance in major markets across the country". Sprint has more spectrum per customer than any of the other national carriers in the US. They are also the only ones with high-band spectrum, which is their 2.5GHz or Band 41 spectrum. Allowing them to combine that with mid-band and low-band spectrum for three-channel  carrier aggregation and getting incredible speeds and performance.

While Sprint wouldn't give us a firm response as to when Gigabit LTE would be rolling out to everyone, we do know that it is being rolled out steadily. However, the rollout is only part of it. Since there is only one smartphone that can handle Gigabit LTE, which is the unannounced Motorola device on display here. Sprint wouldn't comment on what other devices will come with support for Gigabit LTE, but it will be most of their upcoming flagships.