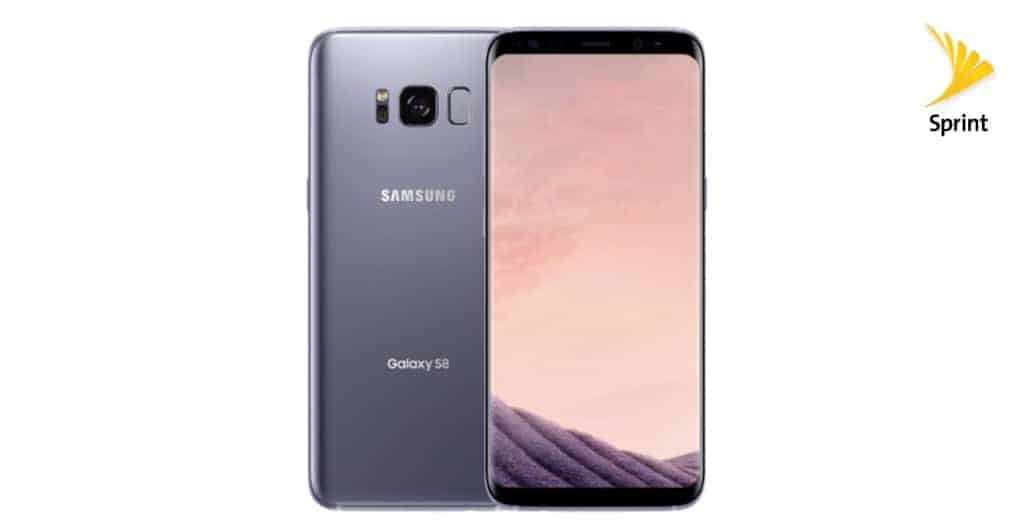 Sprint is the latest carrier to announce and confirm its intention to carry the two newest smartphones from Samsung, the Samsung Galaxy S8 and the Galaxy S8 Plus. So if you are a Sprint customer, or plan to be, then although the details are currently limited, Sprint has made it clear that both Samsung smartphones will be available to buy on its network in the coming weeks.

In terms of the details, Sprint has now confirmed that the Galaxy S8 and S8 Plus will be available to order starting from tomorrow, March 30, and will be generally available starting from April 21. In terms of price, the Galaxy S8 will be available to lease for $31.25 per month over 18 months while the Galaxy S8 Plus least cost will be $35.42 per month. Sprint has now confirmed that anyone who pre-orders either of the devices will (for a limited time) be able to upgrade after 12 lease payments to the next Galaxy smartphone. As part of the pre-order period, Sprint has also confirmed that anyone pre-ordering through the carrier will be able to either choose a free Gear VR bundle (valued at $179) or an Immersive Gear VR Experience bundle for $99 – which is stated to come with a premium set of headphones and a 256GB memory card.

If you are unsure of which Samsung Galaxy S8 model is right for you, then it seems the main choice that has to be made revolves around the screen size. As the smaller of the two smartphones comes loaded with a 5.8-inch display while the larger comes loaded with a 6.2-inch display. Although both displays are the same QHD+ Super AMOLED display. There is also a slight difference in battery capacity as well with the Galaxy S8 coming loaded with a 3,000 mAh battery, compared to the 3,500 mAh battery that can be found on the Galaxy S8 Plus. Other than that (and the price), the rest of the features and the all-screen design are common to both smartphones. So as well as gaining a smartphone where the front panel is largely just the display (besides the front facing camera and the iris scanner), both Galaxy S8 models come loaded with 4GB RAM, 64GB internal storage, and a Qualcomm Snapdragon 835 SoC. As well as support for various Samsung services including Samsung pay and the latest Samsung feature in town, Samsung's virtual assistant, Bixby. You can also expect to find an IP68 certification, a 12-megapixel rear camera, an 8-megapixel front-facing camera, microSD card support, and Android 7.0 (Nougat), all thrown in for good measure.