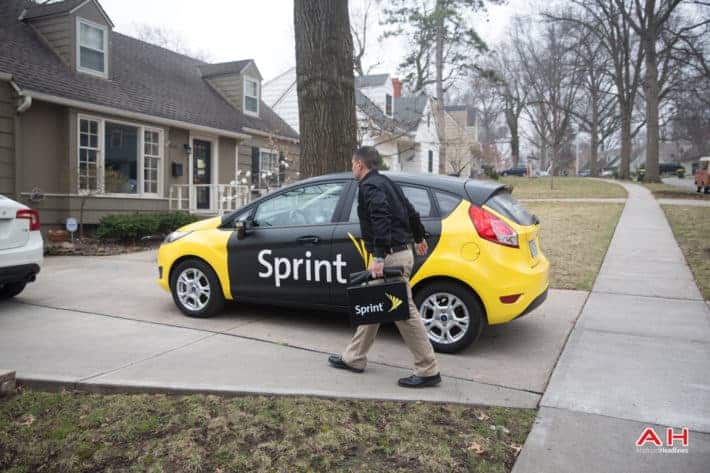 Sprint has now confirmed that its Direct-2-You phone delivery service has come to a close as of March 20th. Closure of the service was noted first over the weekend and the confirmation of its closure simply seals the deal. The service, which is similar to AT&T's now expanding service created with tech startup Enjoy, effectively allowed users in select cities to order a phone and have it hand delivered to them. The delivering Sprint representative would then assist with device setup as well as providing other similar services normally completed in a carrier store, but without the hassle of having to actually go out to a Sprint Store. Direct-2-You launched back in 2015 around the same time the company made a deal to co-brand stores with Radio Shack.

Speaking with Fierce Wireless, Dave Tovar claimed that the initial idea was a great one but that the company had "sufficient growth in our stores and other sales channels now." Essentially, Sprint no longer sees the sales method behind Direct-2-You as being viable moving forward. That makes sense considering the amount of growth the company has seen over the past year or more, with the fourth quarter of 2016 reportedly showing 368,000 postpaid phone plan additions for the company. Tovar also added that the carrier plans to "evolve" the direct delivery approach into something "even better and more efficient" – hinting that the service or something like it may return at some point in the future.

That the mobile provider is looking at something more efficient may also hint at costs associated with the service that simply grew to be too much for Sprint to justify in terms of further expansions for the program. However, AT&T's continued growth with its own direct delivery service seems to suggest that the service is a viable business model. Sprint has also insisted that Radio-Shack's woes have not and will not affect its mobile business, so it is unlikely those problems have anything to do with the service shutting down. Although alluded to, it is anybody's guess what changes Sprint can or will make to its direct delivery program before relaunching it. There is also no indication as to if or when it will relaunch.