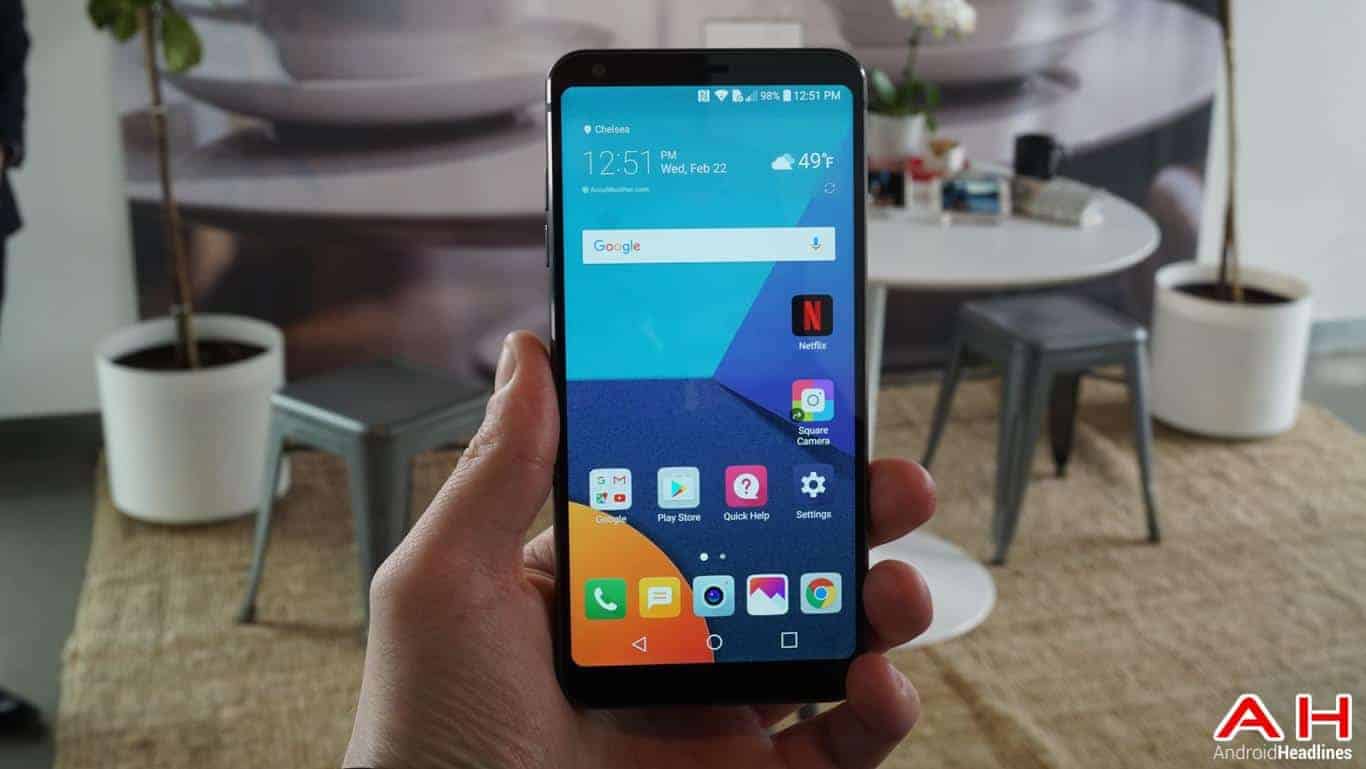 Sprint has now confirmed details on its LG G6 availability by noting that the US carrier will begin accepting pre-orders for the latest LG smartphone from tomorrow, March 17. Sprint has also confirmed that the pre-order period will run through until the device becomes generally available to buy on April 7 in the US. In terms of price, Sprint will be offering the LG G6 for $29.50 per month on a 24-month basis, which works out to be $708 in total.

However, Sprint is looking to improve the deal by way of a number of promotions. First up and "for a limited time" those who pre-order the LG G6 through Sprint will be eligible to receive a 49-inch LG 1080p HDTV for free. This particular TV is said to come with a retail value of $349.99. While those who pre-order (or buy) the LG G6 through Sprint before May 11 will also be eligible to receive a free Google Home. In short, pre-order before the 'limited time' expires and you will receive both the LG HDTV and Google Home for free. Pre-order/buy after the limited time promotion ends (but before May 11) and you will still get a Google Home for free. Which does mean that much of what Sprint is offered here is what you will also get from other carriers as well. The Google Home promotion in particular, is one which is carrier-wide as well as being offered by LG for those who purchase the G6 directly from LG. While the likes of the free TV is also being offered by some other carriers, including Verizon. However, if you are already a Sprint customer or looking to take advantage of the HPUE-compatibility, then Sprint's pre-order option might be the one for you.

Speaking of HPUE, as part of the announcement, Sprint also confirmed that the arrival of the LG G6 on Sprint's network marks the arrival of the first device to be able to make use of the company's High Performance User Equipment (HPUE) technology. Which allows for smartphones (and other devices) to make use of an extended level of coverage, including indoors. One which Sprint specifically notes could lead to better streaming and connections when watching videos, playing mobile games, or just using apps. With Sprint's CTO, John Saw, noting that the arrival of the LG G6 "is an important step forward in building the global HPUE ecosystem."

Advertisement
Pre-order LG G6 Sprint
Trusted By Millions
Independent, Expert Android News You Can Trust, Since 2010
Publishing More Android Than Anyone Else
7
Today
68
This Week
560
This Month
3072
This Year
104551
All Time
Advertisement