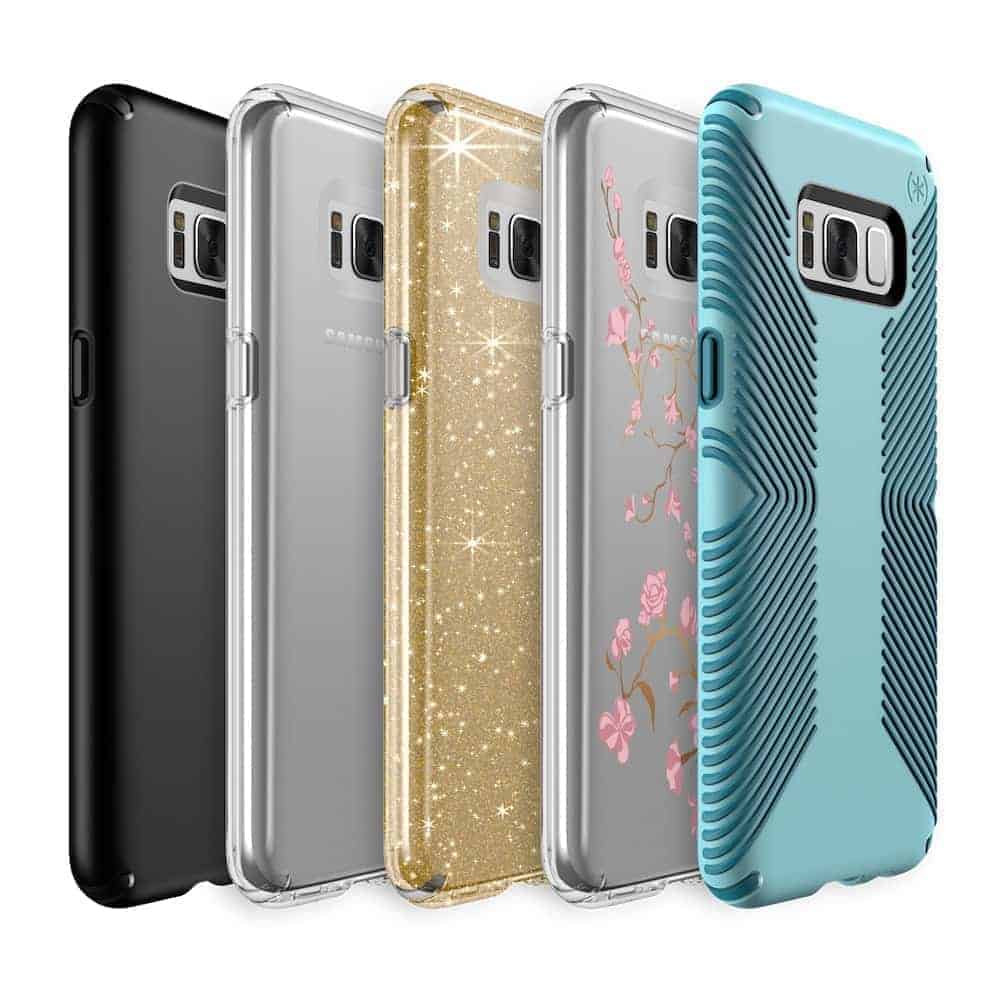 Following the launch of Samsung's new Galaxy S8 and Galaxy S8+ smartphones, accessory-maker Speck announced five lines of cases under the company's Presidio series. These cases offer protection from drops of up to 10 feet, improvements to help owners grip the phone and embedded designs for added personalization. The cases offered by Speck under this series include: Presidio, Presidio GRIP, Presidio CLEAR, Presidio CLEAR + GLITTER and Presidio CLEAR + PRINT.

Of the cases offered, the one that offers the most protection against impact is the Speck Presidio, which is marketed as offering superior slim protection for drops of up to 10 feet in height. This case comes with Speck's IMPACTIUM Shock Barrier sandwiched between the phone and the hard polycarbonate shell on the exterior of the case, which is made up of rubber ridges that absorb the impact of drops. The Presidio, available in matte and glossy finishes, is 20 percent less bulky than previous cases from Speck and comes with a lifetime warranty. Like the Speck Presidio, the Speck Presidio GRIP features the IMPACTIUM Shock Barrier. However, in addition to the shock-absorbing ridges on the inside of the case, the Presidio GRIP also has rubber ridges on the outside to help prevent your phone from slipping out of your hands.