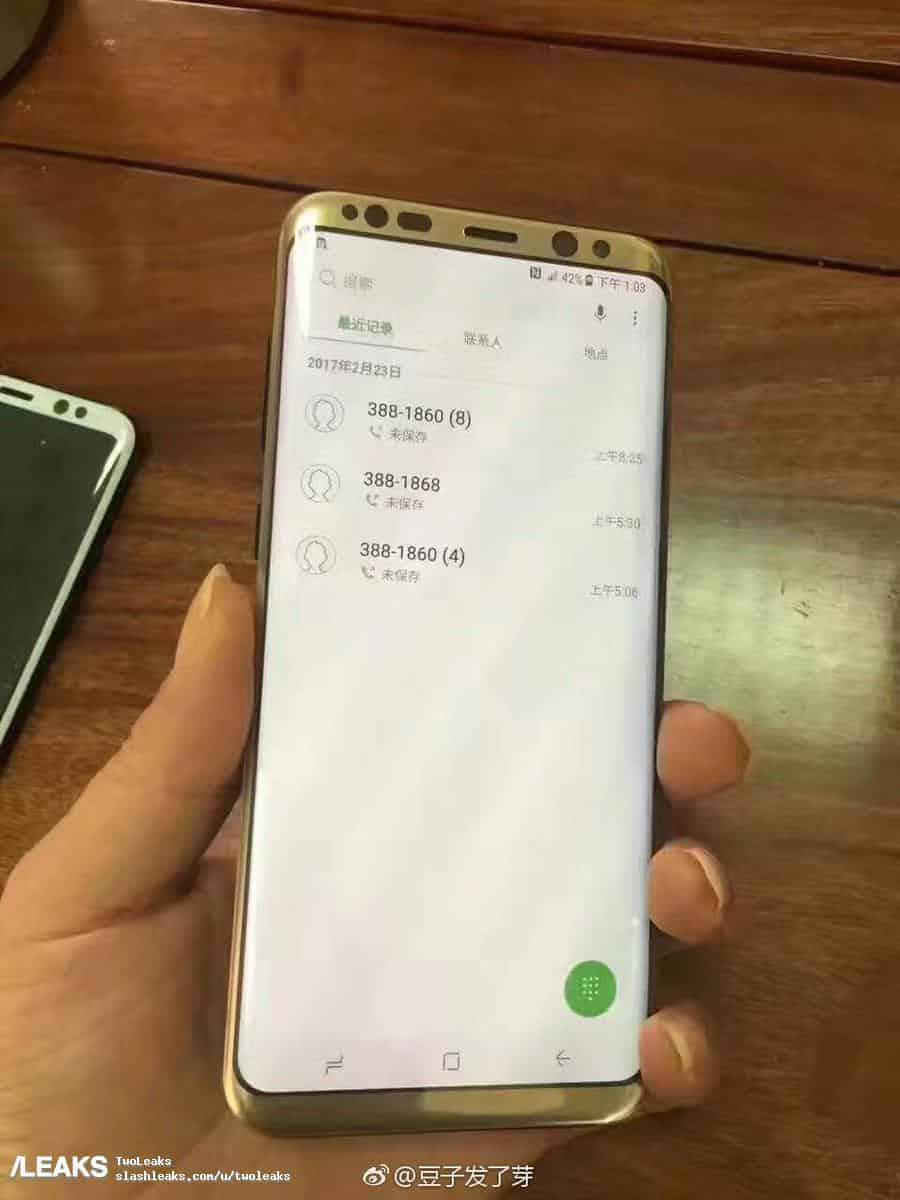 One of the two upcoming Galaxy S8 flagships has just surfaced yet again, this time around we get to see the Galaxy S8 Plus. If you take a look at the provided image, you'll get to see a real life shot of the Galaxy S8 Plus, and its huge, curved, 6.2-inch QHD Super AMOLED display, which is, at this point, only rumored, but considering pretty much every rumor mentioned the 6.2-inch size, it's safe to assume that is exactly what we'll get once Samsung introduces this smartphone.

That being said, this seems to be a silver-colored variant of the Galaxy S8 Plus, even though the lighting is kind of off in this image, so we cannot be certain of that, but based on the leaked front panels we've seen earlier today, that seems to be the case. You will notice that this smartphone does not sport a physical home button below the display nor Samsung's logo for that matter, as it seems Samsung opted to ditch the physical home key, and trim down the bezels of this smartphone to the extreme. You will notice that really thin black bars are present all around this display, but even if you consider that, this handset has really thin bezels all around. Now, that means that it will be considerably smaller than other smartphones out there which sport such huge displays, as a recently-leaked comparison showed us.

The Galaxy S8 Plus will ship with on-screen buttons, as you can see in the provided image, and you can also see a couple of physical keys on its left side. Volume up and volume down buttons are placed above the dedicated Bixby AI button on the left, and on the right side of this phone, you'll get the power / lock key, of course. The Galaxy S8 Plus is rumored to be announced along with the Galaxy S8, and Samsung already confirmed that they'll host an Unpacked event on March 29, so we basically know when to expect these two smartphones. The Galaxy S8 and Galaxy S8 Plus will not become available until April, though, so do keep that in mind. If you'd like to know more about these two handsets, check out our pre-release Samsung Galaxy S8 page.

UPDATE: yet another Galaxy S8 Plus image leaked, and it's showing us a black variant of the Galaxy S8 Plus. This new image, however, is considerably less clear than the one that you can see above the article, it's quite blurry actually. 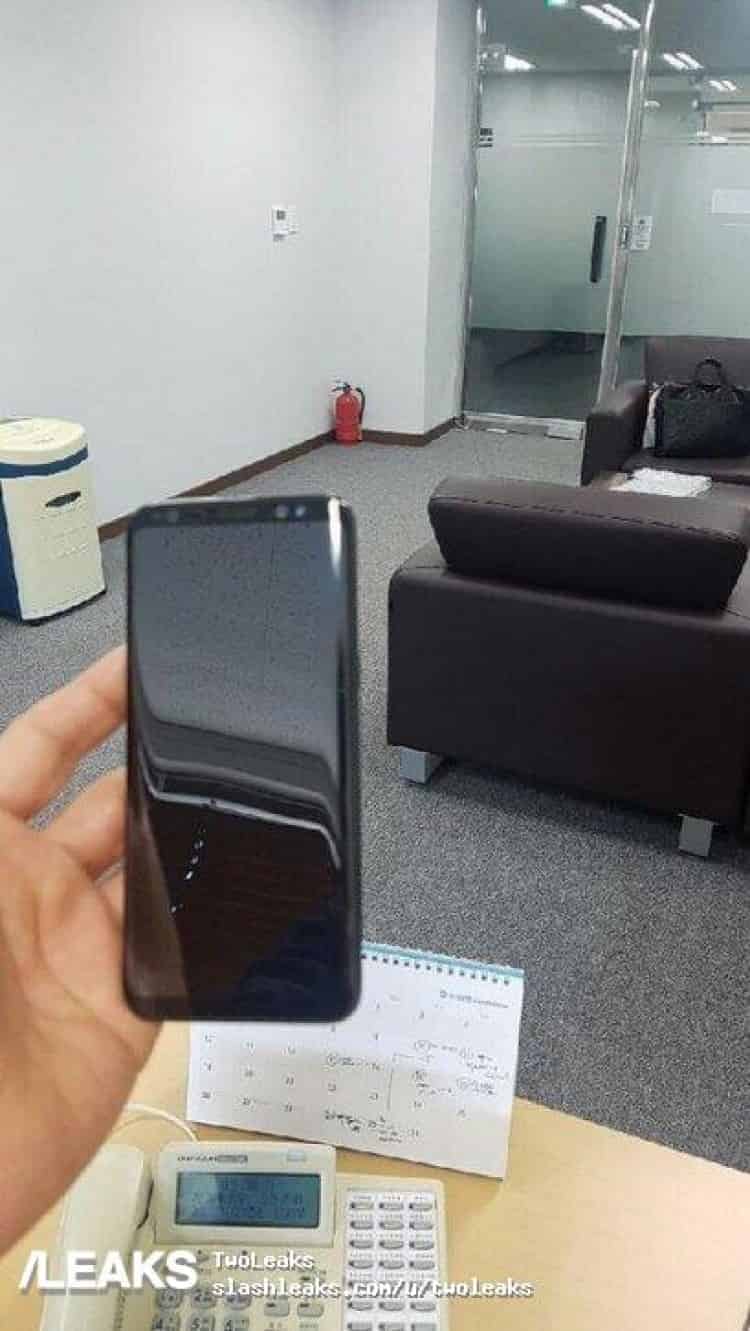