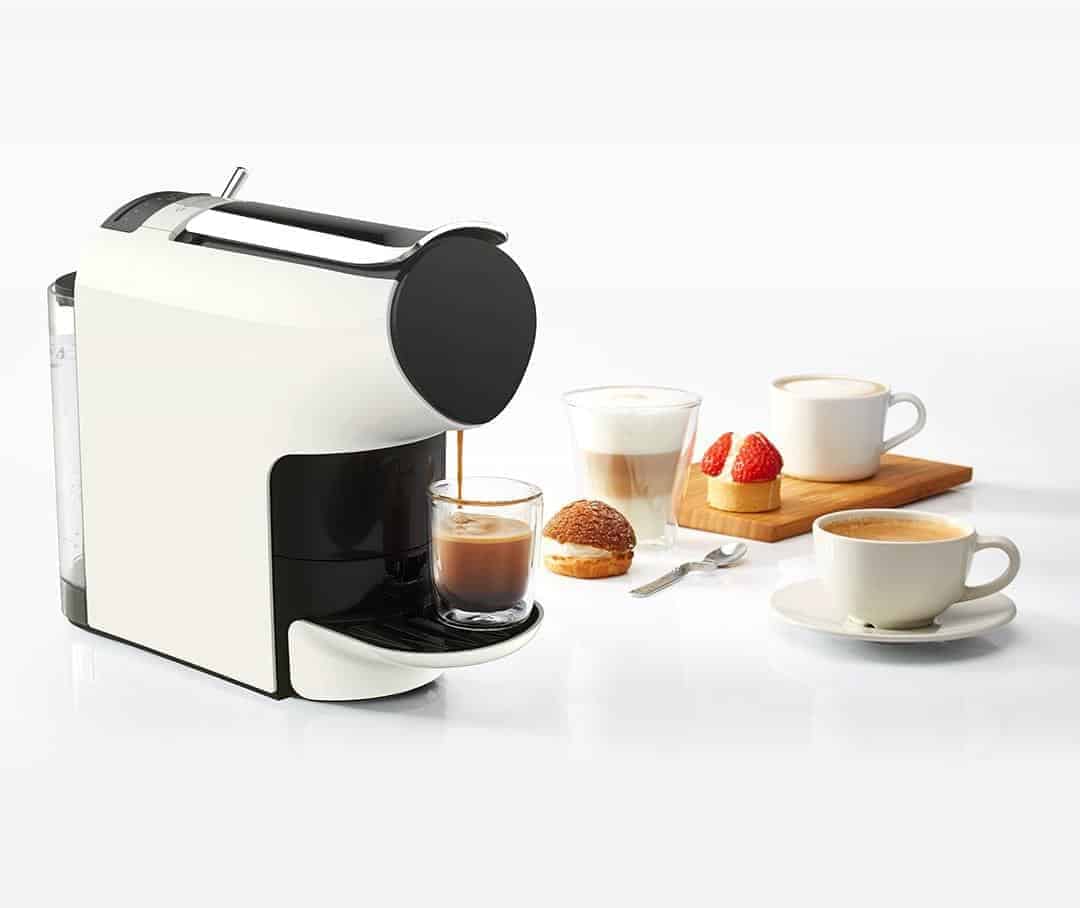 Chinese consumer electronics manufacturer Xiaomi launched a coffee machine via its crowdfunding site. According to the website, the device will be a relatively high-end bean brewer, though Xiaomi is only looking to launch the product. The device itself will actually be manufactured by Ningbo Heart Technology and marketed under the Scishare brand. Funding has already hit 499% of its goal as the device raised over 1,993,803 yuan, which translates to around $289,000. The first batch is expected to begin shipping on April 18 and larger volumes of the Scishare coffee maker will be produced later this year.

Despite packing a broad range of features, the coffee maker will be priced at only 339 yuan, i.e. approximately $58. The device uses a capsule system that's often utilized by high-end machines, while its insides contain an Italian-imported pressure pump that is rated at 1200W, with controls to adjust the strength of each brew, including a flow lever. Compatible brewing cups will range between 15ml and 85ml in size. While it is by no means a small machine, measuring at 34 x 10 x 26 centimeters – or around 13 x 4 x 10 inches – it was designed in a clean manner and should fit nicely in most kitchens.

Despite the fact that Xiaomi is best known as being a smartphone manufacturer, the Chinese tech giant has been investing in other fields related to consumer electronics for a while now. Investing in a wide variety of startups allows companies to build trust through partnerships and can also be a great opportunity for some positive publicity. Xiaomi's crowdfunding platform is just one of the methods that the China-based manufacturer uses to accomplish those goals. In addition to building partnerships and generating positive publicity, Xiaomi has also recently been turning to a broader range of consumer electronics in order to diversify its portfolio and consequently make its revenue stream less reliant on smartphones. While it's currently unknown whether the Scishare coffee machine will make it out of China or be available exclusively in the Far Eastern country, backers are being offered 50 brewing cups as a reward for backing the project. Those interested can follow the source link below to check out the device themselves.