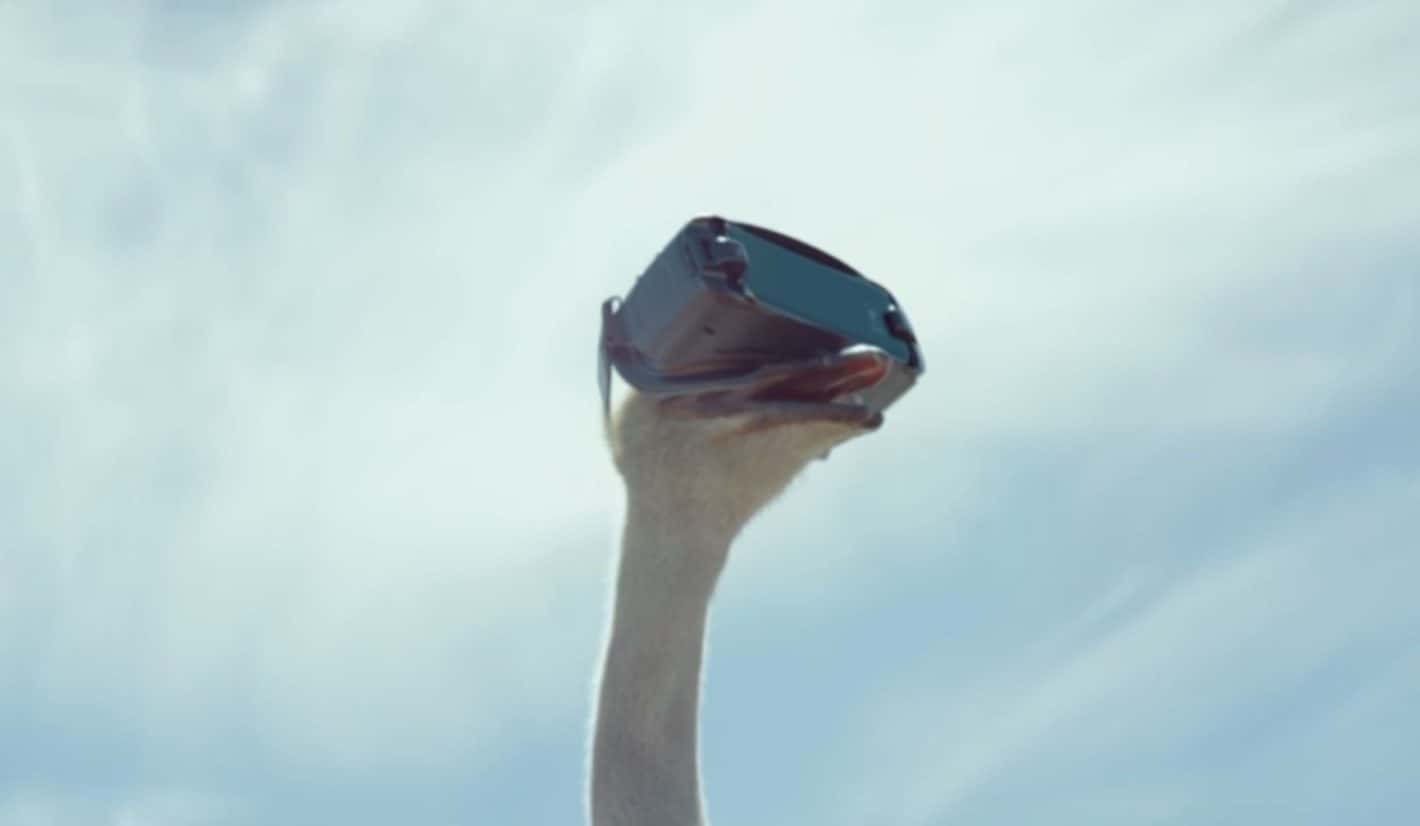 Samsung's latest video ad for the new Gear VR headset stars an astonished ostrich that has discovered the wonders of virtual reality. In less than two minutes, Samsung's marketing team is trying to show how VR can impact one's perception of the world by demonstrating how an ostrich was able to "fly" thanks to the company's new head-mounted display, something these birds can't really do due to a number of reasons, but primarily because their tiny wings can't really lift the weight of their bodies. While that may be unfortunate, the ostrich that stars in Samsung's latest ad at least got the chance to experience a VR flight simulator and started flapping around in excitement, all while amusing the rest of the flock. The video was seemingly done using a combination of real-life footage and animation and while Samsung doesn't specifically say that, rest assured that no animals were harmed during production.

The amusing promo that you can see in its entirety below aired at the very end of the Unpacked event during which the South Korean tech giant officially announced the highly anticipated Galaxy S8 and the Galaxy S8 Plus. Not surprisingly, the device situated in the Gear VR that can be seen in the ad happens to be one of Samsung's latest flagships that are scheduled to hit the market on April 21. This ad aside, Samsung didn't reveal a lot of VR-related details at the event, having already debuted the new Gear VR headset at Mobile World Congress (MWC) a month ago. The new iteration of Samsung's head-mounted display is relatively similar to its predecessor in terms of hardware, with the key difference being that it's bundled with an ergonomic controller that can be used with one hand as a remote or a gamepad.

As Google and a number of other tech giants are releasing more consumer-grade VR hardware and software, Samsung will also have to up its game to keep up with the competition in the market. Apart from new products and content, the company is also expected to continue investing in lighthearted ads like the ostrich-starring one that debuted this afternoon.