Samsung's Galaxy Tab S3 Verizon model has hit the FCC recently. Samsung officially announced the Galaxy Tab S3 last week during their press event for Mobile World Congress, so it shouldn't be too much of a surprise that US carrier variants are starting to make their way through the regulatory channels. While the FCC documents don't specifically mention Verizon Wireless as the carrier that this version of the tablet is meant for, the label location document does list the model number SM-T827V, and Verizon versions of devices tend to have a "V" on the end of the model to designate the carrier.

While the Samsung Galaxy Tab S3 has been announced as coming to multiple carriers, it hasn't actually been mentioned when carriers would be launching the device as is typical with any new device launch. That means Verizon themselves will announce the official availability and pricing dates for the tablet on their network, but since it seems to already be passing through the FCC a launch date may not be too far in the future. The FCC documents don't mention any details about whether or not this is the LTE version of the tablet, but being that it's bound for Verizon chances are that that's the case.

Samsung will be launching the Galaxy Tab S3 in both LTE and Wi-Fi only versions though, so those who may want to use the tablet without the LTE service will simply be able to pick up the Wi-Fi only version instead, which is likely to cost less as it won't have the capability to connect up to a cellular network for service. The Galaxy Tab S3 comes equipped with a 9.7-inch Quad HD Super AMOLED display and comes powered by Qualcomm's Snapdragon 820 processor, which is paired with the Adreno 530 GPU for graphics as well as 4GB of RAM and 32GB of internal storage space that can be expanded with the use of a microSD card. It also offers quad speakers that are tuned by AKG so users can expect some pretty amazing audio quality for media entertainment whether that be music, movies, or games. 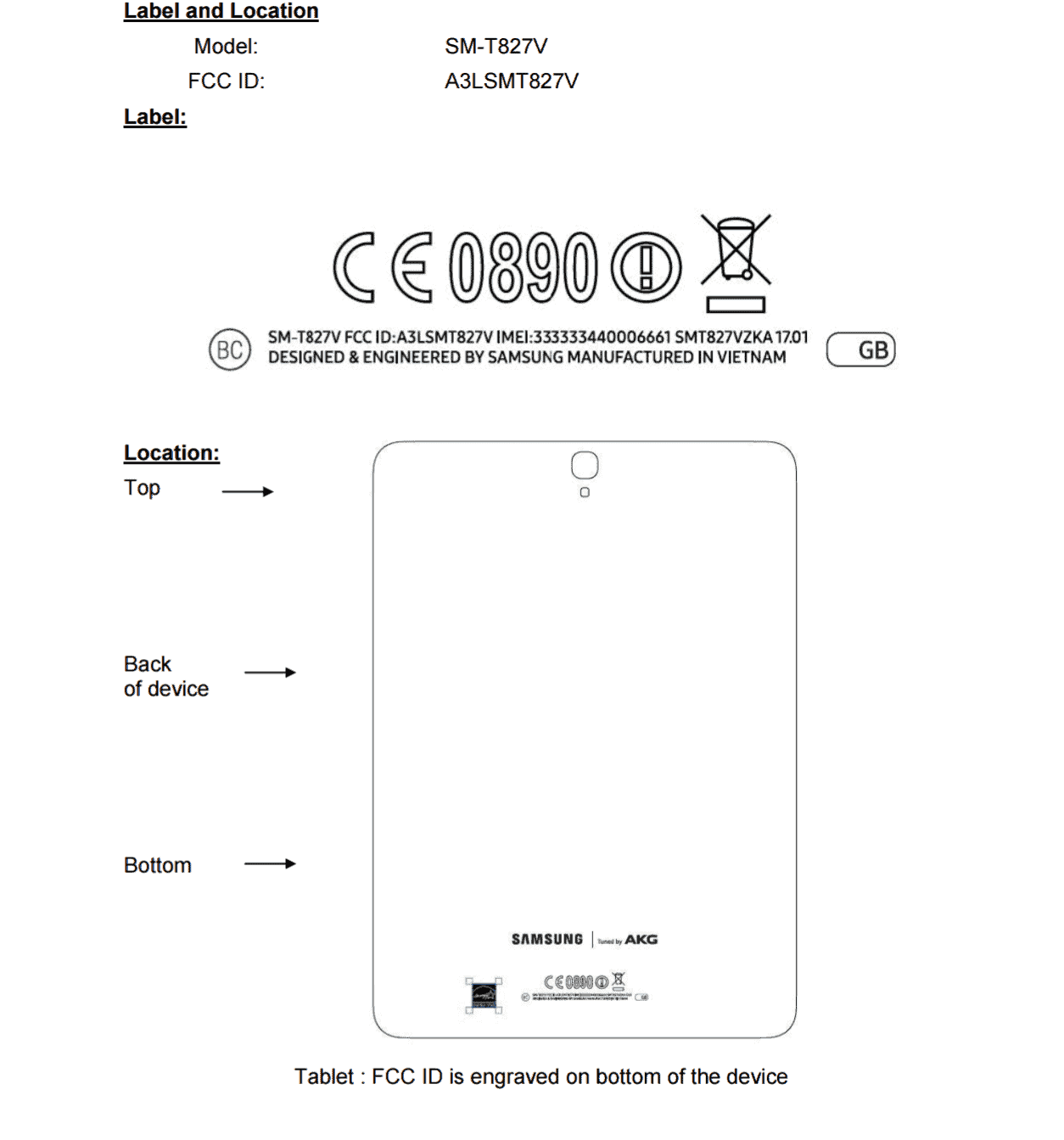