Samsung’s Galaxy S8 colors have recently leaked showcasing three of the previously rumored colors. Those included in this morning’s leak are the Orchid Grey, the Black Sky, and the Arctic Silver, all three of which were initially talked about last Friday alongside the fourth option which is said to be a Coral Blue color. Samsung typically launches multiple colors of their mobile devices, though they may not end up launching each color of both the Galaxy S8 and Galaxy S8 Plus in every single region where the phone is scheduled to launch, which is expected to be towards the end of April.

In addition to the leaked colors, rumored prices of both upcoming smartphones have also leaked. According to Evan Blass, the Galaxy S8 and Galaxy S8 Plus will cost €799 and €899 respectively. This isn’t the first time that these pries for Samsung’s 2017 flagship devices have been mentioned, as they were previously rumored at these prices for Europe earlier this month, so while the prices may not be new information they do match up with earlier rumored costs. This also suggests that the prices could very well be correct. Having said that it is worth noting that the prices could always change, and they’re likely to be different in some regions.

Alongside the prices of the Galaxy S8 and Galaxy S8 Plus in Europe, rumored costs for the new Gear VR and new Gear 360 have leaked as well. The new version of the Gear VR was unveiled back at Mobile World Congress at the end of last month, and while the design of it was mostly the same as the currently available model, it’s going to launch alongside a the Gear VR controller, and according to the leak it will cost €129. The new Gear 360 camera is said to cost €229. Although Samsung hasn’t officially confirmed any of the pricing details for these devices yet, they’re expected to unveil the phones at Unpacked at the end of this month, where they may also unveil the new Gear 360 camera which recently showed up at the FCC and appears to have a different design compared to the original camera. 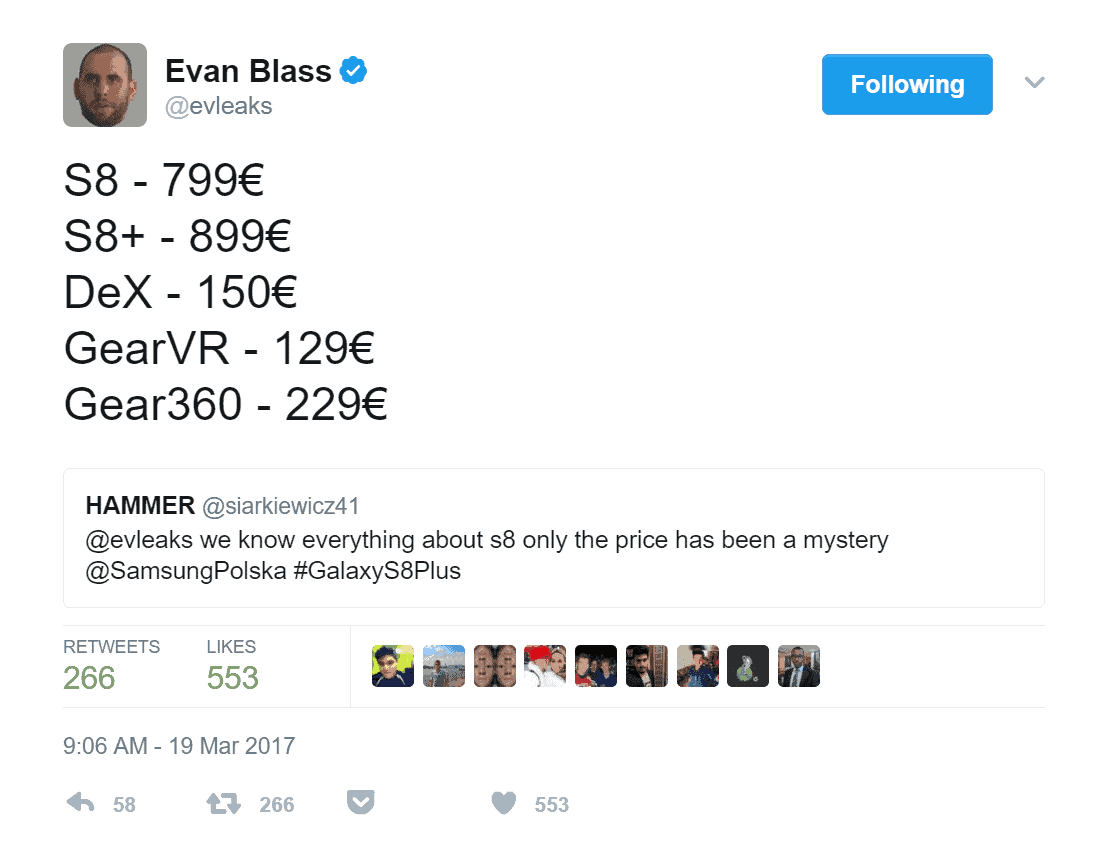