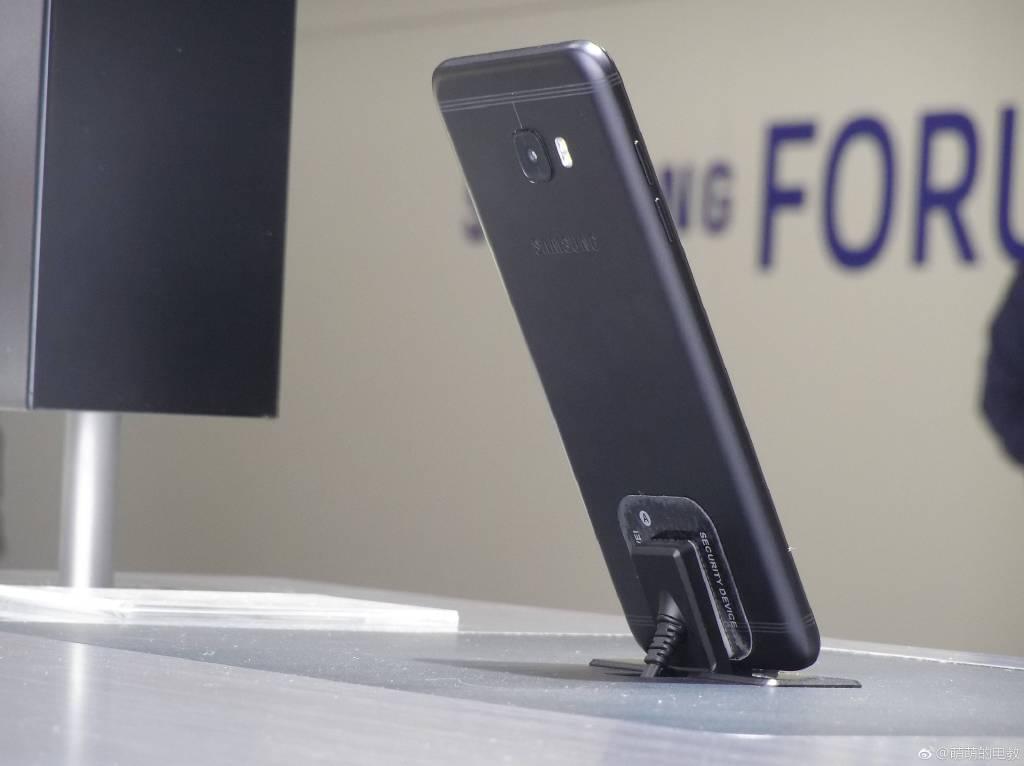 Samsung Electronics just broke the silence surrounding the Samsung Galaxy C5 Pro. The company recently showcased the device at Samsung Forum 2017 in China, but as yet no details regarding pricing and availability have been officially disclosed. Nevertheless, the smartphone's overall design has been further confirmed and interestingly enough, the device was presented in Black for the first time since it was seen in leaked images flaunting the colors Blue, Champagne Gold, and Rose Gold.

Spec-wise the Samsung Galaxy C5 Pro should classify as a mid-range smartphone boasting a Super AMOLED display with a resolution of 1920 x 1080. However, while some sources hint at a 5.2-inch panel, others indicate that the smartphone will be equipped with a 5.5-inch display instead. Either way, the Samsung Galaxy C5 Pro should rely on a Qualcomm Snapdragon 625 SoC (System-on-Chip) housing a total of eight ARM Cortex-A53 cores clocked at up to 2GHz, as well as an Adreno 506 graphics chip. The smartphone should also house 4GB of RAM along with 64GB of internal storage expandable via micro SD, and the back panel is likely to accommodate a 16-megapixel sensor complete with a two-tone, dual-LED flash. A similar 16-megapixel camera is said to reside on the front-panel, and in overall, the internal components are likely to rely on a 3,000mAh battery. Lastly, the smartphone should be launched with Android 6.0 Marshmallow out of the box, sprinkled with Samsung's proprietary user interface.

The Samsung Galaxy C5 Pro was demoed at Samsung Forum in China wearing the color Black, but previous rumors also indicate that the device should be available in a variety of other color options including Blue, Champagne Gold, and Rose Gold. Pricing and availability details are currently missing but the Samsung Galaxy C5 is likely to debut sooner rather than later, seeing how the South Korean tech giant was ready to showcase the smartphone in China. In any case, it's worth reminding that Samsung's smartphones labeled with the letter "C" are generally designed for the Chinese market, so even if the device will be launched across the pond, it's safe to assume that China will take priority over other regions.