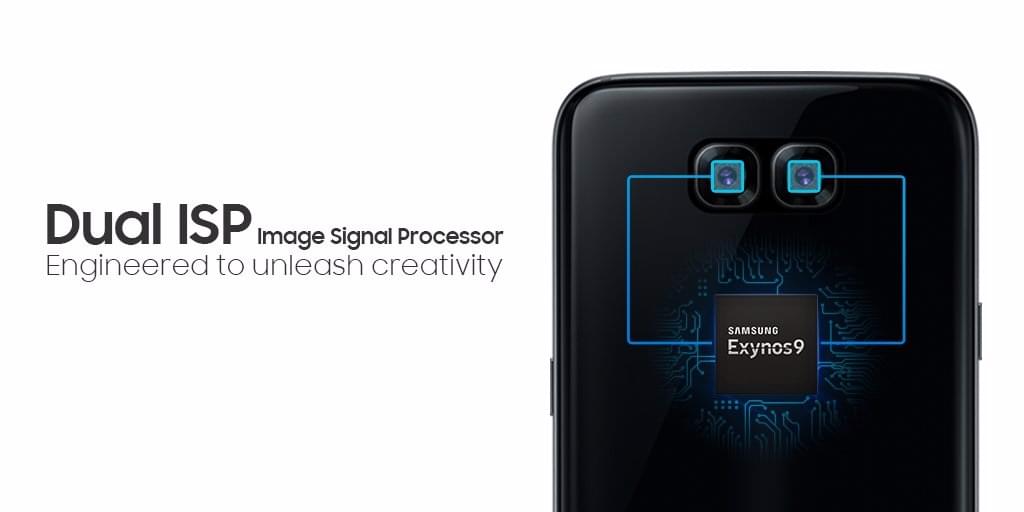 Rumors about a dual-camera Samsung Galaxy S8 have both come and practically gone as leaked pictures finally hone in on what many assume to be the final look of the device. However, a tweet today from the official Samsung Exynos Twitter account concerning their Exynos 8895 processors, is both exciting and confusing. It is clearly advertising Dual ISP (Image Signal Processor) capabilities, while showing the back of what could only be a Samsung device with dual cameras and a title that states “Engineered to unleash creativity.” The title is “Take great pictures. #Eynos8895 with #DualISP for #DualCamera.” The new Galaxy S8 series is slated to have the Exynos 8895 processor in the devices made for sale outside the US – does this mean it may still contain a dual camera? While this very revealing tweet says a lot, it also tells us nothing. Is it possible that the Galaxy S8 Plus will have an advanced camera, in addition to a larger display?

Throwing all rumors aside – having Dual ISP capability in the Samsung Exynos 8895 is not a surprise, but more a given into today’s tech world. Qualcomm has had that capability for a while now in their Snapdragon series and most certainly the Snapdragon 835 model that precisely squares off with the Exynos 8895. Whether a manufacturer chooses to incorporate all of the chip’s features is up to the engineering and marketing people designing a new smartphone. The cases designed for the new Samsung Galaxy S8 series show what looked like a dual camera setup, although it has since been understood that the extended back opening is to allow room for a rear-mounted fingerprint sensor to the right of a single camera. If the Galaxy S8 Plus model follows that same recipe, then it could be possible that Samsung is hinting about the upcoming Galaxy Note 8, due out in the fall.