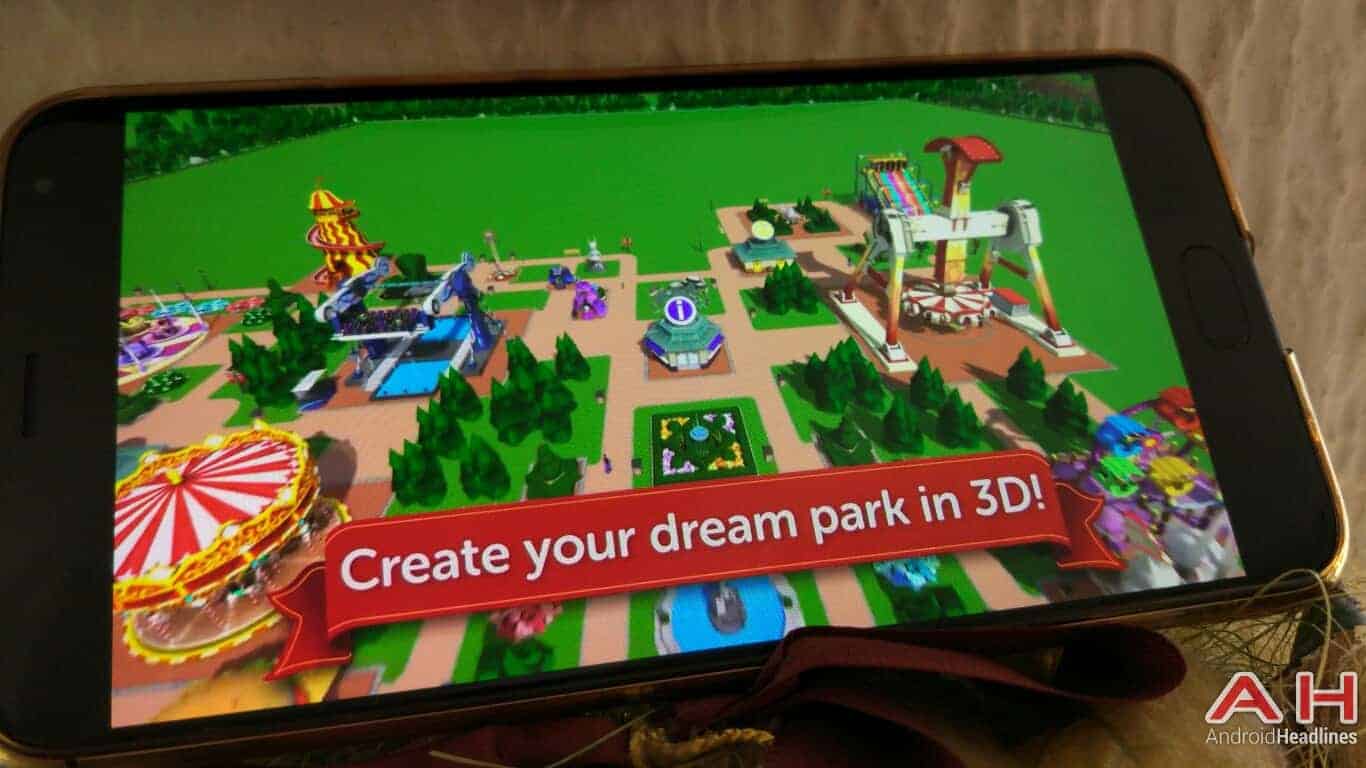 RollerCoaster Tycoon Touch started rolling out on the Google Play Store earlier this week and is now available for download all around the world. Atari's latest mobile game was inspired by the popular RollerCoaster Tycoon series of management sims which task players with building and developing a rollercoaster theme park. While the original franchise had a large following, it remains to be seen whether the new mobile game will manage to attract the same type of players that used to enjoy Chris Sawyer's titles seeing how RollerCoaster Tycoon Touch is a free-to-play mobile game filled with in-app purchases. On the bright side, a quick look at the game suggests that the vast majority of its microtransactions can be avoided if you're fine with not progressing at a rapid pace.

The gameplay itself was inspired by the original RollerCoaster Tycoon games but now features numerous waiting timers and a card pack system that allows players to randomly unlock new roller coasters, decorations, and other items they can use to improve their virtual theme parks. Cards are obtained by leveling up and completing random objectives the game generates on a daily basis. Naturally, card packs can also be purchased for real money if you're feeling impatient. When you aren't opening card packs and improving your theme park, RollerCoaster Tycoon Touch will allow you to connect with your friends and participate in various in-game events, as long as you're willing to log into the game using a Facebook account. In other words, RollerCoaster Tycoon Touch isn't unlike SimCity BuildIt in the sense that it takes many well-known mechanics from a beloved management sim franchise and adapts them to the freemium business model. As such, the game likely won't appeal to every old fan of the series, but it is significantly more accessible and may end up being a bigger commercial success in the end.

You can download RollerCoaster Tycoon Touch by following the Google Play Store link below. The game is compatible with all devices running Android 4.4 KitKat and newer, so you should be able to play it on the majority of contemporary smartphones and tablets.