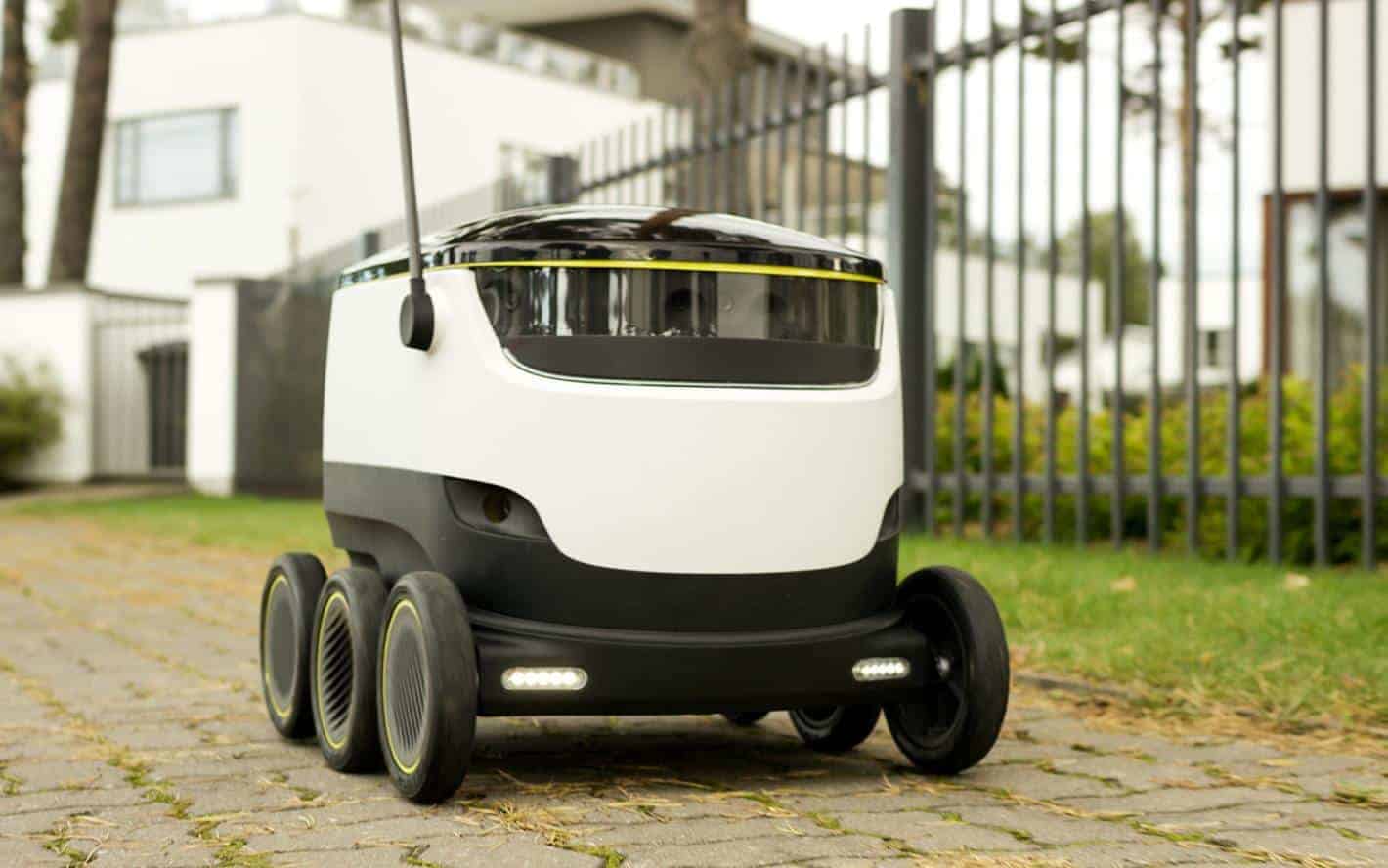 The commonwealth of Virginia has become the first state to make the operation of robots on sidewalks and crosswalks legal. Governor Terry McAuliffe (D) signed that law that will go into effect on July 1st that makes it possible for robots to make deliveries straight to your doorstep. This effort was made by Ron Villanueva(R) and Bill Desteph(R) who sponsored the bill and wrote it with the help of Starship Technologies. Other companies like Amazon and Grubhub also sent letters to lawmakers urging them to pass the law which would benefit the companies as well. The bill gives local governments the power to further regulate how robots would operate in their towns. They could only impose stricter regulations such as lowering the speed limit further.

The law only allows robots to weigh less than 50 pounds and they won’t be getting to the destination in a hurry as they are allowed to go no faster than 10mph. They are required to be monitored closely by a human, you know just in case they go all Skynet on us, but they are allowed to go autonomously without the monitor being in the line of site. And of course as stated before they are only allowed on sidewalks and crosswalks.

Starship Technologies was founded in 2014 by Ahti Heinla and Janus Friis and is base in London. Currently, the company is working with Postmates in Washington D.C. and Doordash in Redwood City, California testing the robots. It built its first 10 robots in 2016 almost two years after starting up. The company has partnered with many companies since its founding such as Mercedes-Benz Vans and other companies in the UK, Germany, and Switzerland. In January it announced $17.2 million in funding.

According to Villanueva, there was no pushback and a lot more curiosity into how the technology would work and how Virginia could benefit from it. There are already other legislators that are working on similar laws in Idaho and Florida, so it’s just a matter of time before we see this countrywide. Besides Starship Technologies there are at least two other companies working on delivery robots, Marble and Dispatch. We know Amazon has been working with drones, but with this law being passed it’s safe to assume it has a couple of robots in the works.