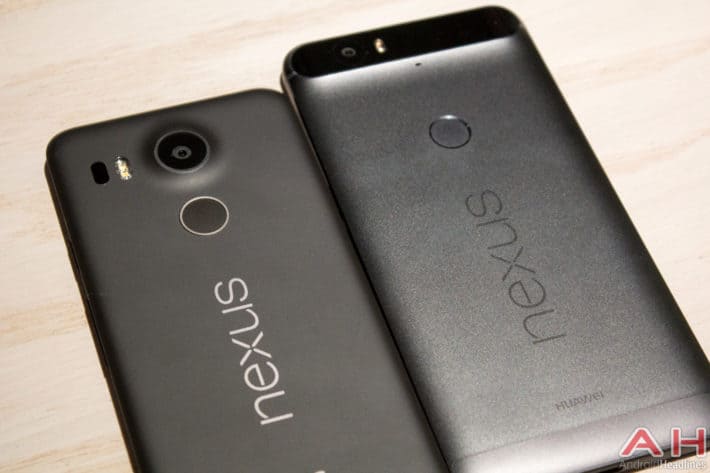 When you hear the name, Google Nexus, it conjures up certain images and standards. Those ideals were shattered last year when Google announced that they were getting rid of the Nexus branding and starting down a new path with a new name – Google Pixel. However, in an effort to rebrand their smartphones, the global popularity of the Nexus name left the Pixel name floundering to be recognized as a new and improved version of the past Nexus devices. As good as the Google Pixel smartphones are, they did not sell as Google was hoping and as they fought hard to shake the Nexus name from their brand, the world would not let go. Is this giving Google pause and second-guessing their decision to dump the Nexus moniker?

Other manufacturers, like Samsung, LG, Huawei, Xiaomi, OnePlus, and the rest, put their own 'skin' over top of the Android Operating System (OS). Google's Nexus and Pixel models were a means for Google to showcase their pure Android OS without any 'skin' hiding the pure vanilla essence of what Android was all about. The early Nexus devices were mid-range devices that were affordable by most users and sold only through the Google Play Store. Google surprised everybody with the huge and expensive Nexus 6, built by Motorola as a higher end device. It was the start of partnering with carriers to sell the Nexus so users could make payments. Realizing they upset many loyal Nexus owners, in 2015, Google put out two Nexus devices, the affordable Nexus 5X (built by LG) and the high-end Nexus 6P (built by Huawei). Both devices received raved reviews and were some of the most popular Nexus devices ever sold. However, at the peak of their popularity, Google decided in 2016 to pull the Nexus name and replace it with the Google Pixel.

Two signs point to a possible revival of the old Nexus brand. The first revolves around their Android updates. After virtually being cut off from the program, they do receive the occasional security update. As for the Android software updates, Google has a two-year guarantee for updating their OS and very soon the 2015 Nexus 5X and Nexus 6P will be in the 'junk pile' of two-year-old devices. However, to the surprise of Nexus owners, Google went ahead and gave the last two Nexus devices their Android 7.1.1 Nougat updates with many of the new features. Even the beta version of Android 7.1.2 is scheduled to go out the Nexus 6P, which will take care of a few bugs and add some other fixes. This decision is very strong evidence that Google may indeed decide to push out new successors to the Nexus 5X and Nexus 6P models. Mind you, there is no formal announcement from Google, so this should be taken with a grain of salt.

While Google does not disclose how many Pixels were sold, the rumors are that sales were lower than expected. This decline in sales is another reason there could be a Nexus revival – the Nexus 5X and Nexus 6P seemed to be the devices that Google needed to make their run at capturing a good share of the market and spreading the Android OS. However, Google has this habit of doing an 180 when we least expect it. The Pixels were the first devices that incorporated Google Assistant in the phone, although others are now following – why not a new Nexus model with Google Assistant. When you compare the Nexus 6P versus the Google Pixel XL, the Pixel XL boosts Google Assistant and the newer processor, but the displays and the design are on par, and the dual front-facing speakers on the Nexus 6P still make it a very competitive device.

We are not sure what Google will do until they make an official announcement, but Google's hardware chief, Rick Osterloh, stated at MWC that the Pixel 2 would be a high-end device and there will not be a cheaper model. It makes sense that the Google Pixel 2 was in the pipeline for a while and will debut this fall, but that does not mean a Nexus model could add a cheaper alternative. The primary purpose of both the Nexus and Pixel devices is to spread the Android OS, as it was originally designed, to as many users as possible – which vehicle is best suited to carry out that task, only Google knows for sure.