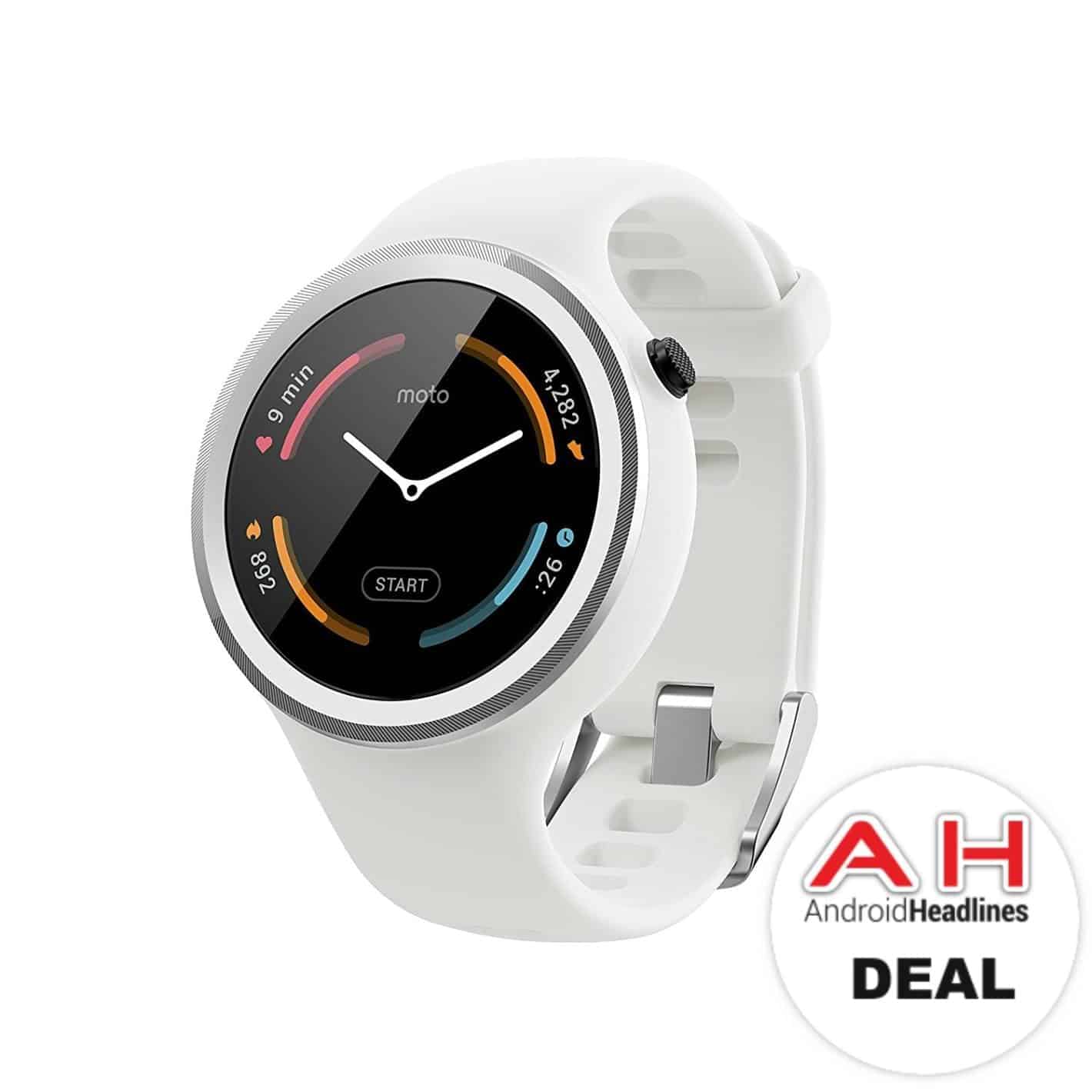 B&H Photo currently is selling the Moto 360 Sport for just $124.99, that is $74.99 off of its regular price and also the lowest we've seen for a brand new model outside of the holiday season. B&H Photo is only offering it in black and white at this price, however. The flame color is not available for $109 unfortunately.

The Moto 360 Sport is Motorola's "sporty" smartwatch, and it runs on Android Wear. It doesn't ship with Android Wear 2.0, but it will be getting the update in the next few weeks. This smartwatch has Google Fit and Moto Body pre-installed, so you can keep track of your workouts and your activity throughout the day. Definitely a great smartwatch for those that are into fitness out there. The Moto 360 Sport will work with smartphones running Android 4.4 or later, as well as iPhones running on iOS 9.0 or later. With the Moto 360 Sport, you are unable to swap out the bands, and this is due to the fact that the bands are silicon, made for sweating and stuff. As you wouldn't want a leather band on a smartwatch you'll be wearing at the gym.

It's currently unclear how long B&H Photo will be offering up the Moto 360 Sport at this price, but it likely won't be long. So if you are interested in the Moto 360 Sport, head to the link below and grab one before it's gone.

Advertisement
Buy the Moto 360 Sport
Trusted By Millions
Independent, Expert Android News You Can Trust, Since 2010
Publishing More Android Than Anyone Else
18
Today
64
This Week
64
This Month
3237
This Year
104716
All Time
Advertisement