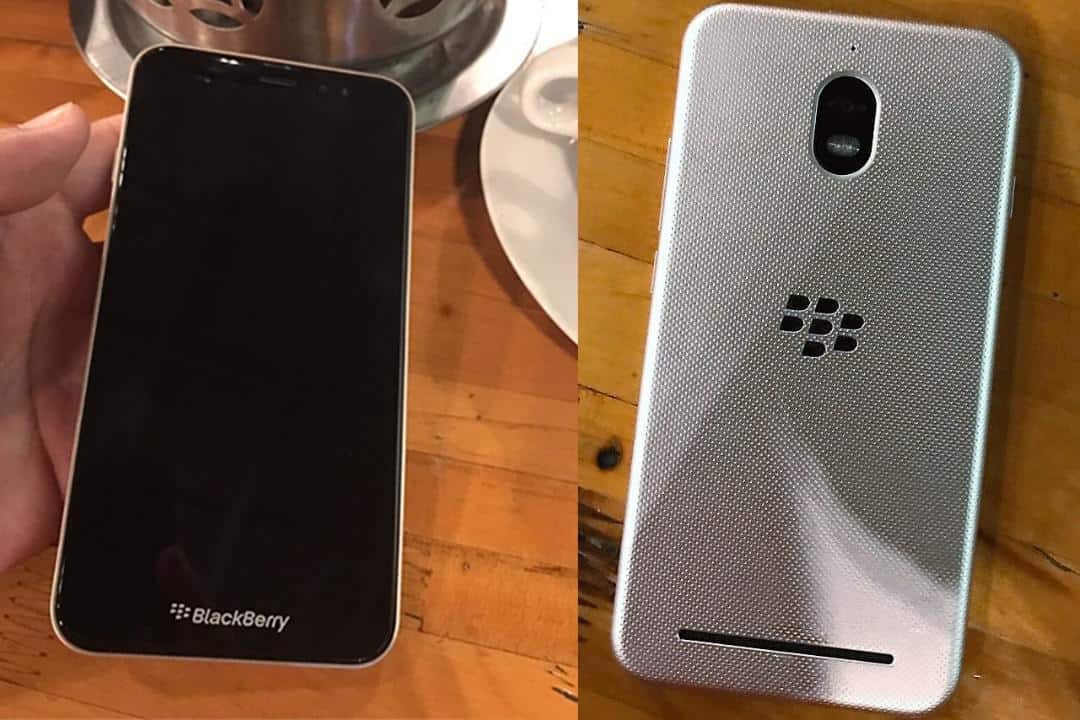 Two real life pictures showing a BlackBerry device that a previous leak dubbed the BBC100-1 have surfaced online on Tuesday. The purported specs of the device were initially leaked in late January and suggested that the BBC100-1 is reportedly set to launch with a 1.4GHz Snapdragon 425 system-on-chip (SoC), a 5.5-inch 720p display panel, 4GB of RAM, and 32GB of internal storage. The whole thing is said to be powered by a 3,000mAh battery and will allegedly ship with Dual-Sim support. While those specs don’t seem to be particularly eye-drawing, the BBC100-1 could possibly differentiate itself from its competitors in a number of ways.

While the images above are not of the highest quality, a few design decisions reflected by the device immediately come into focus. First and foremost, the front of the device has no physical keyboard despite the fact that physical keyboards are a feature of many BlackBerry devices, including the recently revealed BlackBerry KEYone. However, while the suspected BBC100-1 is all screen and bezels, that is hardly the only design change that sets it apart. The back side of the device appears to have a dimpled texture and is shown in a bright silver color. It also has a long slit across the lower half, which is presumably where the main speaker is housed. Meanwhile, the LED flash has been placed beneath the main, single-lens camera and isn’t located beside it like the one on the BlackBerry KEYone is.

The difference in design of the BBC100-1 and recent BlackBerry-branded smartphones should not be surprising since this device is reportedly not designed and built by TCL as many other Android BlackBerry devices are. Instead, the BBC100-1 is apparently made by PT BB Merah Putih for the Indonesian market. PT BB Merah Putih is a joint venture headed by PT Tiphone which is affiliated with the largest mobile service provider in Indonesia. A device bearing the designation BBC100-1 has also just recently passed through certification in Indonesia, suggesting it might hit the market shortly. Given that state of affairs, more details on the device depicted above will likely follow sooner rather than later.