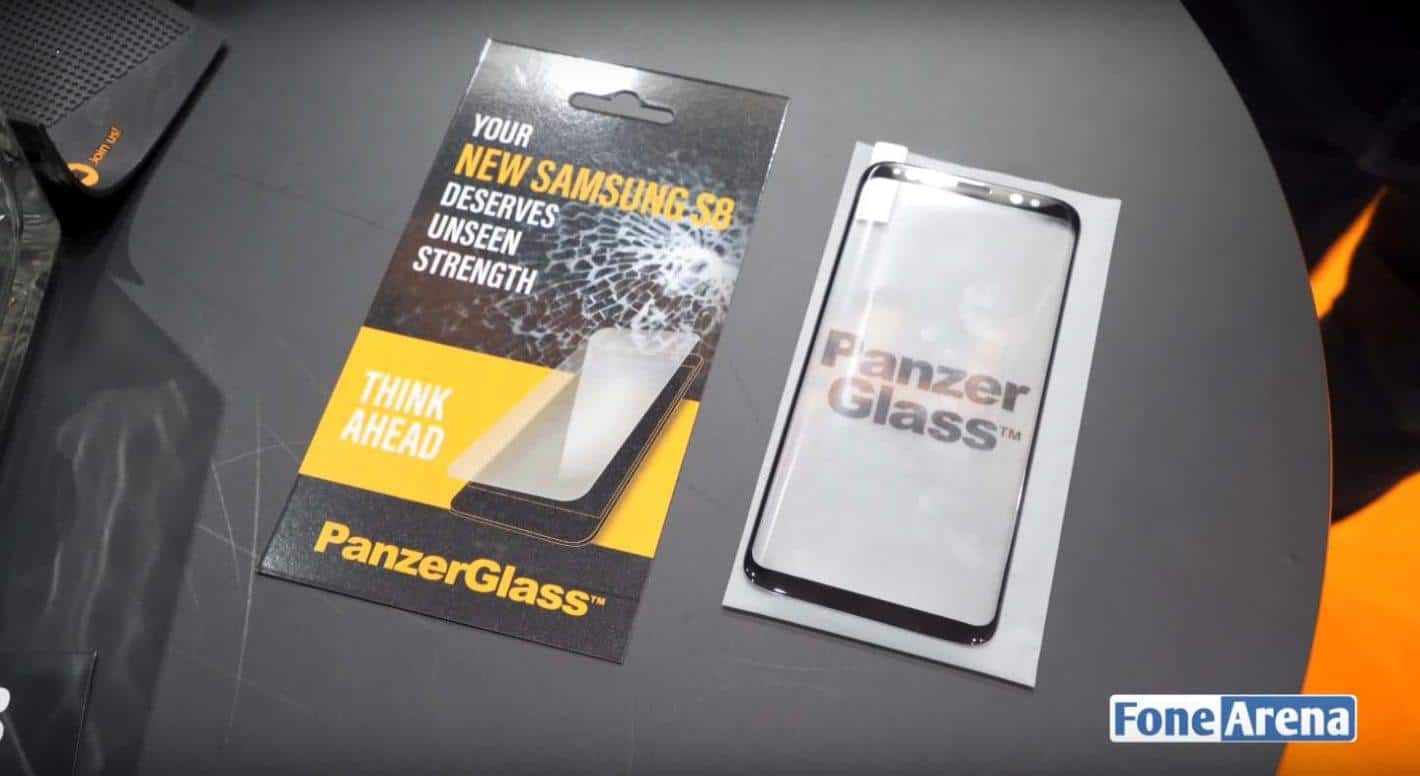 Screen protector manufacturer PanzerGlass has been showing off its tempered glass products at Mobile World Congress (MWC) 2017 in Barcelona, Spain, and interestingly enough, one of the company's latest creations has been designed for the upcoming Samsung Galaxy S8. PanzerGlass' tempered glass screen protector for the aforementioned flagship wraps around the curved edges of the display which seemingly confirms how the smartphone's overall design will look like.

According to a hands-on video shared by FoneArena that you can see below, PanzerGlass' new screen protector for the Galaxy S8 has been manufactured in a way that shouldn't affect the usability of the smartphone's Edge functionality. Older screen protectors designed for previous Samsung Galaxy smartphones equipped with Edge displays had trouble achieving this, but PanzerGlass apparently made a breakthrough. This also indicates that the tempered glass protector at hand has been manufactured in accordance with the Galaxy S8's exact measurements, so in a way, PanzerGlass also confirmed that the upcoming Android flagship will feature extremely thin top and bottom bezels, as some previous reports and leaks already indicated. As for the product itself, PanzerGlass' tempered glass protector can withstand a great deal of abuse and can even survive direct hits with a hammer. Furthermore, as shown in the video below, the panel appears to have been treated with a hydrophobic coating which doesn't allow water to "stick" to its surface. This not only adds an extra layer of water resistance to the phone but can also help in reducing smudges and fingerprints.

PanzerGlass didn't disclose the price tag or the exact release date of this product, but it's safe to assume that the screen protector shown below will not be released before Samsung's flagship makes an official appearance. The Samsung Galaxy S8 is expected to be officially unveiled on March 29 and should hit the market a few weeks after that. The device is rumored to be equipped with a 5.8-inch Super AMOLED display featuring a resolution of 2960 by 1440 pixels, topped with a protective sheet of Corning Gorilla Glass 5. The Samsung Galaxy S8 will reportedly be powered by the Qualcomm Snapdragon 835 and the Exynos 8895 chipset in certain territories, as well as 4GB of RAM. The Galaxy S8 will likely debut alongside the Galaxy S8 Plus, a larger variant of the device that reportedly won't differ too much from its smaller sibling.