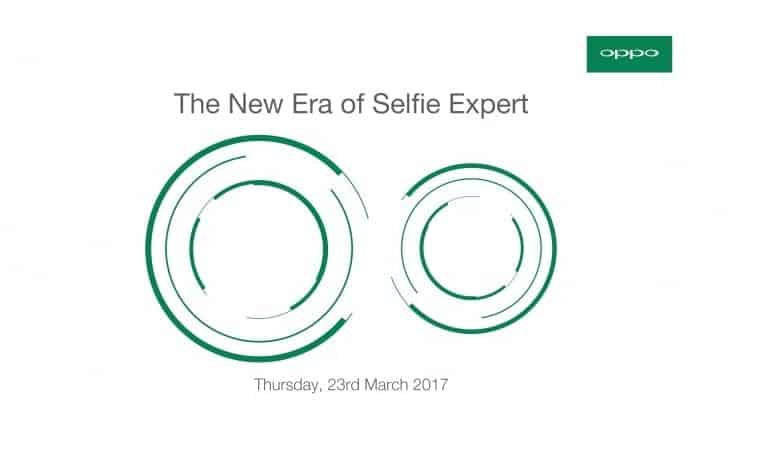 Chinese smartphone manufacturer OPPO is apparently preparing to unveil its next selfie-oriented pair of smartphones in the Philippines, dubbed the OPPO F3 and the F3 Plus. Billboards signaling the upcoming announcement have already been spotted in the Philippines earlier this week, and now the smartphone maker is sending out invites for an official press event that will take place on March 23. It is worth keeping in mind that the press invite (shown above) does not specifically mention either the OPPO F3 and the F3 Plus, so there is always the possibility that something else will be announced instead. Although the general consensus is that these devices are what will be on show come March 23.

The invite sent out by OPPO Philippines to local news outlets is titled "Selfie Expert Launch Event" and calls tech enthusiasts to witness "the new era of dual selfie camera." This indicates that OPPO is planning to unveil at least one smartphone equipped with a dual front-facing camera setup designed for selfies. Hardware details are somewhat lacking at this point so it remains to be seen whether both the OPPO F3 and the F3 Plus will employ a dual front-facing camera configuration, or if only one of the two models – presumably the OPPO F3 Plus – will boast this feature. There's a possibility that OPPO may have borrowed a page from the playbook of its sister company Vivo who recently launched the Vivo V5 Plus equipped with two front-facing cameras and the Vivo V5 featuring only a single selfie camera. Regardless, the OPPO F3 will likely be cheaper than the F3 Plus.

As far as internal hardware is concerned, recent rumors suggest that the OPPO F3 will house the Qualcomm Snapdragon 653 System-on-Chip (SoC) featuring eight CPU cores, 4GB of RAM, 32GB of internal storage, and a 5.5-inch Super AMOLED display panel. On the other hand, the OPPO F3 Plus is said to feature a 6-inch Super AMOLED display with a higher pixel count, the same Qualcomm-made chipset, and 6GB of RAM along with 64GB of storage space. Specifications aside, as both smartphones are expected to be announced later in the month, firm details on pricing and availability will likely follow in due course.