The OnePlus 2 running on Android 7.1.1 Nougat has shown up over on Geekbench suggesting that the device may currently be in testing with the latest version of Nougat software, and this could be signaling that OnePlus is preparing to release the software to devices in the near future. While a benchmark listing with a detail such as this certainly looks like Nougat may be just around the corner for OnePlus’ second smartphone, it’s important to remember that this is still just a benchmark and OnePlus themselves have not mentioned any sort of time frame for the release of Android 7.1.1 Nougat on the OnePlus 2.

In fact, as of last week the most recent update that OnePlus has started pushing to users and made available to flash manually, was OxygenOS 3.5.8, which does include the March Android Security Patch, but not Android Nougat. For now users with the OnePlus 2 are still stuck on Android Marshmallow, and not that there’s anything wrong with that as Marshmallow has some nifty software enhancements and battery saving features, but Nougat definitely improves upon Marshmallow in more than a few ways so users are surely eager to get their hands on it. While the benchmark listing isn’t exactly a confirmation of sorts about Nougat being ready, it may at least point to it being close, and that’s some good news for OnePlus 2 users.

While it’s likely that the OnePlus 2 is going to get Android Nougat at some point as the hardware is more than capable of supporting the software enhancements, it still remains to be seen when OnePlus decides to send out the software. There’s no indication of when exactly OnePlus may have started testing Nougat for the OnePlus 2 if they have already started, but being that it’s older than both the OnePlus 3 and the OnePlus 3T, which both just started receiving their own updates to Android Nougat as of March 16th, the OnePlus 2 probably wasn’t the top priority. That doesn’t mean that it wasn’t or isn’t a priority, just that the OnePlus 3 and OnePlus 3T were more than likely higher priorities since they’re more current devices, and that’s nothing new as OnePlus isn’t the only manufacturer who focuses on their newest devices first when it comes to software updates. 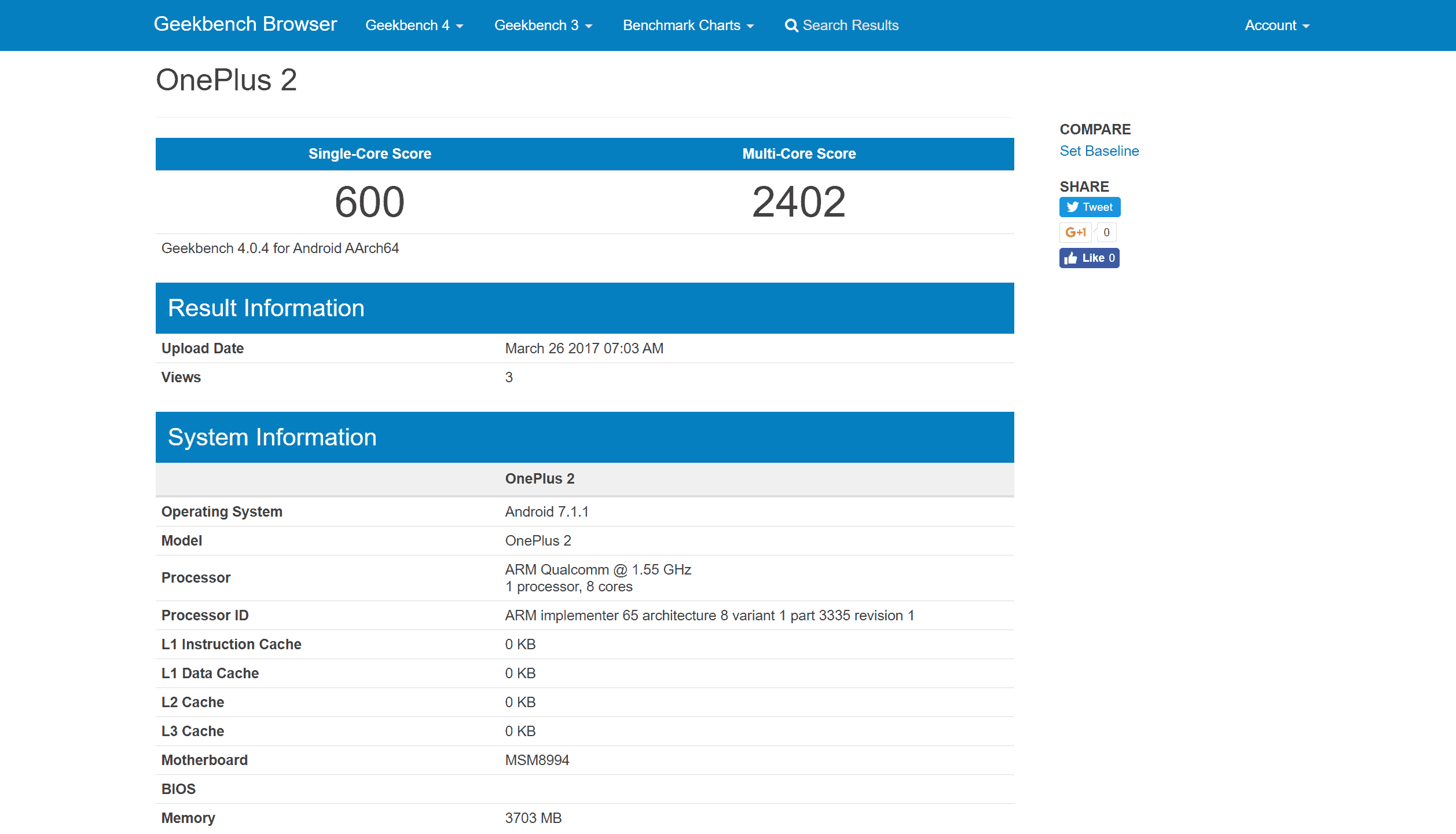