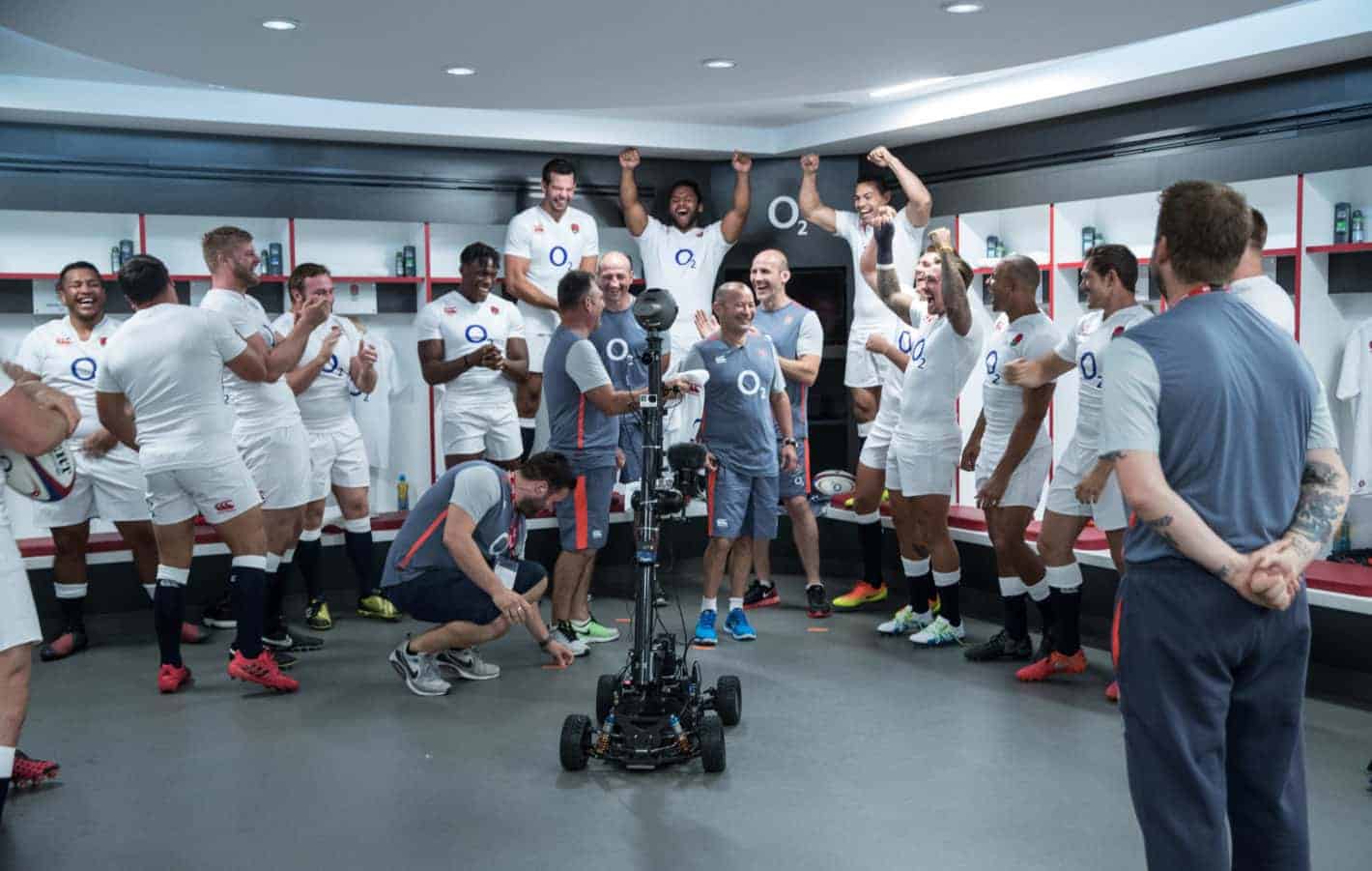 O2 is launching Rugby & music VR experiences for their subscribers to offer them some new and unique ways to check out virtual reality content. All of the content is accessible on multiple VR platforms including popular headsets like the Oculus Rift and the HTC Vive, but it's also compatible with Samsung Gear VR headset which is much more likely to be in the hands of the majority of consumers as it's a lot less expensive and it's compatible with a range of Samsung Galaxy smartphones.

Currently the VR experiences won't be available to download (though they will be downloadable at some point later in 2017) so those who want to give these new experiences a try will need to do one of two things. Either visit Twickenham during a match day or go to one of the O2 store locations where the experiences can be demoed. O2 has 90 stores total where customers can give the VR experiences a shot, and there shouldn't be much trouble if any finding a place to test them out as the stores with the content are all spread out nationwide.

This new VR content includes England Rugby VR, which will allow players to go up against some of England's best Rugby players in various virtual drill competitions. The drills include tackling, scrummaging, and kicking, and players are scored on their performance through an interactive points-based system to see how they stack up to the players. Rugby fans will even notice some of the talent as more than a few big-name players took part in the experience including Ben Youngs, Dylan Hartley, and George Ford. In addition to the Rugby experience, O2 is also offering the music-focused experience called O2 Academy Venues VR, where users can take part as either a fan or a musician at an O2 Academy venue. The cool part about this one in particular is that users will get to experience both sides of the content, and they can switch between being the musician or the fan at any time. Alongside these two experiences which are already available to try, O2 says there is a third experience on the way called simply, The O2, which will focus on letting users experience huge, exciting moments focused around music and entertainment at The O2 venue.