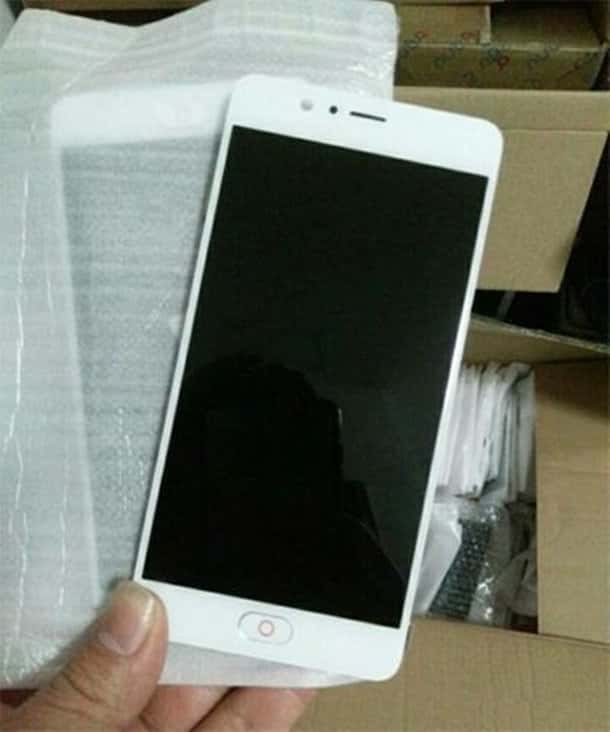 A new Nubia-branded smartphone just leaked, the Nubia Z17 Mini. This seems to be a rather odd name for a smartphone, the number '17' just seems odd, but there you have it. Now, this is allegedly the smartphone that Nubia teased a couple of days ago, a device which will sport two camera sensors on the back. The design of this smartphone just leaked, along with its partial specs, and pricing, read on.

If you take a look at the provided image, you'll get to see the device itself. The Nubia Z17 Mini won't be flashy at all, if this leak is to be believed, it actually looks quite generic, but do keep in mind we only get to see its front side here. As you can see, the pill-shaped button is placed below the display, and we still don't know if this is a physical key, or just a capacitive button. Chances are that this button will double as a fingerprint scanner, though, so keep that in mind. The red circle which symbolizes Nubia's smartphones, in a way, is still there, though. According to the provided info, the Nubia Z17 Mini will ship in two variants, a more affordable variant of this device will be fueled by the Snapdragon 652 64-bit octa-core SoC, and will pack in 4GB of RAM. A more expensive Nubia Z17 Mini model will ship with the Snapdragon 653, and 6GB of RAM. The base model of the device is said to cost 1,499 Yuan ($217) in China, while the 6GB RAM variant will set you back 1,799 Yuan ($260) should you choose to buy it. The source also mentions that the device will sport a 16-megapixel front-facing shooter, a 5.2-inch fullHD display, and a pair of 13-megapixel cameras on the back, while a 3,000mAh battery (Quick Charge 3.0 included) will also be a part of this package.

Nubia's teaser revealed that this phone is coming on March 21st, which is only a couple of days away at this point, though it is possible that we'll get some additional leaks before this phone actually becomes official. All in all, the Nubia Z17 Mini seems to be yet another mid-range offering by the company, even though it seems to be quite a powerful device in its own right.