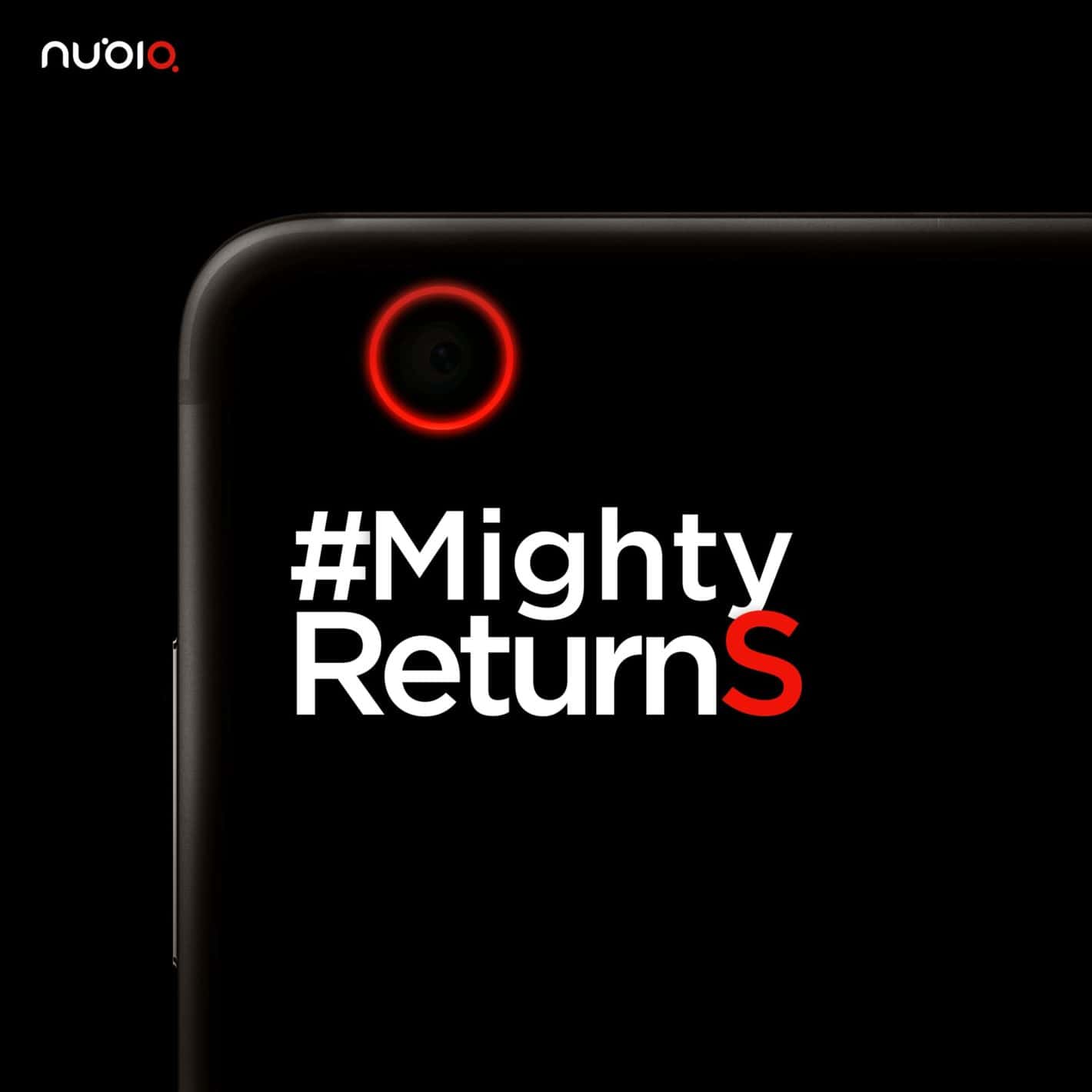 Nubia India has released the Nubia Z11 miniS teaser via their official Twitter handle. This teaser image shows a part of the device, along with a #MightyReturnS tag. That tag more or less confirms that the Nubia Z11 miniS is coming to India, following the announcement of the Nubia Z11 and Nubia N1 which landed in the country back in December. Nubia did say when will they launch this smartphone, but judging by the teaser, we can expect it to land within a week or two, at the latest.

Now, some of you probably already know that the Nubia Z11 miniS got announced at the end of last year in China, so we basically have all the necessary info, and know exactly what to expect for the India launch. That being said, this is a metal-clad smartphone which sports Nubia's circular capacitive key below the display, which is something we're used to seeing from the company. The power / lock, volume up and volume down physical keys are placed on the right-hand side of this smartphone, and a fingerprint scanner can be found on the back of the Nubia Z11 miniS. On the left side of the device, you'll notice a SIM card tray, and the phone was originally announced in Silver, Gold and Gold with Black color variants. That being said, this smartphone sports a 5.2-inch fullHD (1920 x 1080) display, along with 4GB of RAM and 64GB / 128GB of expandable internal storage. The device is fueled by the Snapdragon 625 64-bit octa-core processor, and a 3,000mAh battery is also included in this package.

The Nubia Z11 miniS sports a 23-megapixel shooter on its back, while a 13-megapixel camera is available on the front side of this smartphone, There are two SIM card slots included here (2 x nano SIM), one of which you can utilize to expand this device's internal storage using a microSD card. Android 6.0 Marshmallow comes pre-installed on the device, along with the company's Nubia UI 4.0 skin. The Nubia Z11 miniS 64GB and 128GB storage variants are priced at 1,499 Yuan ($222) and 1,899 Yuan ($281) in China, and you can expect them to be slightly more expensive in India.