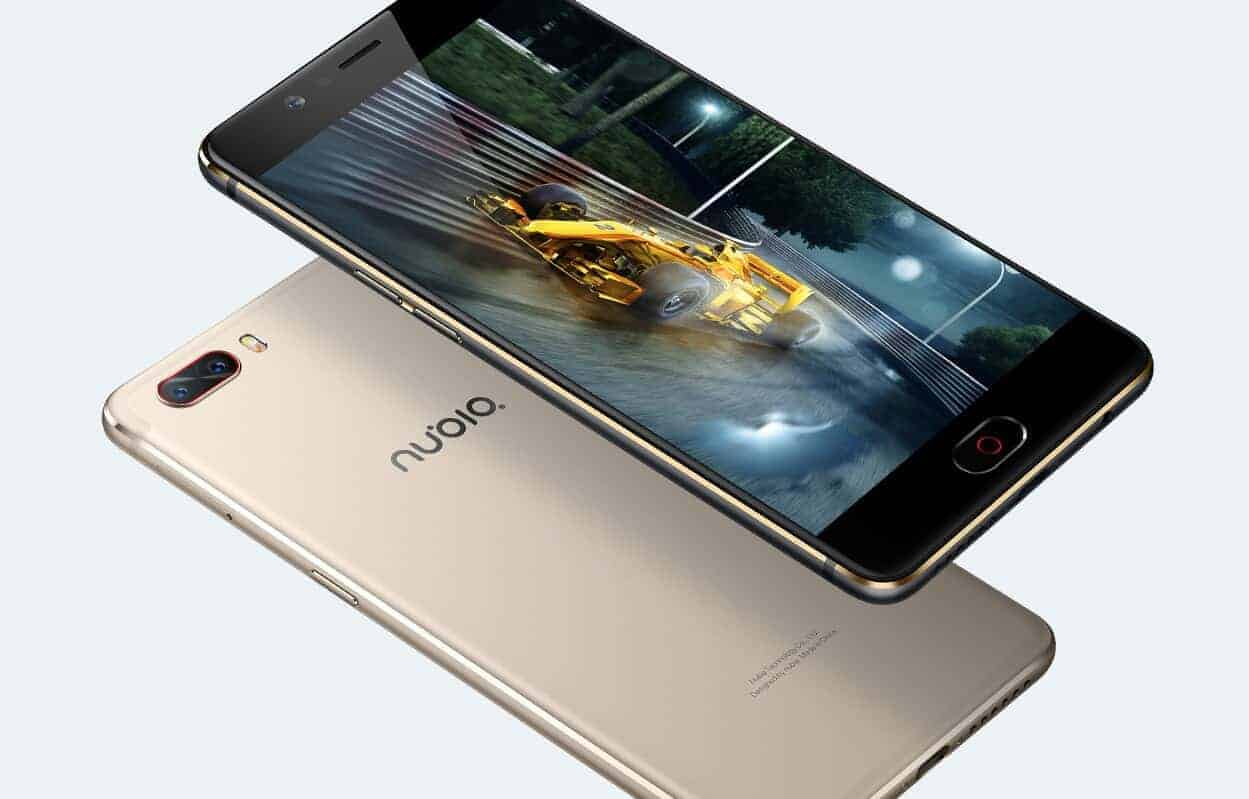 Nubia has just announced three new smartphones in China, the Nubia M2, Nubia M2 Lite and the Nubia N2. All of these phones are quite similar one to the other in terms of the design, but there are some differences on the outside, and the phones are quite different on the inside. That being said, all of these phones are made out of metal, and are aimed for the Chinese market, at least for the time being. That being said, let's take a look at what they have to offer, shall we.

The Nubia M2 is first in line, this is the first Nubia-branded smartphone which ships with a dual camera setup on the back. The Nubia M2 sports a fingerprint scanner below its display, and that button also doubles as a (physical) home key. The device packs in a 5.5-inch fullHD (1920 x 1080) AMOLED display, along with 4GB of RAM and 64GB / 128GB of expandable native storage. The phone is fueled by the Snapdragon 625 64-bit octa-core processor, along with the Adreno 506 GPU for graphics. There are two 13-megapixels cameras included on the back of the Nubia M2, one is a regular RGB sensor, while other one sports a Monochrome sensor, and both of those cameras are protected by a lense made out of Sapphire glass. A 16-megapixel snapper (f/2.0 aperture, 80-degree wide-angle lens) is placed on the front side of this smartphone, in case you were wondering. Android 6.0 Marshmallow comes pre-installed on the device, and on top of it, you're getting Nubia UI 4.0 skin. A 3,630mAh battery is included in this package, and it is not removable, while the company's NewPower fast charging is also included here. This phone also comes with the TAS2555 audio chip which offers Hi-Fi sound output with a 7.1 channel Dolby Sound support.

The Nubia M2 Lite is, as its name says, inferior to the Nubia M2. This smartphone looks almost identical to the Nubia M2, but comes with a single rear-facing snapper. A 5.5-inch 720p (1280 x 720) IPS display is included here, and this phone is fueled by the Helio P10 64-bit octa-core processor. The Nubia M2 Lite comes in 3GB and 4GB RAM variants with 32GB and 64GB of expandable storage, respectively. This phone comes with the AW8738 audio chip and supports 7.1 channel DTS sound effects. A 13-megapixel snapper (f/2.2 aperture, 5P lens) is placed on the back of the phone, and a 16-megapixel camera can be found on the front. Android 7.0 Nougat comes pre-installed on the device, with the company's Nubia UI 4.0 skin on top of it. A 3,000mAh battery is included here, and you're also getting a 5V/2A fast charging support. There are two SIM card slots included here, and you can use the second slot in order to expand the device's internal storage.

The Nubia N2 is also a metal-clad phone, it sports a 5.5-inch FullHD AMOLED display, and curved antenna bands. This phone also comes with a physical home button which doubles as a fingerprint scanner, and there are two SIM card slots included here as well. This device packs in 4GB of RAM and 64GB of native storage, while it is fueled by MediaTek's unnamed octa-core SoC. A 13-megapixel snapper can be found on the back of the Nubia N2, and a 16-megapixel shooter is available up front. A 5,000mAh battery is a part of this package, and it comes with 18W fast charging. Android 6.0 Marshmallow comes out of the box here, with Nubia's UI on top of it. All three of these phones come in Black and Gold variants, the Nubia N2 is priced at 1,999 Yuan ($290) and it will be available for purchase starting on April 8th. The Nubia M2, on the other hand, is more expensive, its 64GB and 128GB storage models cost 2,699 Yuan ($391) and 2,999 Yuan ($435), respectively, while the Nubia M2 Lite costs 1,799 Yuan ($261). We still do not know when will the two Nubia M2 devices become available for sale, though, so stay tuned.