Nixon says Android Wear 2.0 will hit The Mission in March, mid-March to be more precise, which means that users of this particular Android Wear smartwatch are not too far off from receiving an update to the latest version of the Android Wear software. While a select few Android Wear smartwatches already have the software available, such as the LG Watch Style, LG Watch Sport, and the recently announced Huawei Watch 2, any of the existing Android Wear watches that were available before the software was announced by Google in early February are still stuck on Android Wear 1.0. That being said, Google did make it known that most of the currently available watches were going to get the update, they just didn’t mention specifically when as this was likely something left up to the manufacturers themselves.

When it comes to Nixon, it would seem that Android Wear 2.0 is due to land in the next week or two so users will certainly want to keep an eye out for the software update to be made available as it could be coming any time now. With Android Wear 2.0, the Nixon Mission smartwatch will come with improved speed which means that users will likely see a noticeable improvement in the performance department. How much of a boost in speed and how noticeable it will actually be to users is unclear and won’t be more apparent until the update starts hitting devices and users actually have a chance to test it out.

In addition to speed improvement, the software update will also introduce all of the things that can be expected to come to every watch that’s scheduled to get the Android Wear 2.0 upgrade, like the capability to download standalone applications onto the watch as Android Wear 2.0 brings the Play Store to smartwatches, so users won’t have to mess with downloading the app to their smartphone first. It will also bring Google Assistant as well as enhanced messaging and fitness apps which includes notifications for Google Fit, watch faces that are customizable and display detailed key information, and a new ambient mode for the chronograph and timer functions that are available. When it comes to watch faces, Nixon is also introducing a couple of improvements to their own offerings as the update will bring along new colors for Nixon’s three watch faces, which include the Ranger, Sentry, and Unit watch faces. 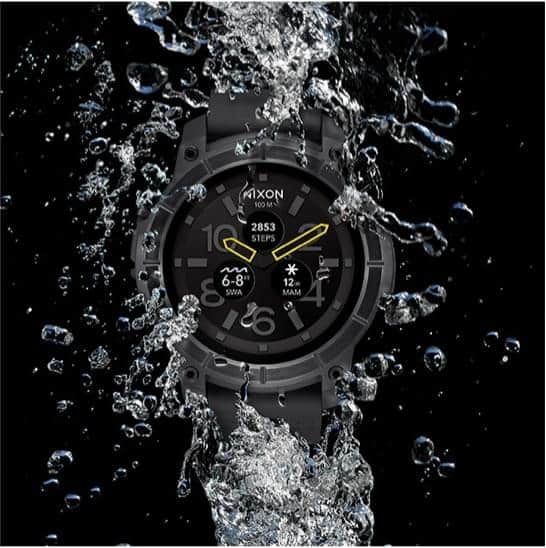