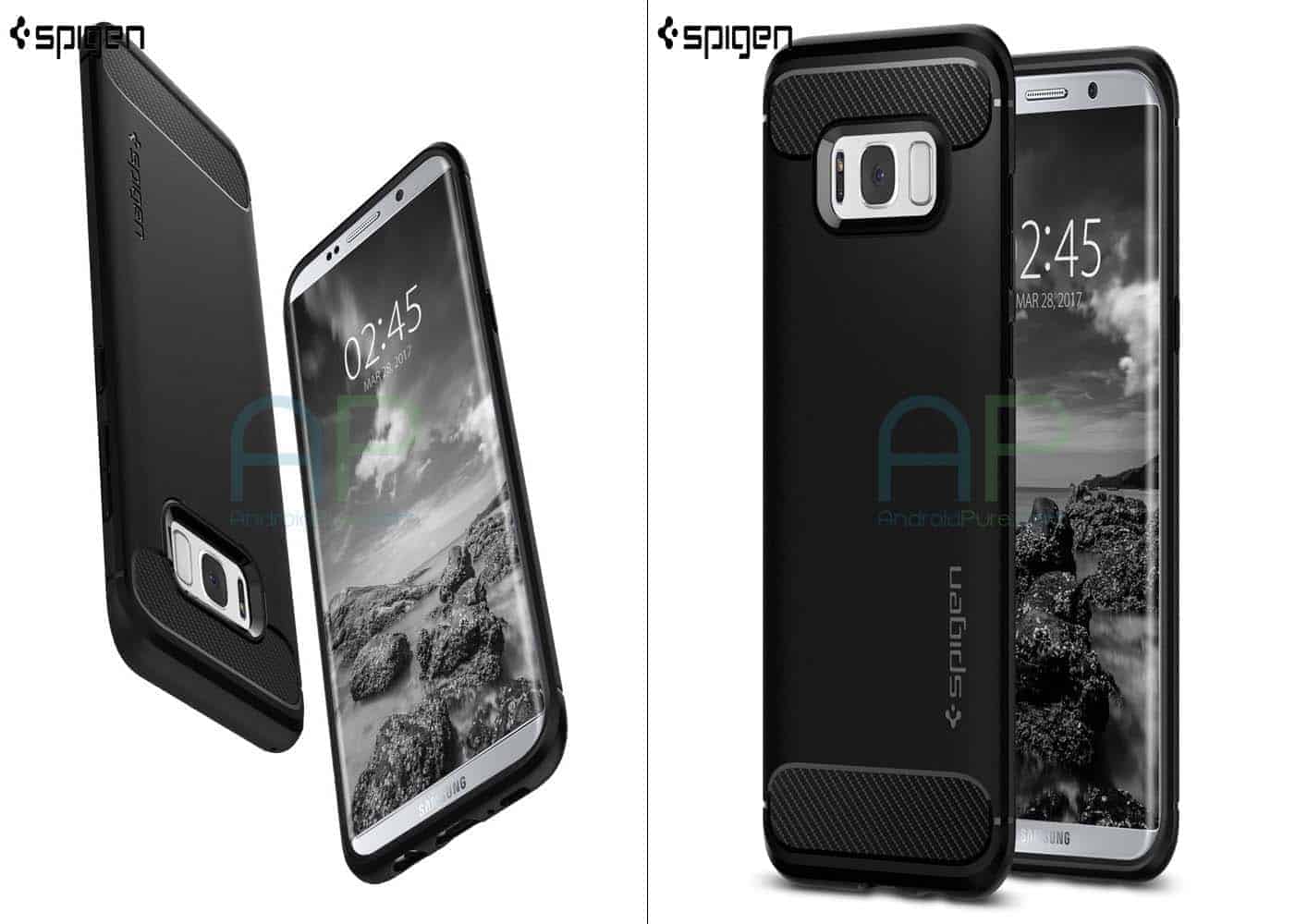 Nine renders depicting what's said to be a Spigen-made protective case for the upcoming Galaxy S8 have just surfaced online. The renders show a black case made of a flexible material that's similar to the Rugged Armor Case that Spigen released for the Galaxy S7 and the Galaxy S7 Edge last year. The U.S. manufacturer of smartphone accessories has already been supporting the Galaxy S lineup for many years, so even if these newly leaked renders aren't legitimate, there's little doubt that the company will release some protective cases for the Galaxy S8 and the Galaxy S8 Plus once Samsung's 2017 flagship duo hits the market this spring.

All of the leaked renders of the alleged Spigen case for the Galaxy S8 can be seen in the gallery below. Note that the images don't necessarily show an accurate representation of how Samsung's upcoming Android-powered smartphone will look like. While the design of the device shown in the images more or less corresponds to the phone that was already leaked numerous times in recent months, it also features a Samsung logo on the bottom bezel of the handset. If previous reports and leaks are anything to go by, the actual Galaxy S8 and the Galaxy S8 Plus won't feature any Samsung branding on the front. Samsung's next pair of high-end flagships is said to be fueled by the Exynos 8895 and the Qualcomm Snapdragon 835 chipset in certain regions and 4GB of RAM, in addition to shipping with at least 64GB of storage space. The Galaxy S8 will allegedly be equipped with a 5.8-inch screen, while the Galaxy S8 Plus is expected to feature a 6.2-inch one, though the display sizes of both handsets will likely be a bit smaller due to their rounded display corners. Apart from IP68 certification and an integrated iris scanner, the phones are also said to ship with Bixby, Samsung's new artificial intelligence (AI) assistant.

The South Korean consumer electronics manufacturer already confirmed that it's planning to unveil its 2017 flagship on March 29. According to recent reports, the Galaxy S8 and the Galaxy S8 Plus will start hitting the market in the second half of April.