Some Nexus 6 users on Reddit are reporting an update for their device, and the update in question happens to be the Android 7.0 Nougat update. Well, at first glance, it might seem there is nothing bizarre about this, until you realize that the Nexus 6 received the jump to Android 7.0 Nougat quite a number of months back, and is currently running on Android 7.1.1. So, this update is pretty much a downgrade for the Nexus 6, and if you do receive such an update, avoid downloading and installing it, as it will render your device useless as a smartphone.

Numerous Nexus 6 users on Reddit have complained that their device randomly crashes ever since installing the update, making the device unusable. If you do experience such crashes after installing the said update, it is best to sideload the official Android 7.1.1 Nougat Image as soon as possible, and this can be obtained from Google’s Developer site. The update will also bring your security patch to the October 2016 security patch, which the Nexus 6 received many months back. Previously, the Nexus 6 began receiving the March 2017 security patch a couple of days. On top of that, it seems that the OTA update is only being pushed out to Nexus 6 units on the T-Mobile network, so it could mean that this is a T-Mobile issue and not a Google issue. Either way, neither company have issued an official statement regarding the matter, but seeing as it is quite a serious matter, it is likely that a fix will be delivered in due time along with an official statement of course.

The Nexus 6 was Google’s flagship smartphone back in 2014, and was running on Android 5.0 Lollipop when it was first released. Android 7.1.1 Nougat was pushed to the Nexus 6 a couple of months back and it happens to be the last software update the device will receive. This is due to Google’s guarantee of software updates for two years for its devices, and that period has now ended for the Nexus 6. However, the device will receive security updates as it is still covered under Google’s policy under the time frame for security updates 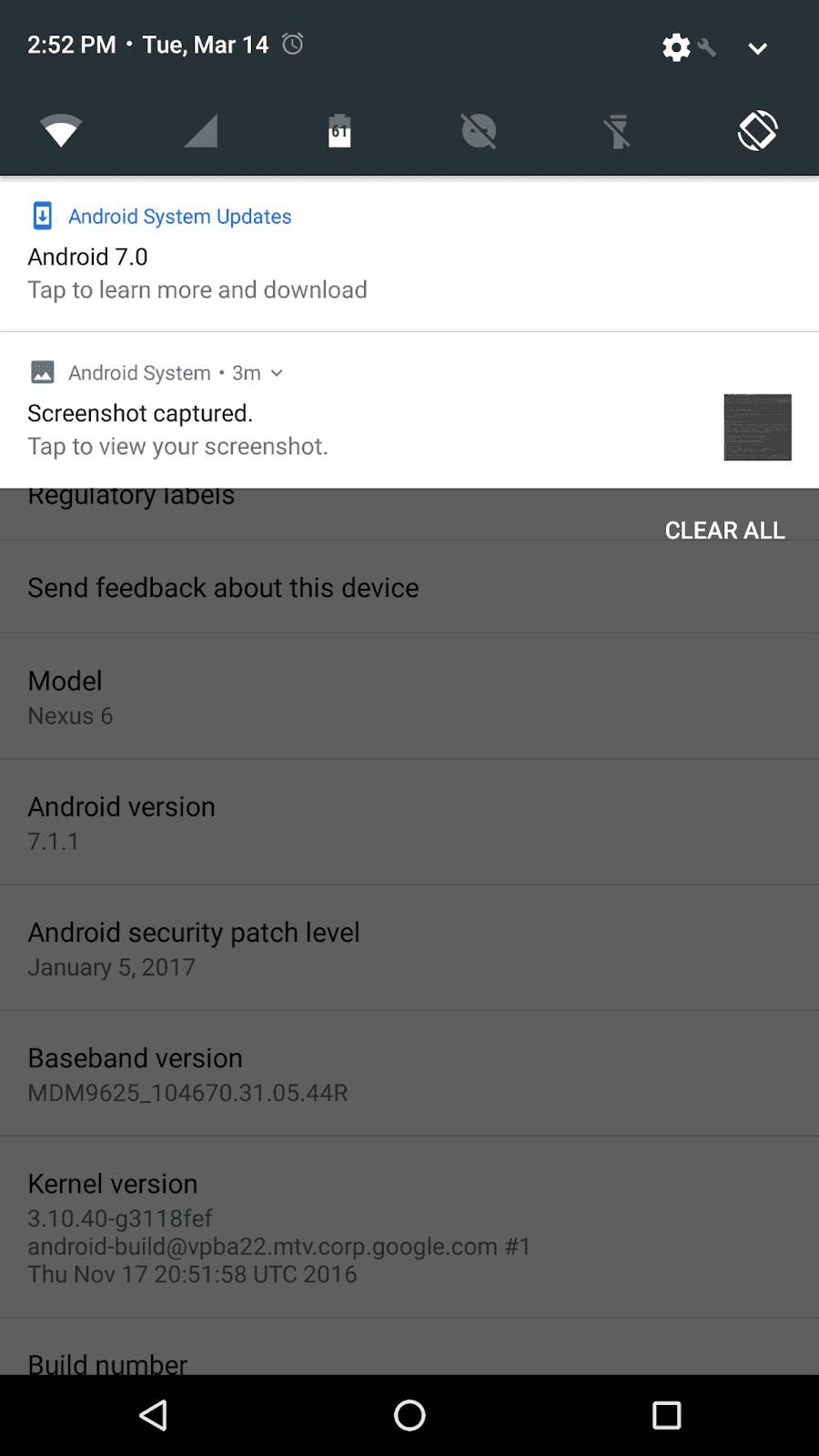