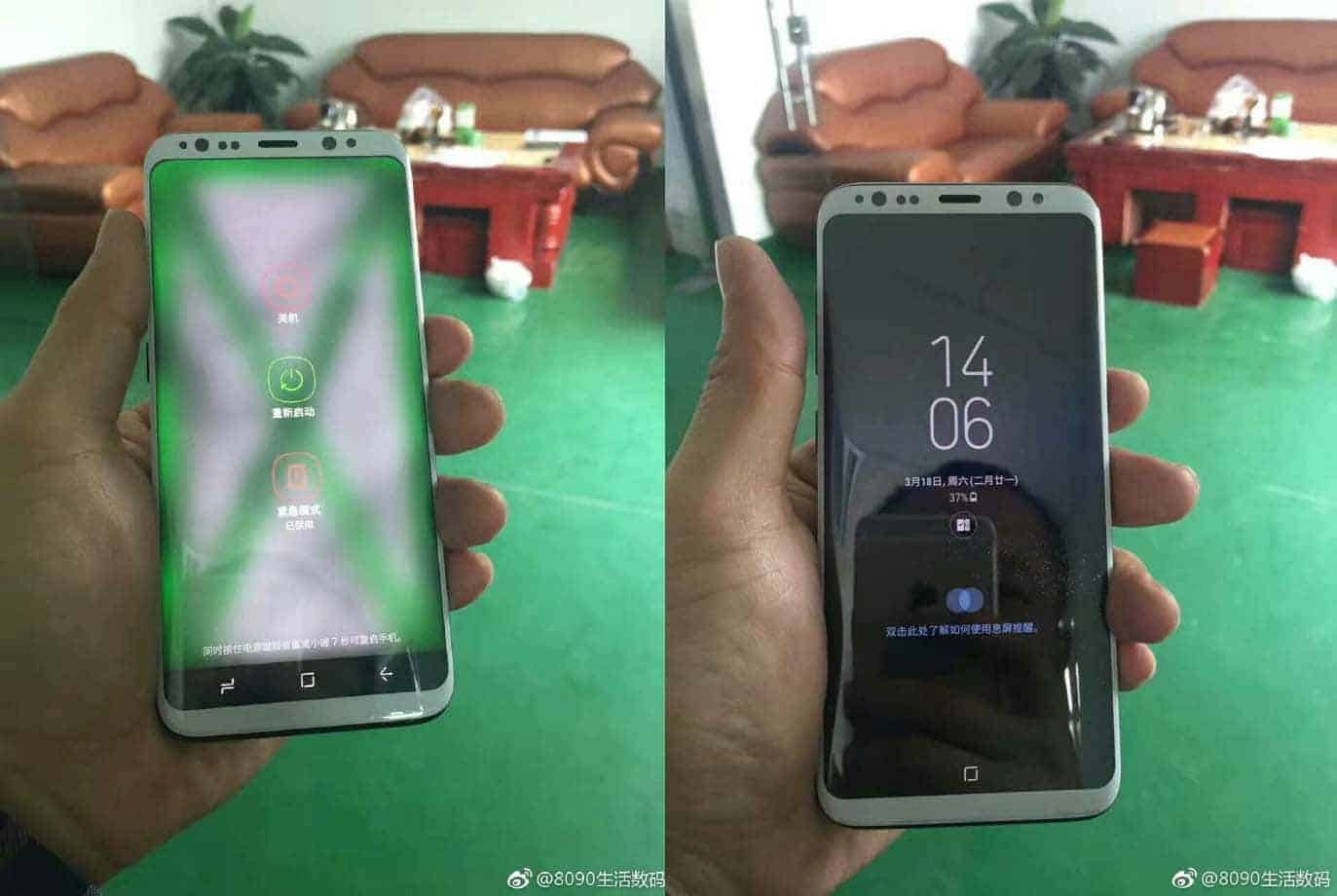 Newly leaked real-life images of the Galaxy S8 show some vivid screen protectors that will presumably be available for the device once it hits the market this spring. The four images show a device that has already been leaked more than a dozen times in recent weeks, and it seems that this latest leak also originated from some manufacturer of screen protectors. The fronts of the devices depicted below seemingly don't match the fronts of the Arctic Silver, Orchid Gray, and Black Sky variants of the Galaxy S8 that were recently leaked, so it's quite possible that the devices below are equipped with an additional layer of tempered glass that its maker decided to paint in another color. Owners of the Galaxy S7 Edge can already purchase similar screen protectors, so it's reasonable to presume that the Galaxy S8 will also receive its fair share of vividly colored accessories.

Other than that, the latest Galaxy S8 leak seemingly confirms a number of recent rumors about the device that have been circulating the industry since late 2016. Among other things, the newly leaked real-life images suggest that the Galaxy S8 will ship without a physical home button and will instead be equipped with on-screen buttons for navigation. The flagship seemingly sports an almost bezel-less case with an impressive screen-to-body ratio and features no visible Samsung branding on its front. The four images that you can see below also show an extra physical button on the side of the device that's rumored to be dedicated to activating Bixby, an artificial intelligence (AI) assistant that the South Korean tech giant is expected to debut with the Galaxy S8.

The Galaxy S8 and the Galaxy S8 Plus are said to feature 5.8-inch and 6.2-inch screens, respectively. Samsung's upcoming pair of Android flagships is expected to be powered by the Qualcomm Snapdragon 835 and the Exynos 8895 in certain territories, as well as 4GB of RAM. Base models of both handsets are said to sport 64GB of internal storage and a microSD card slot. Other notable features of the devices include a rear-facing fingerprint sensor, an iris scanner, and Android 7.0 Nougat. Samsung already confirmed it will unveil its next high-end smartphone on March 29, so more details on the device are bound to follow soon.