The Xiaomi Mi Note 2 is the company’s current flagship device which was announced back in October last year, and it seems like Xiaomi is getting ready to release a new variant of this phablet. A new version of the Xiaomi Mi Note 2 was spotted on TENAA, China’s equivalent to the FCC, their official certification body. This handset carries the model number 20152112, and it comes with identical specs as the original variant, at least some specs, as TENAA did not share its full spec sheet, so it is possible that there will be some changes.

So, all in all, it’s either a somewhat more powerful variant of the Xiaomi Mi Note 2, or a variant with a different display. In any case, we’ll have to wait for it to become official, because at this point we can only guess what we’re getting. The original Xiaomi Mi Note 2 is made out of metal and glass, while it has a curved display up front. The device is fueled by the Snapdragon 821 64-bit quad-core processor, and it sports a 22.5-megapixel EIS camera on the back. Android 6.0 Marshmallow comes pre-installed on the device, and MIUI 8.0 comes pre-installed, though the phone is now upgradeable to MIUI 8.2. If you’d like to know more about the Xiaomi Mi Note 2, make sure to check out our full review. 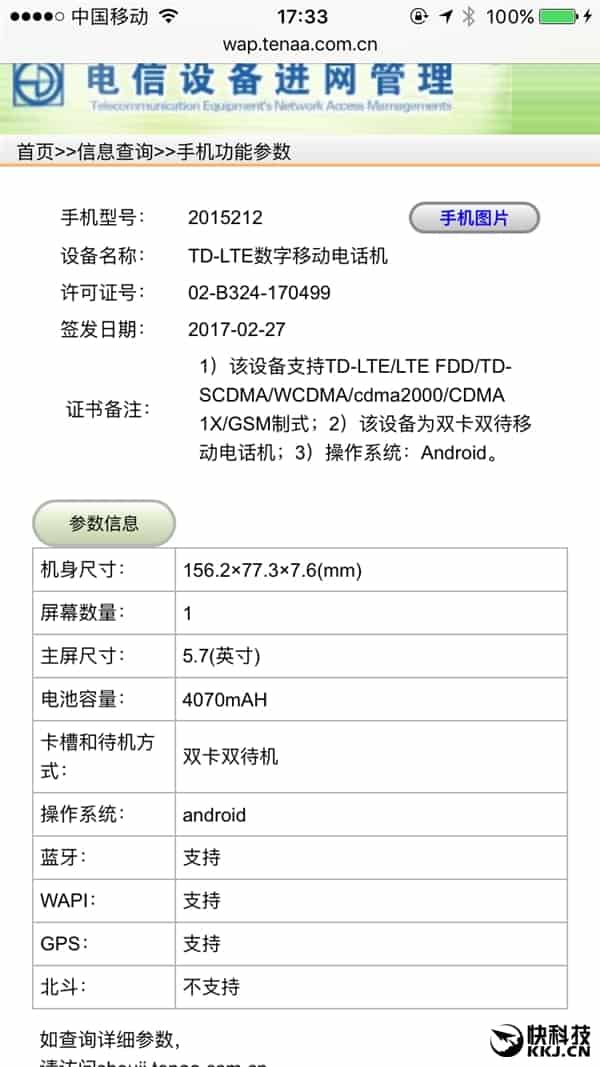